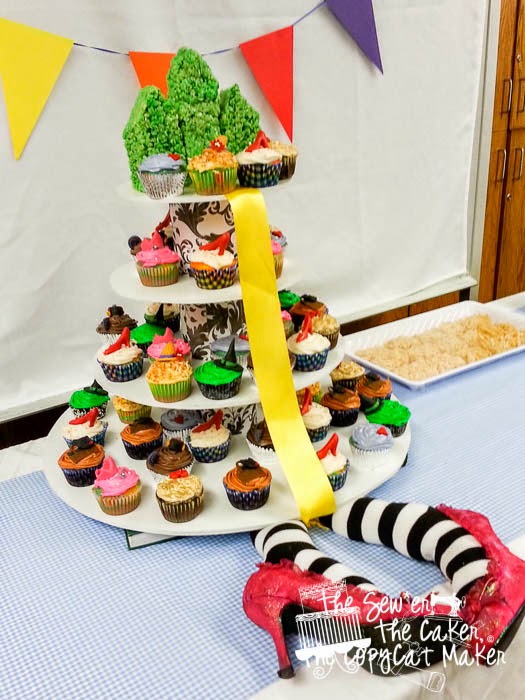 My sweet 16 year old daughter Madison made these fabulous cupcakes for her Young Women in Excellence event at the church this past week.  She was all on her own with my crazy order madness lately, but she made it look like they were made by an army of talented bakers. 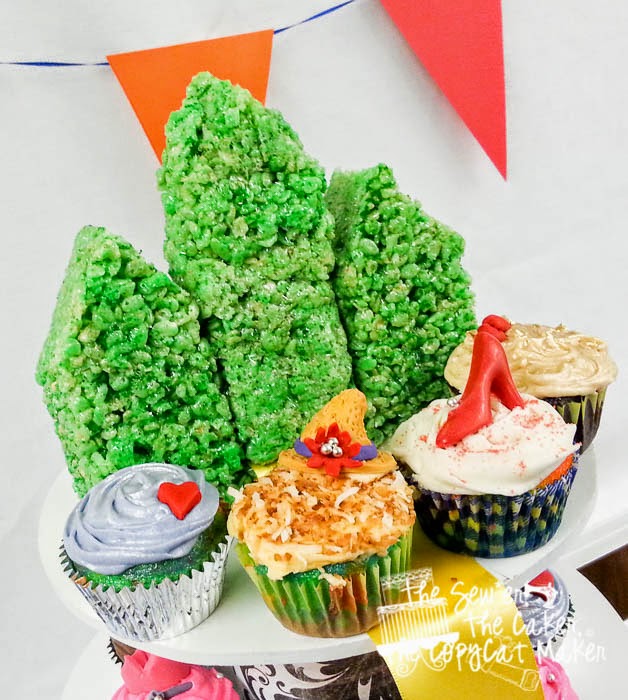 The event hosted a Wizard of Oz theme.  Madison, a cupcake wars addict, decided to make a cupcake to represent each of the main characters.  Here you can see the silver Tin Man cupcake complete with shimmering frosting and a fondant heart.  Next to that is the Scarecrow cupcake topped with toasted coconut and a fondant straw hat.  On the right is the vanilla Dorothy cupcake with sassy red sanding sugar and a chocolate ruby slipper.

She made a double batch of rice crispy treats, dying the marshmallow mixture green before stirring the cereal in, then cut the Emerald City out of the treats once they had cooled.  She brushed the city with Karo Syrup and then sprinkled green sanding sugar and shimmer flakes to get a shiny appearance. 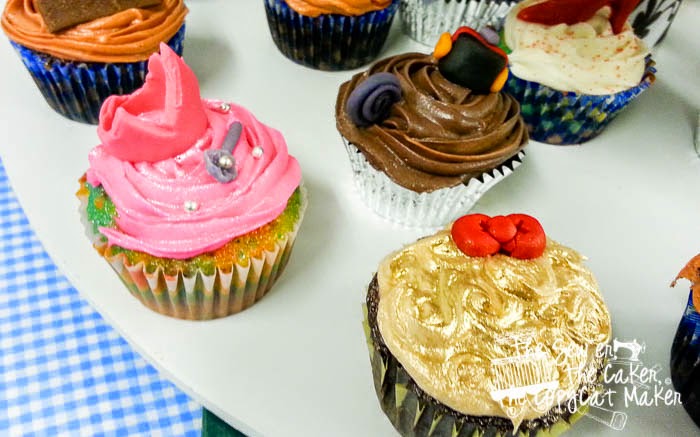 In this picture you can see the pink Glenda The Good Witch cupcake, with shimmery pink frosting, edible pearls, and a fondant crown/wand combo.  Just behind that cupcake, the flying monkey chocolate cupcake with peanut butter frosting, topped with a fondant tail swirl and bell boy hat.  Down in front is the gold Lion cupcake, also chocolate, with a swirly gold dusted frosting and hair bow {like the bows they put in the lion's mane at the Emerald City}. 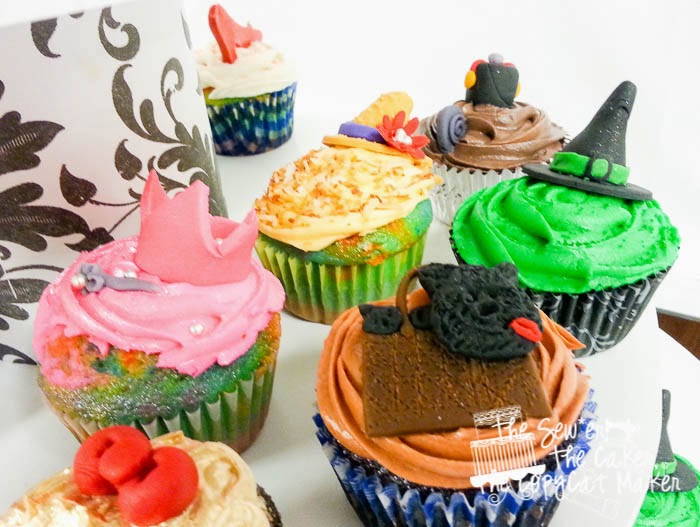 In this picture you can see the Wicked cupcake all in green mint frosting and topped with a fondant witch's hat. 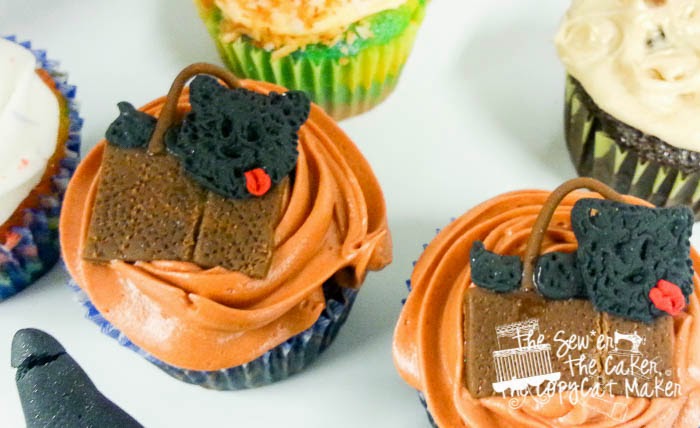 That just leaves the Toto cupcake.  Chocolate with swirly peanut butter frosting and topped with a fondant Toto in Dorothy's basket. 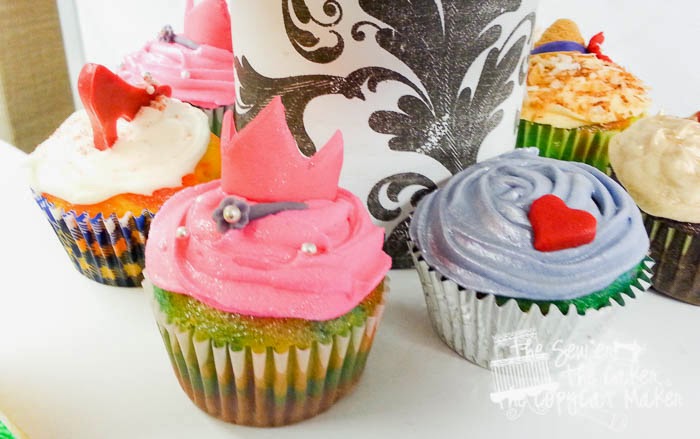 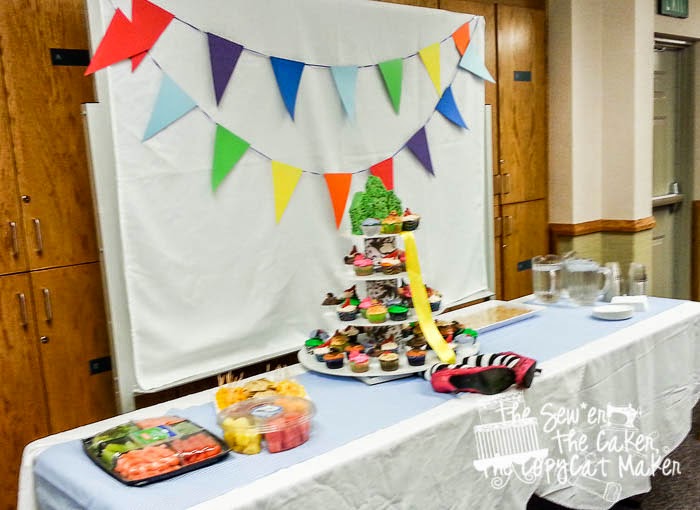 Sorry for the bad pictures!  The dumb phone camera works great some times and terribly at other times :0/

Anyway, the cupcakes turned out so cute!!!  Madison did a great job and her creations sure added to the excitement of the night. 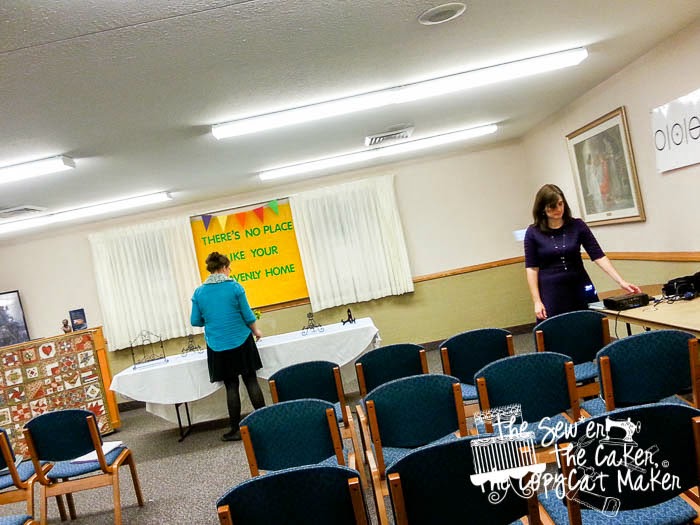 Annie, one of my Young Women from the class I teach on Sundays planned and put on the whole show tonight as part of her value project.  Great job Annie!  It was all so cute and fun to be a part of ;0}