While I'm on the Birthday Thing... 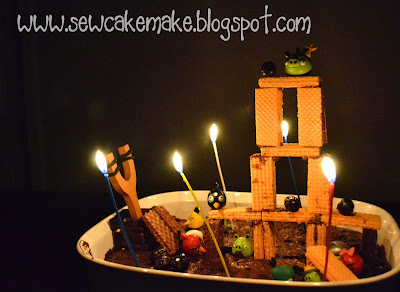 So Hubbs birthday landed squarely two days before Super Saturday.  Are you sick of hearing about Super Saturday???  I am.  Anyway, I was determined not to forget him so we took a day off of the crafting craziness and had a party.  An Angry Birds Party!!!  Daddy got two angry birds t-shirts for his birthday.

Here is my favorite... 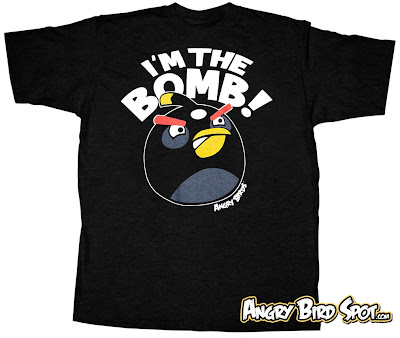 Cause Hottie Scottie is the Bomb!
OK, That's enough of that... Today was another one of those, "I can let go and let my kids have fun...Everything doesn't have to be perfect   all the time..." moments.  I set a cooled pan of Reese's brownies before the young-ens, along with packages of sugar wafers, root beer barrels, and Little Debbie Brownies, and let them have at it. 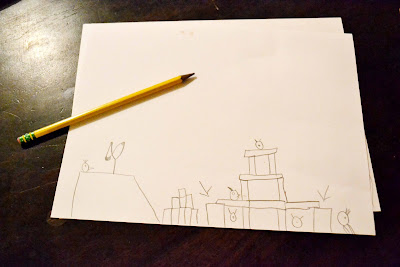 The kids has so much fun.  They worked together and were very professional, like real cake decorators.  They sketched the arena first, then set out to create. 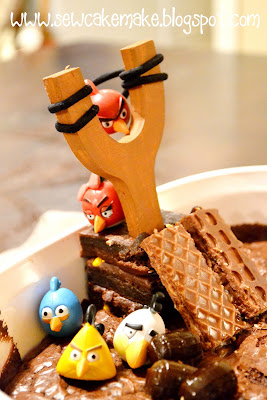 The Sugar Wafer pillars kept falling over so they ended up gluing two together with chocolate frosting.  That was the trick. 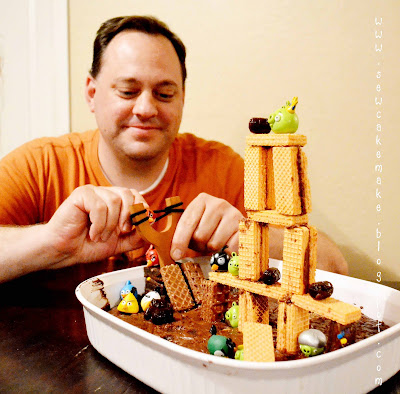 In fact, Dad had a hard time knocking the darn things over :0} 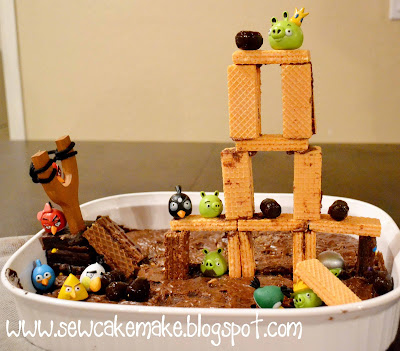 I may just put them in charge of all future birthday cakes and spend a little more time sitting down myself.
p.s. we bought the angry bird figures on Amazon.com 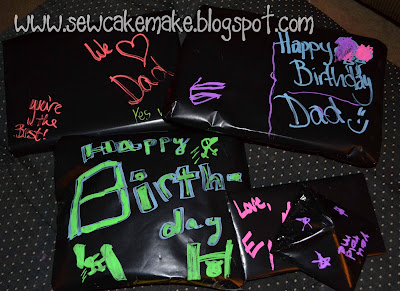 One other thing we did that was kinda cool, we wrapped Dad's presents in black wrapping paper, then used the chalk pens we bought a while back to decorate.  I am sure you could do the same thing with kraft paper, but I don't think it would look as cool.  It was so fun we were fighting over the pens...like a flock of Angry Birds :0}