I saw this idea on Pinterest {link not available} and HAD to try it!  We happened to have two packs of glow sticks from the dollar section at Micheals just sitting around.  I dragged my husband into the back room to stuff eggs with glow sticks, then wrangled the kids into the car for a late-night drive around the country block to "see the stars." 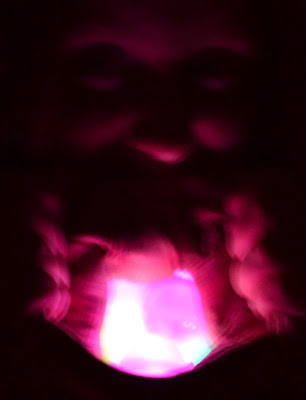 They had NO idea what was waiting for them at home.  We unlocked the front door and watched as is slowly opened.  The kids just stood there in amazement.  Seeing the front room, completely black, except for the soft glow of the "hidden" Easter eggs was simply magical. 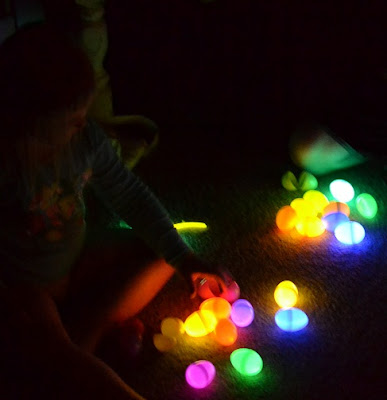 The kids giggled and laughed as they ran from egg to egg, gathering them up in their baskets.  They sat down to see their spoils and that was when the real fun began. 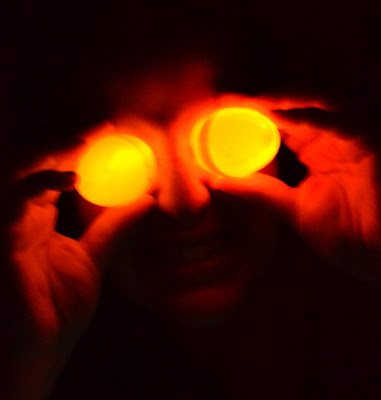 They played, and played and had a moment of total enjoyment.  We sat there as a family, purely enjoying that one moment and forgetting all the craziness and traumas of life. 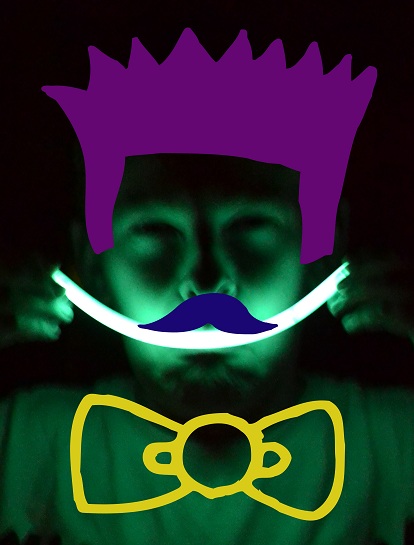 After a while of goofing off, the egg fight began.  We were chucking those eggs at each other till they popped open.  Then we were throwing the glow sticks :0)
I am telling you, BEST TIME EVER! 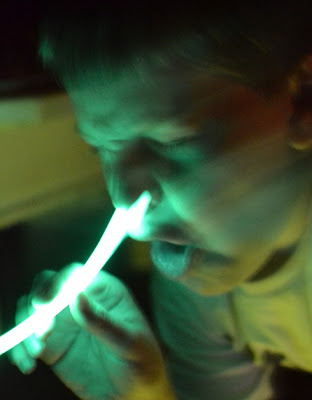 I am not going to say that things didn't get a little out of hand, but we seriously had a great time.  Whoever first thought of this idea...Bless YOu!  We will be having a surprise glow-in-the-dark egg hunt every year....and maybe not just at Easter.  I am an egg-keeper so we could actually do this any day we want :0)
Hint: tie the glow sticks into a knot {pretzel shape} and they will fit into the eggs-much easier than trying to roll them up or something.