Truvia In My Test Kitchen 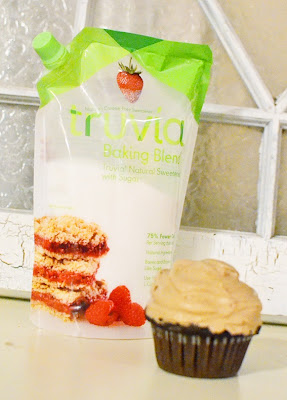 A few weeks MONTHS ago a very sweet marketer from Truvia contacted me and asked if I would like to try out Truvia Baking Blend in some of their own tested recipes.  Always up for a baking challenge, I accepted.  This pouch of Truvia Baking Blend arrived on my doorstep along with a fun booklet of recipes to try.  Now that things have finally died down I am super excited to hit the kitchen and see what I can bake up with 75% less sugar! 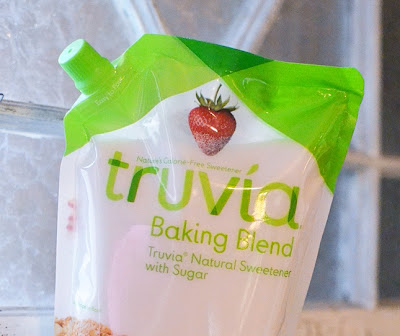 You can check out the facts on Truvia baking blend at their WEBSITE, but I will share a couple facts with you.

It is a known fact that many baked goods require sugar for taste and texture, but Truvia has created this baking blend to combine the baked good's need for sugar and your desire to cut it out into one convenient package.  Truvia uses stevia leaf extract and erythritol along with way less sugar to reduce 75% of the calories normally in sugar, while maintaining sugar-like taste and texture!!!

Substitute powdered sugar by adding 1 teaspoon of cornstarch to 1 cup of Baking Blend.

Truvia Baking Blend can be used in place of sugar in canning and jelly recipes!!!  That is super exciting.  It holds up well to high heats which makes it perfect for lowering the sugar in your favorite home-canned jam!  Yay :0)

The Truvia Baking Blend has just recently been released in stores.  If you don't see it in your local store, go to customer service and request it! 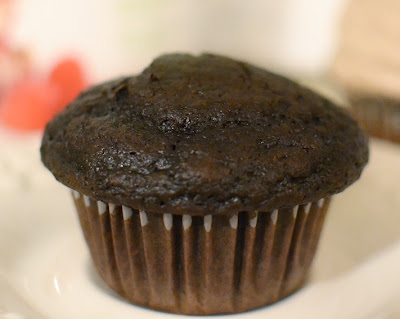 Now to share my results!  I have to say, first, I was NOT paid to make this post.  Second, the "Caker" portion of my title up there is a rather HUGE part of my name lately.  I will admit, I wasn't super excited to try another sugar substitute in my baked goods, but my whole family was pleasantly surprised by Truvia!

The one thing I will say is don't taste the batter.  It isn't yummy....just one more plus to add to the pro-Truvia list, no more batter tasting. 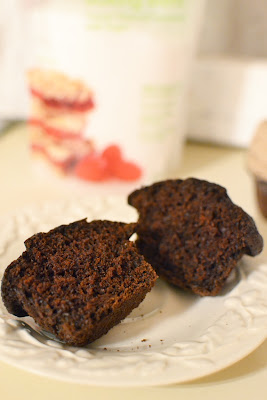 You can find the recipe I used HERE.
I followed the recipe exactly, other than baking a few less minutes {I always do, even with cake mixes} and was so happy with the cupcake.  The color was deep and rich, the texture light and fluffy.  When you bite into the cupcake there isn't a strange taste common with sugar substitutes.  It was simply less sugary, but tasty.  We are frosting fans around here {Emmers won't even eat cake, just frosting} so I made a frosting I found on Pinterest, slightly modified.
Truvia also offers a frosting recipe I would like to try.  I just had in my mind to try this pudding recipe and had to give it a go first. 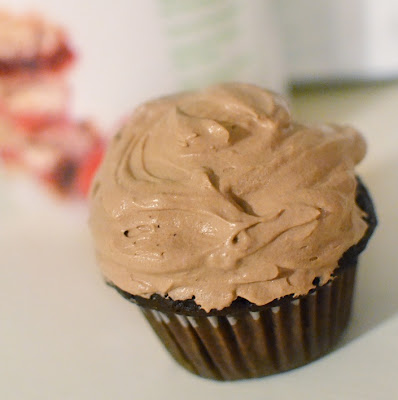 For that pudding frosting, it said to mix one box of instant pudding {I used sugar-free} with half of the milk listed and whip, then add one carton of cool whip {I used the South Beach authorized "Lite" version}.  So simple and totally delicious.  That frosting smeared on the Truvia cupcake was heavenly.  My kids AND my husband were asking for seconds.  At 75% less sugar, my response is "SURE!" 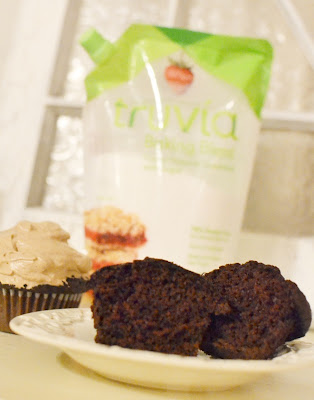 Now that I have seen how great the cupcakes turned out, I am excited to try some more recipes!  I  also plan to try some of those substitutions and I will let you know how they go.  Up next, sugar cookies.  I figure if that recipe can work with the Truvia Baking Blend, I am totally SOLD!

Email ThisBlogThis!Share to TwitterShare to FacebookShare to Pinterest
Labels: Sponsor