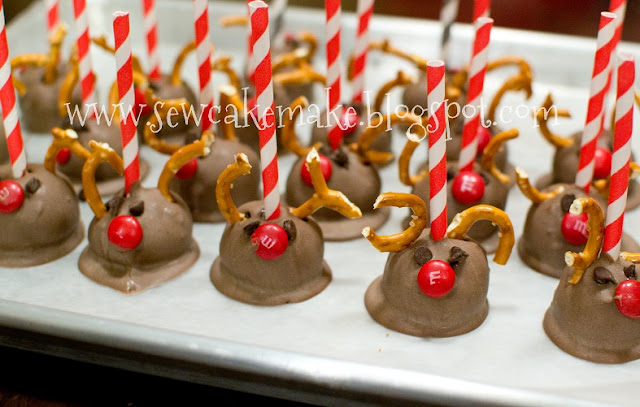 Emmalee and Eli both needed treats to take somewhere today, so last night we made some reindeer cake pops.  I was a good mom, I just have to say.  I made the oreo mixture, had the kids do the rolling.  I sticked and dipped the pops, but I had the kids break/form the pretzel antlers, put the mini chip eyes on and Emmalee rocked the red m&m noses! 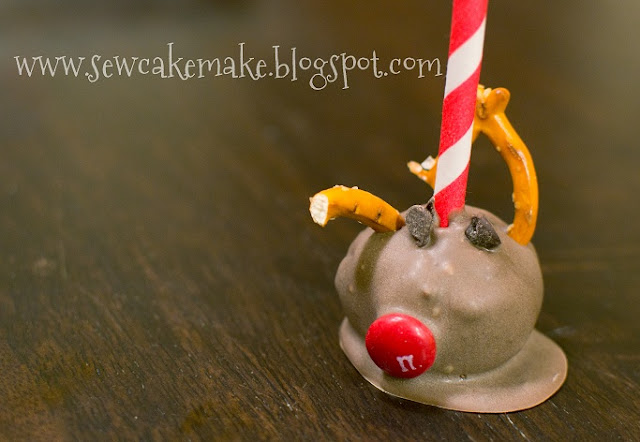 Now...a few ended up looking a little rough, like they had grown up with ogars instead of fellow reindeer,
but all in all the kids did a really good job making the pops themselves.  It was super exciting, for Ems at least, to say she made them herself. 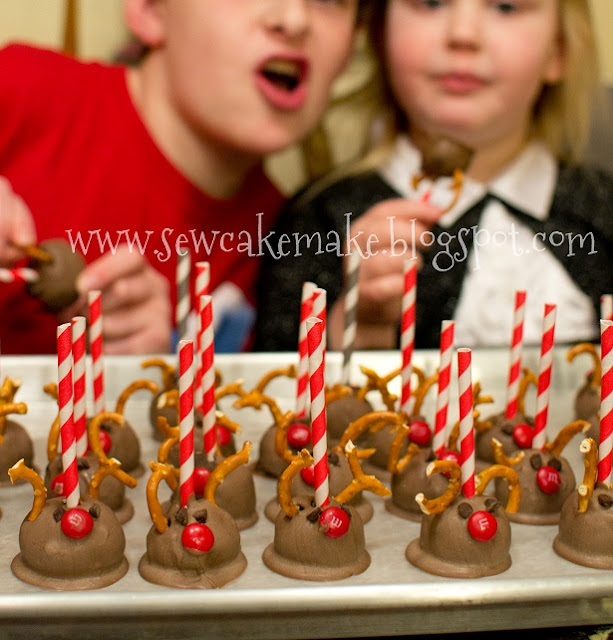 I think together they made about 60!
Slave child labor is the best ;0) 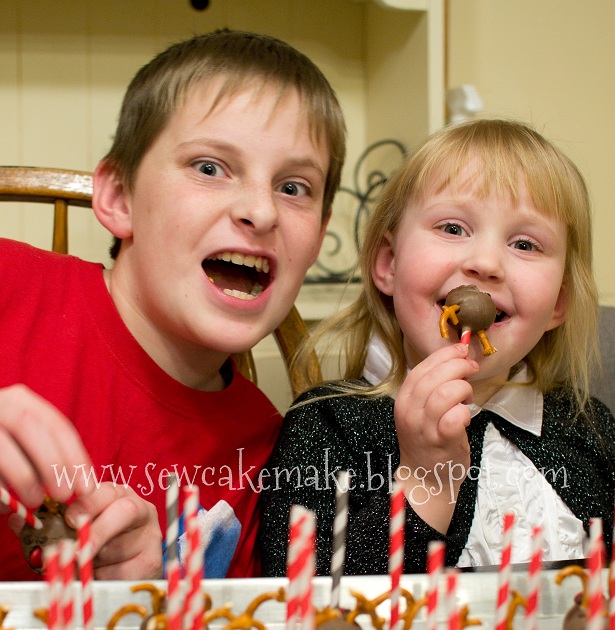 Apparently the pops tasted good too.  Lets just say that 60 didn't make it...we were a few less in numbers when it came time for the reindeer to fly. 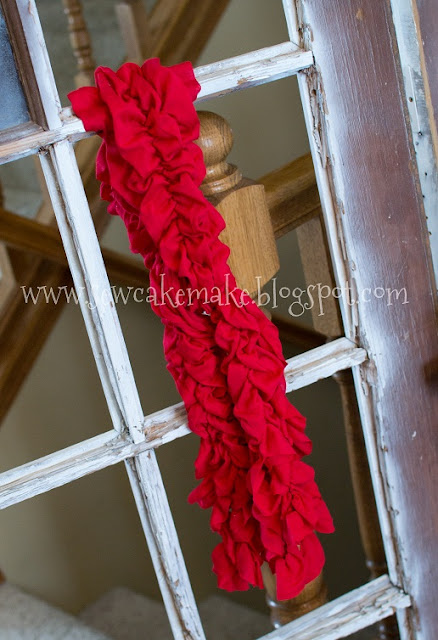 I realized this morning that I had totally forgotten the Christmas present for Emmer's preschool teacher that was supposed to accompany those cake pops.  I am proud to say, in 15 minutes flat, I produced this red Christmas scarf!  Granted, everything I own craft-wise is spread across my basement so I didn't have to get a thing out, just sit down and sew :0)

*Phew*  Crisis averted.  Now to get back to business, that basement of mine....