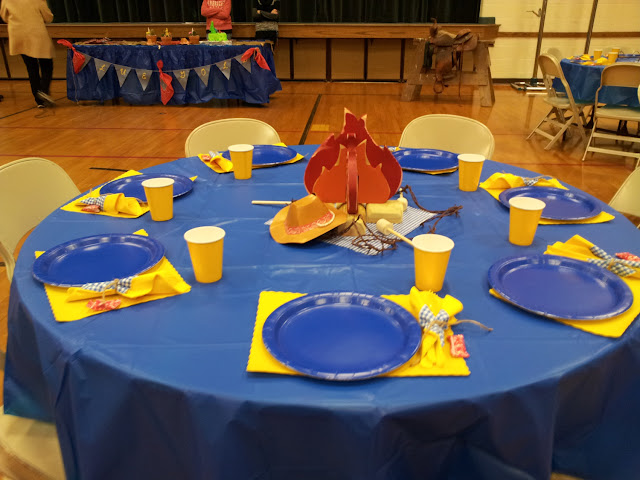 I had a recent order on Etsy for several Wooden Fire Pits from a new customer.  Her Etsy name is SewBrina and her shop is stocked with fabulous sewing creations itself.  It is always fun to do work for a fellow Etsy-ist.  Not to show off or anything, but she just showered me with praise for the fires and how they added to her Blue and Gold Banquet.  I just told her she was crazy.  Judging by all the stuff she has going on in these pictures, it wasn't my fires that made the event amazing, but SewBrina herself! 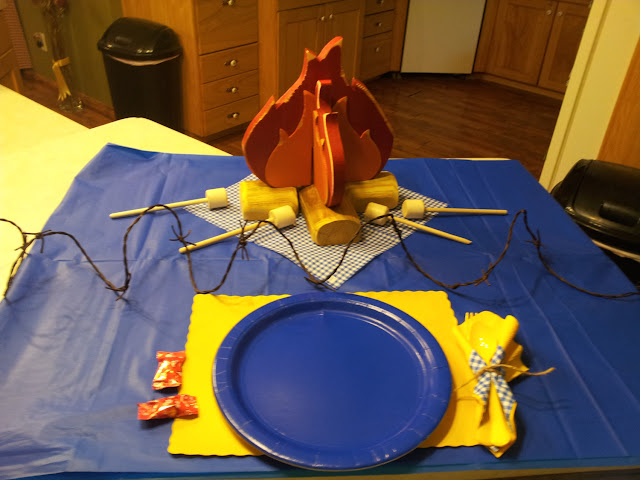 Whatever the case, I totally LOvE praise, so I will accept it.  But seriously SewBrina, you really took things up a couple notches ;0) 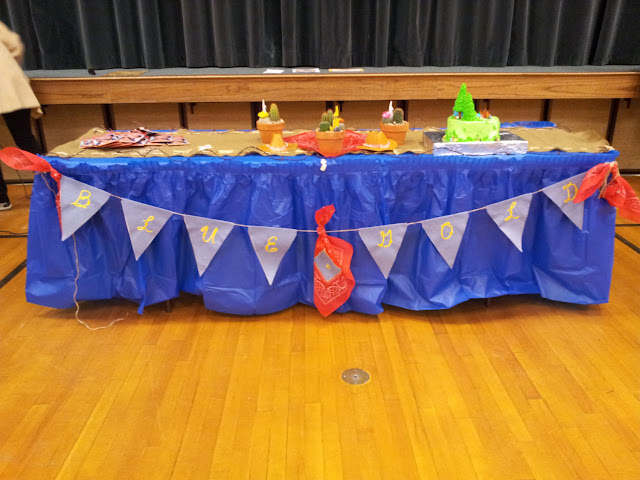 I love the pennant banner and those cacti.  Awesome touch.
And before you leave, go back up to the first picture and check out that sawhorse horsey in the background!  I totally LOVE it!!!

Here is a little note from SewBrina:
We put saddles on the saw horses and had a few strewn about the room.... We had a cowboy come and do rope tricks, cowboy poems and play harmonica for us... it was great watching the boys (and their sisters) attempt to rope the fake steer we had there. I got that fake barbed wire from a party store online called Zurchers. It was so real we had many who hesitated to touch it. I had a few blooming cactus on the cake table up front which was really fun! I used Burlap to cover the table and then had a red bandana and then the cactus. I used Wanted Posters and put the boy's pictures on them also. And Everybody had a big handlebar mustache to wear. It was great fun. The best part was that it was a short event and everyone got to head to their bunks early.

Super good job SewBrina and I wish you a speedy recovery from all your efforts!
....and, um...I want one of those earbuddies for my girlie Madison...and maybe Eli and Emmers too ;0)

Email ThisBlogThis!Share to TwitterShare to FacebookShare to Pinterest
Labels: All Me, Cub Scouts