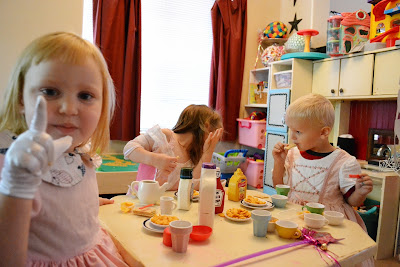 Well, I have been a little MIA lately, but not due to lack of activity :0)
I have been working with a vengeance on clippie orders I am desperately behind on.  While making good progress, I have been trying to keep up with everything else.  We have taken a few breaks for tea parties and such...which just reminds me that I need some "guy" dress-ups for poor little Chase.  I am planing to make some, already bought the stuff and started, but it will probably have to wait for next week.
This week is BOOKED!
With all the craziness around here, I thought I would show you a couple things we did for a little birthday party we had here last week.  The two main projects came courtesy of Pinterest, the most fabulous site EVER!  I call it the Facebook for projects-my kind of social networking!  Now I can check in with what is crafted across the world, what fabulous things my friends have found, without the inevitable weird statements that pop up on your feed, if you know what I mean :0) Love, love, love to Facebook, baby! It's been great...and I still want to be friends, But Pinterest is the new boyfriend :0)  I am gonna stop cause I think I am digging myself into a hole here...
Anyway, first project... 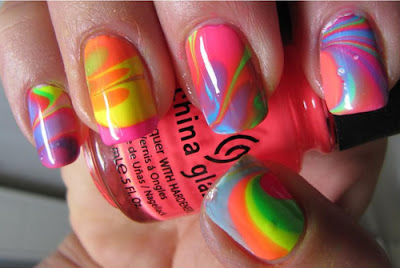 {Source}
Marbled Fingernails!  A MUST TRY!!! 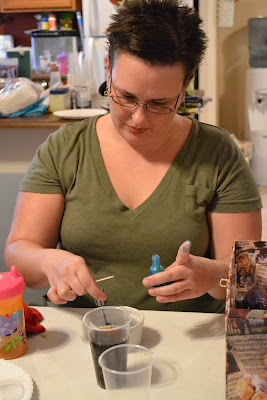 Be prepared for tons of wasted fingernail polish... 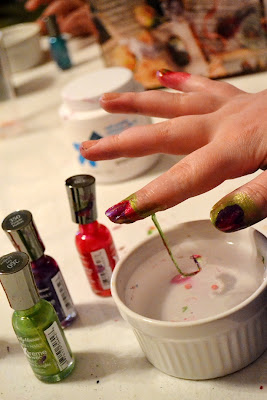 And TONS of MESS!
Yep, you drop the fingernail polish, drop after drop into water, plain ordinary water.  Once you have your colors all there, take a toothpick and swirl.  You should know that the polish forms a skin on the surface of the water.  I did not get this to work well on Emmalee's fingernails.  I would think twice about trying it on little kids, but we managed to make it work on ours.  I think you can safely say you can marble all of your own fingernails.  I did stumble upon this video tutorial...the smart lady taped off her nails so that she didn't have this to contend with after... 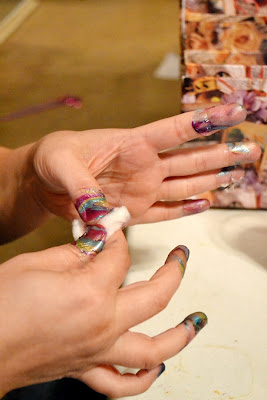 Yeah, but look at Mary's nails.  Aren't they gorgeous!  And they dry surprisingly quickly and are strong.  I never pain my fingernails because of all the torture I put them through during the week {especially whilst doing dishes by hand...STILL} but this polish stayed on flawlessly for almost a week!
HERE is another video tutorial if you are wanting to see more.  I would strongly recommend watching someone else do it first :0) 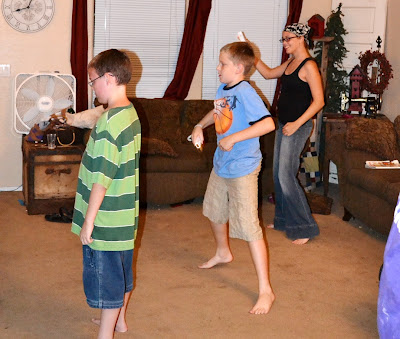 We took a little "Just Dance 2" break, then had a little cake... 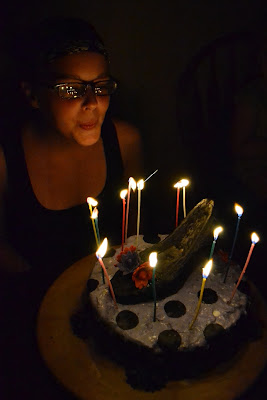 Um, do you see that darling cake that my Madison made all by herself!?!
Here is another look... 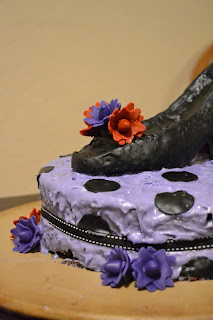 A little drippy, but so very cute for a 13yr old!
She made the shoe with a chocolate mold we got from the cake supply store in Phoenix.  She made a batch of rice crispies and covered it with fondant.  She also tinted and constructed all the flowers all by her independent self too. 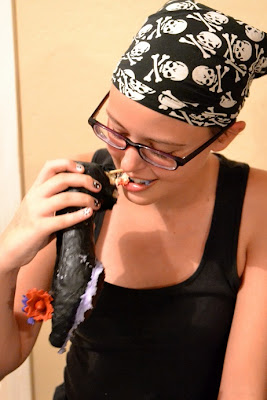 It was too funny to see Ivy eat the shoe.  You don't see that very often :0)
Once the sugar rush hit we made our second project... 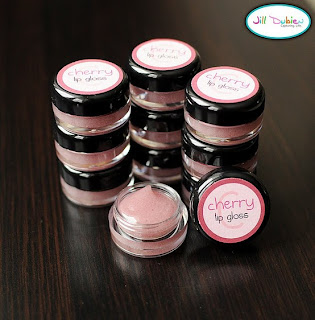 {Source}
Homemade lip gloss!
My jars were not adorn with cute little sticker labels, but we gave the lip gloss a try.  The only two ingredients, Vaseline and Kool-aid! 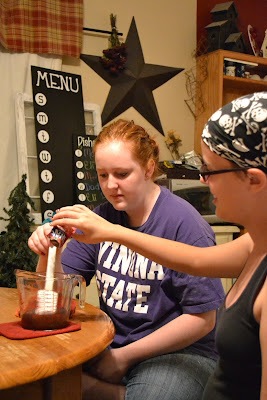 You heat up 1 cup of Vaseline {stirring every minute or so} until totally melted. stir in a packet of Kool-aid, and mix. 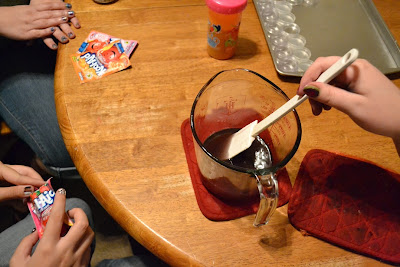 We never did get the Kool-aid to totally dissolve, but when the stuff cooled and hardened it was great! 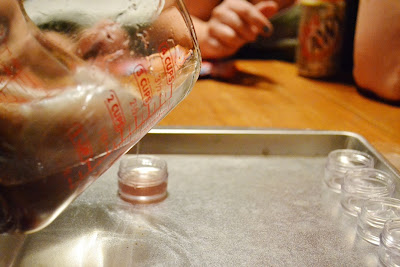 It was the equivalent of colored Vaseline, but a totally fun and easy project for a bunch of girly girls.  Please note that the lip gloss gets deeper in color as it cools.  We were disappointed at first that the stuff didn't look very colored, but it got there.  I was also thinking that there would be a grape-y flavor or smell to our lip gloss...no luck!  Guess you have to add flavor oil or something, but loved the gloss anyway!
That's all I have for you today.  I will be back shortly with more Super Saturday projects, dress-up clothes and a peak at our fabulous tea party planned for Emmalee's belated birthday party.
See ya soon!

Email ThisBlogThis!Share to TwitterShare to FacebookShare to Pinterest
Labels: Girly