We had the totally fun privilege of hosting a Hasbro's Happier New Year's Game Night provided by Hasbro and HouseParty.com this year. 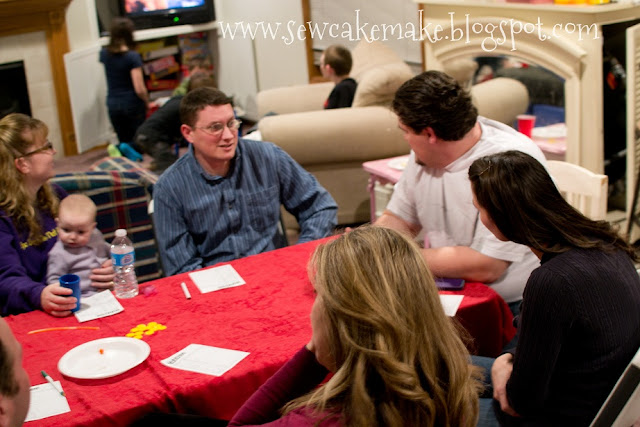 The house was swarming with happy children and the adults had their own fun playing Yahtzee and Draw Something, compliments of Hasbro. 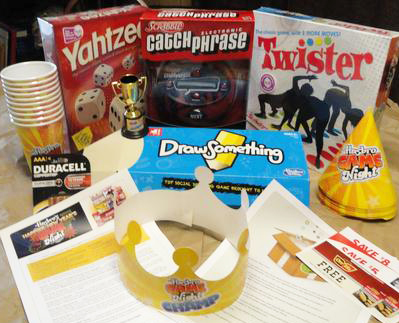 {source}
If you have never heard of House Party, it is a web site that works with various companies to bring products right to you and your friends via a party :0)  You make an account, read about upcoming house party opportunities, then you can apply to host a part.  If you are accepted, HouseParty.com will supply you with free products and/or coupons to put the party on.  Here is a picture of all that Hasbro supplied for our game night:  Yahtzee, Catch Phrase, Twister {with two new moves}, Draw Something  coupons, batteries for the games, cups, hats, and a crown and trophy for the ultimate winner. 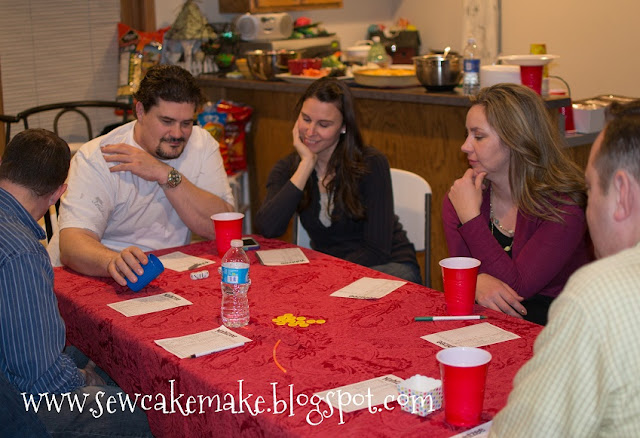 We started out with Yahtzee while the kids started with Catch Phrase.  I never knew 8 adults could play Yahtzee at once!  One suggestion if trying out a large Yahtzee playing group of your own, have a second...and maybe even third cup of dice.  It will keep the game play a little faster :0)  Still, we really had fun chatting between turns.  That is probably why our game lasted over two hours. 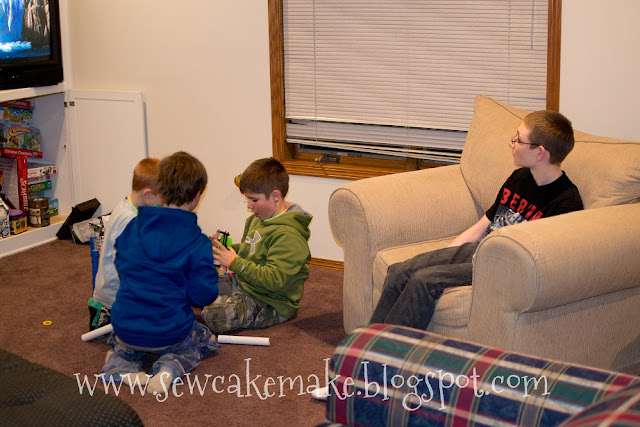 While the teens were upstairs playing Catch Phrase, some of the boys dove into our game cabinet or watched a movie. 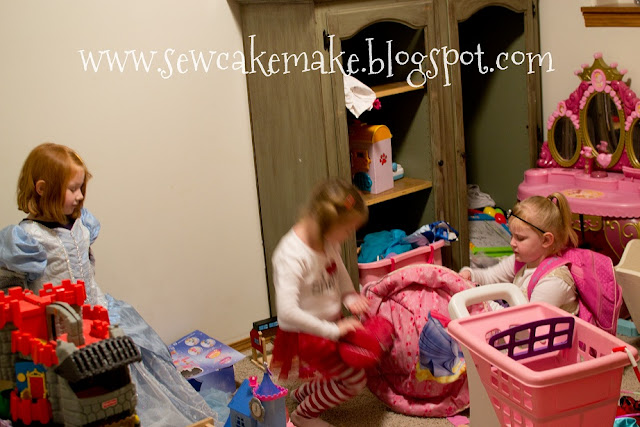 The girly girls on the other hand, were all about the dress-ups!  They played for like 4 hours straight.  When I finally looked into Emmalee's eyes at bedtime I felt like she had been on a long trip :0)  What a blessing little friends are to mommies.  I don't think I have had 4 straight hours of my own free time in years. 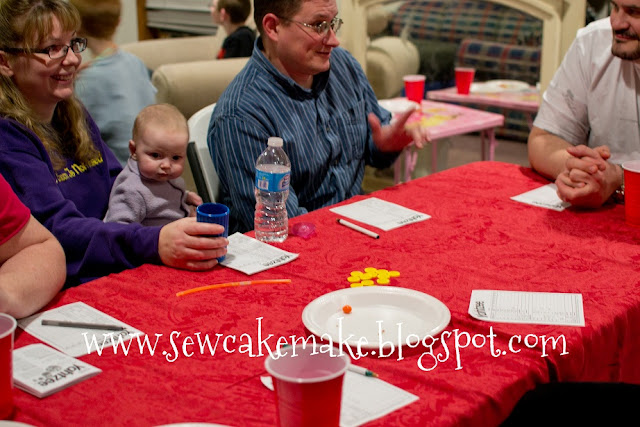 This is a picture Eli, my 11 year old son, took of the party.  Looks like I will have to give him a lesson in keeping people in the picture :0)  It was still so cute how he took ownership of this party.  With Madison in California marching in the Rose Parade, I was a little worried how we were going to throw a party days after Christmas and my birthday.  As it turned out, Eli was a fabulous help.  Most things I needed him to do, he did before I could even ask.  I love that boy! 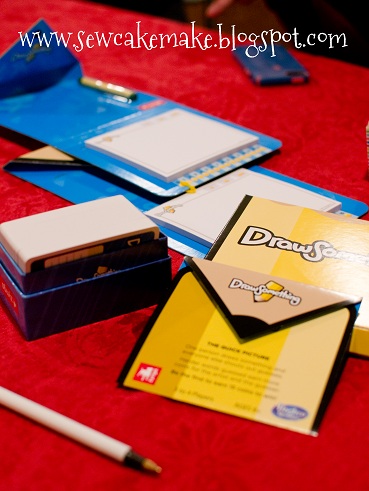 Once we were through with Yahtzee, we played Draw Something.  It was really fun.  I figured it would be a lot like Pictionary, and it is, but instead of having two teams, each player is it's own team.  One person draws, everyone guesses.  If you guess the item, you AND the drawer get the points.  The first person to a certain number of points wins.  This game was totally fun for exposing competitive natures :0}  We got to see sides of people we never knew existed.  If you are a Pictionary kind of person, you will like this game. 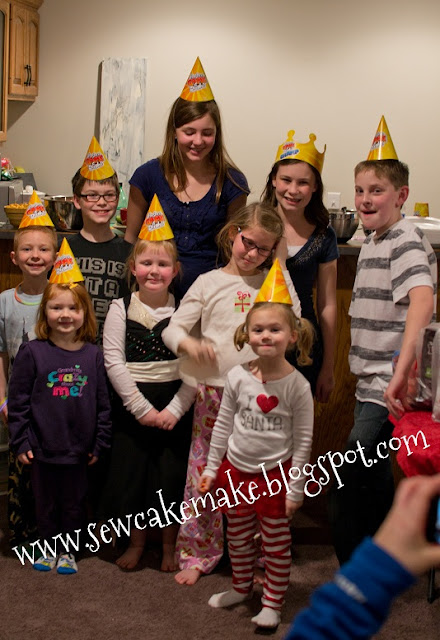 In the end, we were all winners.  We all had a great time.  The kids totally loved the two new moves  in Twister.  When you spin the spinner, if it lands on the T symbol, the person spinning gets to chose what the players have to do.  And even more popular, if the spinner lands on a cloud symbol, the players have to place that arm or leg in the air :0)  It gets a little crazy when you have to hold more than one body part in the air, but what fun would the game be without a challenge??? 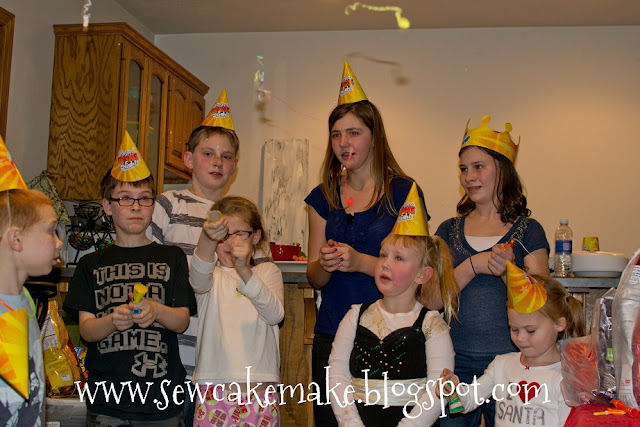 We ended the party with a little noise making and by popping some confetti poppers.  At first the kids didn't know what to think about the poppers.... 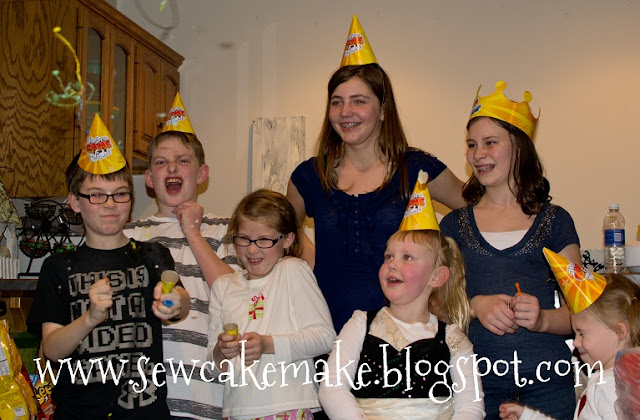 But once they realized the result of pulling the string was noise and mess, they were all about the poppers.

I am so totally glad I won the Hasbro Game night House Party.  We had so much fun as families on New Years Eve.  Thanks to you HouseParty.com and Hasbro for supplying a box full of smiles!