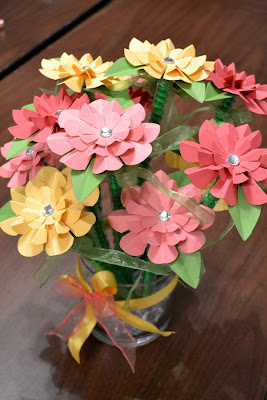 My Mother-In-Law is amazing and has this uncanny ability to find the most incredible projects around town.  Of course it helps to live in the crafting capital of the world, Salt Lake City, Utah.  I think it is dangerous to have so many crafty people in such a small inter-mountain crevice.  Or maybe it is the lack of oxygen at such a high altitude that induces extreme craftiness.  I guess the world will never know the exact cause of the creativity, but I must say that I never come home disappointed. 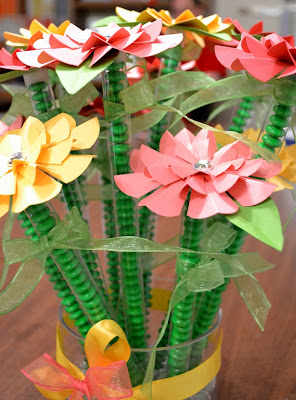 I have never heard of trendy tubes before, and I don't actually think these are "trendy tubes" exactly but that was the name I found for them when I scoured the Internet the other day trying to find some to order.
Who knew you could make such a fun arrangement from a handful of empty plastic tubes.
They are 12" long with a sealed end on the bottom and a cap for the top.  This dozen flower arrangement used one pound of green M&M's. 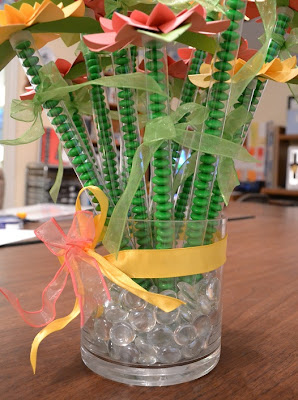 My Mother-In-Law poured the candy into her hand, then loaded them a few at a time into the tubes.  The vase is filled with clear floral marbles. 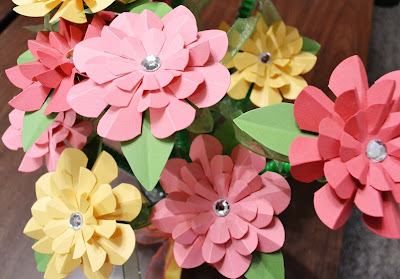 The flower part is made from 3 different sized flowers.  Each petal is creased down the center to create the 3D effect. 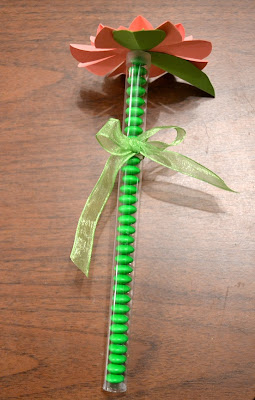 Here is a side view.  Don't you wish you would have known about these for Mother's Day?!?
Now, for the tubes, like I said I searched online and found them at a few locations.  The actual "Trendy Tubes" I found at PaperTreyInk.
They have a metal cap and come in round or square, but they are not the 12" variety.
I found the 12" at SRM Stickers and it was actually called the Magic Wand.
I also found them at Packaging Superstore.  They come in many sizes, but you have to buy in quantities of 200 or something.
They are right about $1 each.  Here are some things I have seen made with them... 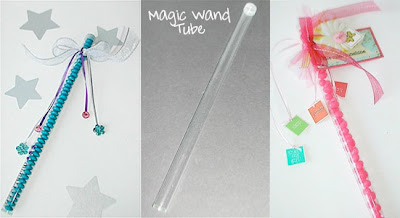 Mom and Me Scrapbooking 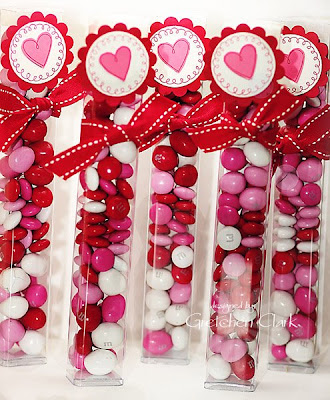 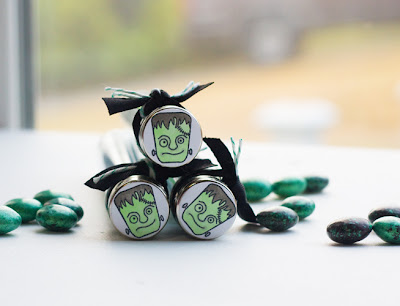 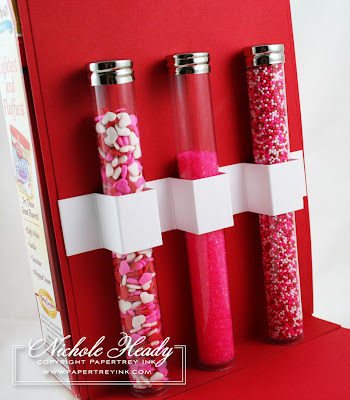 Inspired By PaperTreyInk - You need to see this whole post to get the full effect-Totally fun project/gift!
Enjoy!