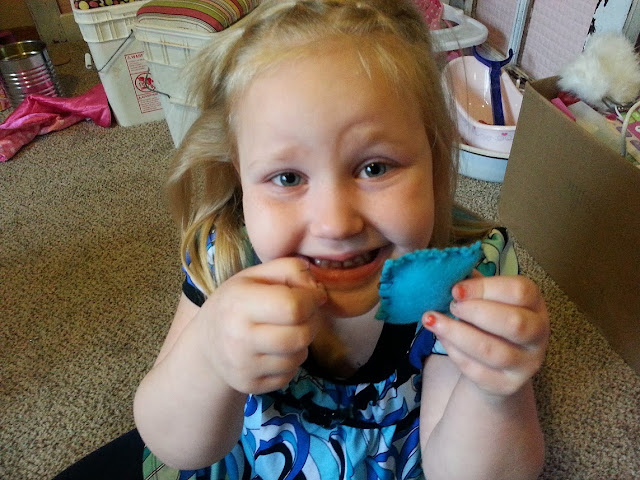 Emmalee chose to sew as her craft for today.  We grabbed some felt, needles, upholstery thread and went to work.  I forgot that Emmers has a fabulous set of Melissa and Doug sewing cards that she uses all the time.  I had no idea playing with them was preparing her for hand sewing, DUH!

I was sure we were going to end up with me doing everything and Emmalee running around bored as can be.
I let go of my perfectionism, locked my lips, and handed her the felt with the threaded needle knotted to it.  Away she went!  At first she was telling me how sewing is so easy... 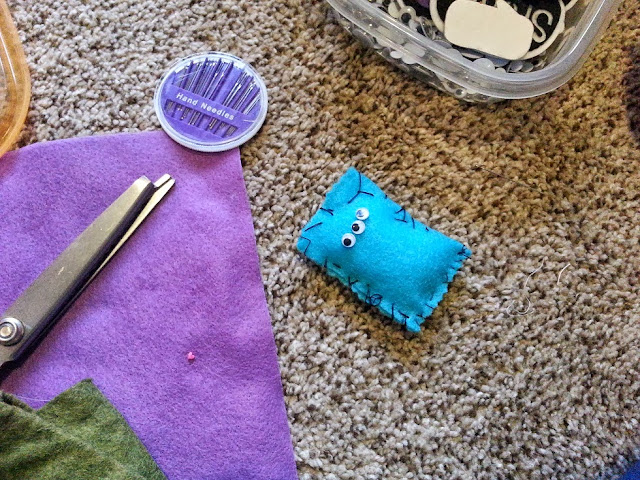 So cute!  She did that whole thing herself!!! 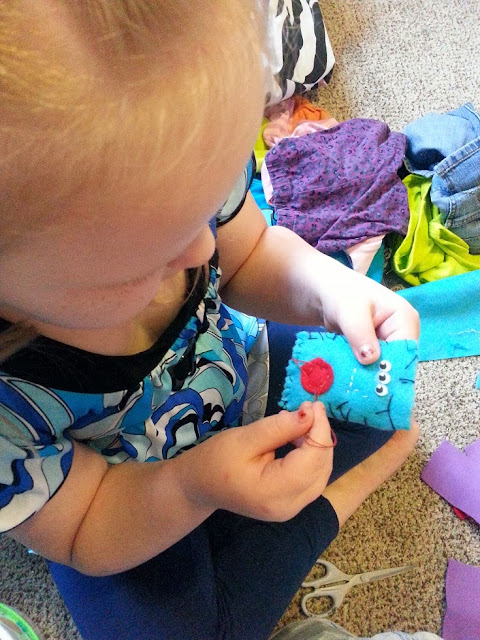 She decided she needed an apple for the monster to hold since this week is "A" week at Kindergarten.  I handed her a flower that had been punched out of red felt {the only scrap of red I could find-time to go to the store :0}.  She cut this apple out and asked me to thread a needle with red thread.

She picked out white thread for her mouth...all by herself!  She mastered it.  I am so proud!  She says she is going to make a whole pile of monsters.  Now instead of doing anything else, she will make monsters.  She decided we could then sell them!  LUckY you!!!  Her price is only $1 {so we can go to the dollar store lots of times}.  That said, get your orders in quickly.  I don't know exactly how long her attention span will allow her to make these precious little guys :) 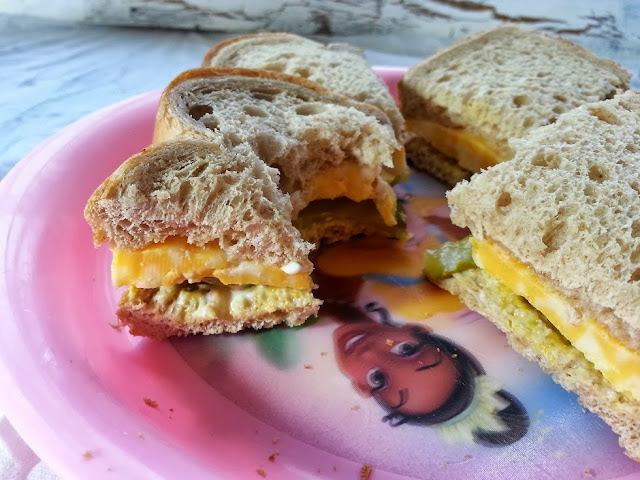 We finished making our monsters just in time to eat a little of our favorite lunch, cheese sandwich with mayo, mustard, and dill pickles.  Want some :0}  It was all I could eat the first 6 weeks after I found out I was pregnant with Madison.  Yumm! 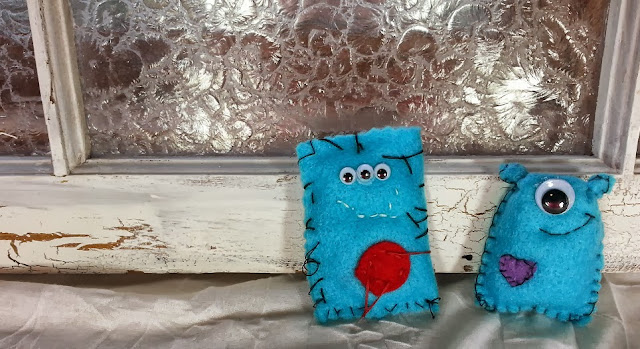 The other little guy is mine.  I started out with the same shape.  I just pinched the corners and roped them off with thread to make ears.  LOvE It!!!