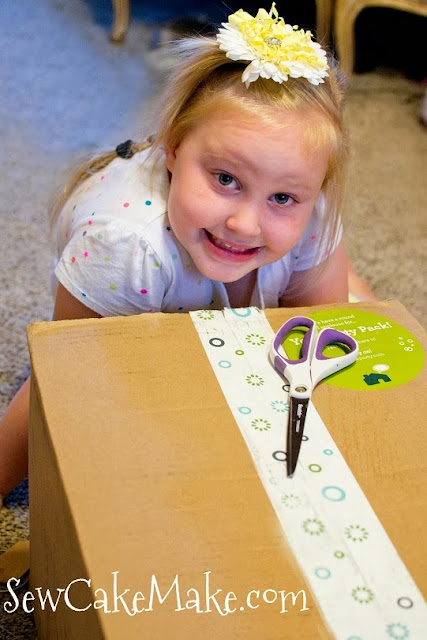 We finally got our party pack from American Girl and House Party!!!  Back in August Emmalee won the chance to host a Bitty Baby House Party from American Girl  and HouseParty.com.   She waited not so patiently for the box to arrive and was dancing on the couch when she witnessed the UPS man carrying it to the door. 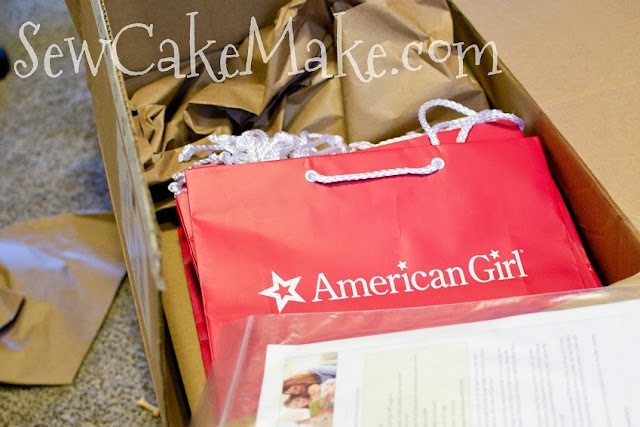 The box was full of all sorts of goodies AND... 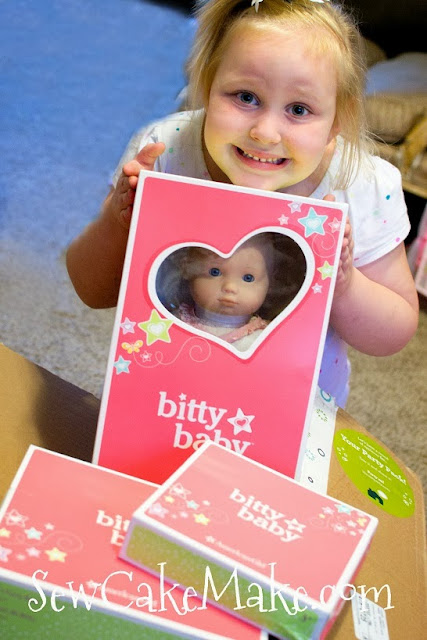 Emmalee's Bitty Baby!
Not just a Bitty Baby, but also a new outfit, two story books, a Bitty Wishing Star, and an adorable stuffed polar bear featured in one of the story books! 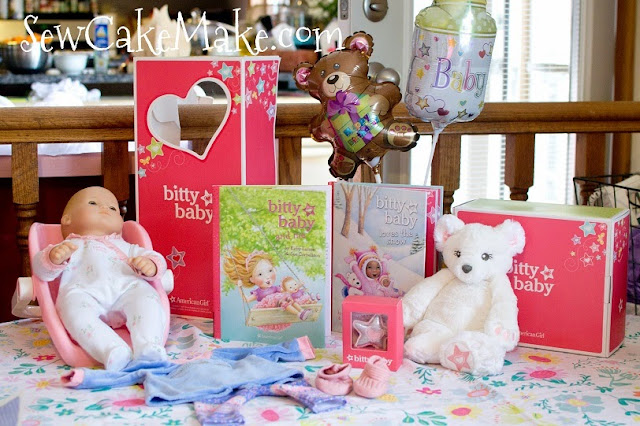 For the next week we planned, prepared, and FINALLY got to host our Bitty Baby Party.

We invited old friends as well as some of our new friends from school and church.  Everyone was asked to bring their favorite baby or stuffed animal to play with. 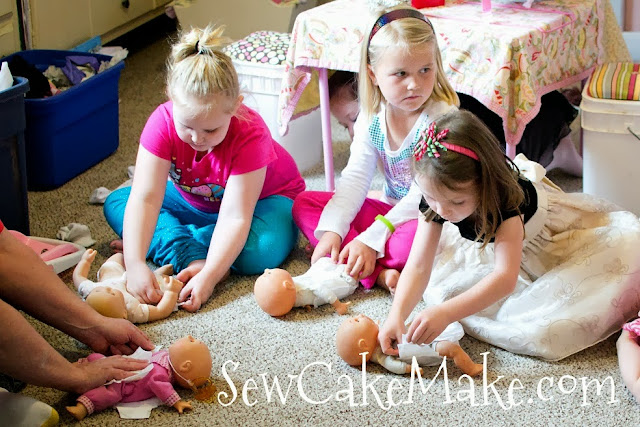 We started out talking about how to help take care of a baby.  As it turned out, Emmalee was the ONLY girl there without a little brother or sister.  The girls were so cute an already knew just what to do with their babies. 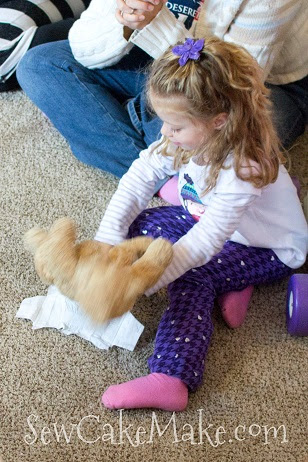 Kalan was one of the youngest girls there and she was the very fastest to diaper her baby.  She must be a great helper to her mamma ;0}

I purchased a bag of no-name newborn diapers for $5 from Walmart and gave each girl 3 or 4 diapers to take home for playtime later. 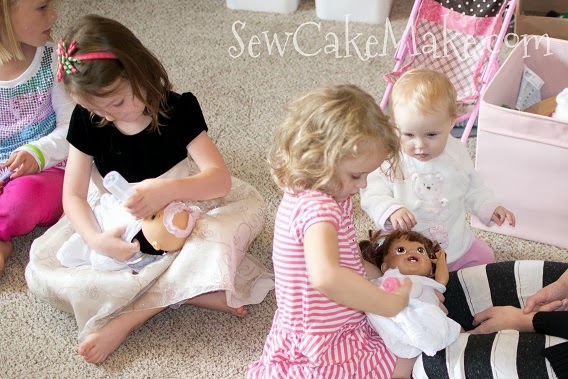 We also talked about feeding our babies and gave all the girls disappearing milk bottles {purchased at Dollar Tree} and let them take those home too. 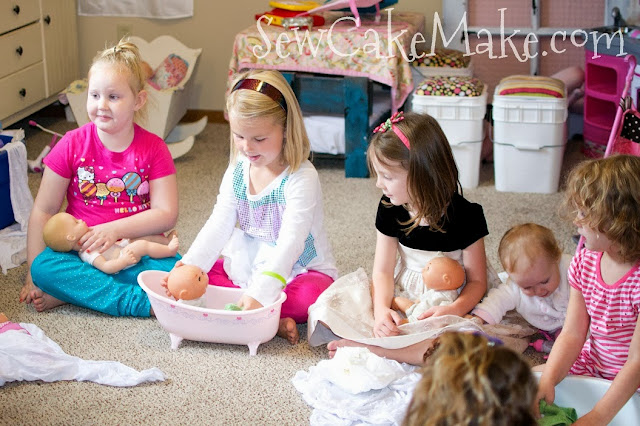 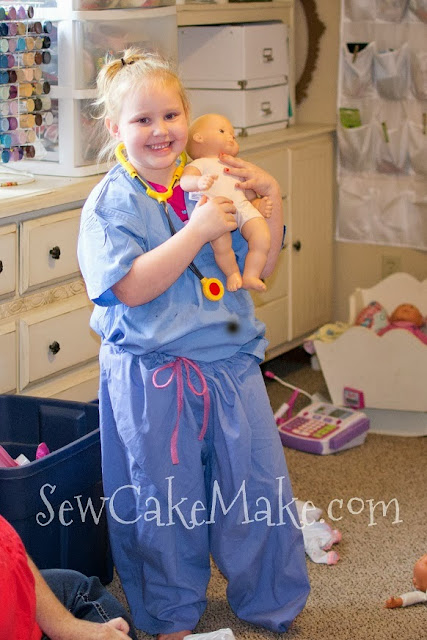 The last thing we did was talk about how babies have to go to the doctor a lot when they are little.  I happened upon a fabulous sale at the thrift store and got this pair of scrubs for just a buck or two.  I cut the legs off so they would be short enough for the little girls, but with the drawstring waist anyone can wear them! 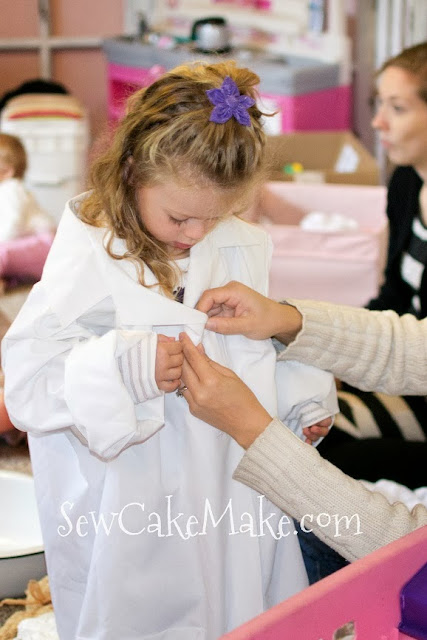 I also happened across an actual doctor's coat at the same sale.  The girls all got a chance to dress up and play doctor. 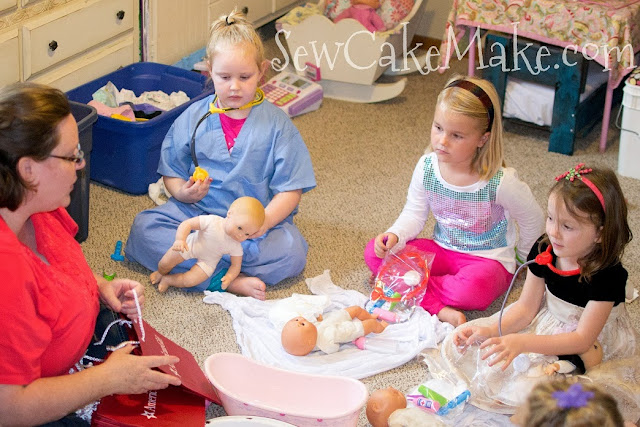 I found some doctor's kits at Target for $1 and was so excited to hand those out to the girls to take home as well.  The babies were all checked out by their own doctor moms. 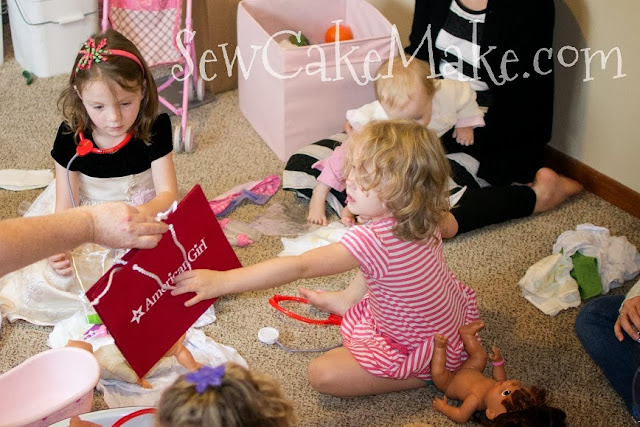 Finally, I passed out the goody bags given to us by American Girl so they could pack up all their goodies.  I had them put all their own diapers and such in their bags so nothing was lost or left behind.  We did make sure to keep lots of diapers and other things around for the girls to use to play with. 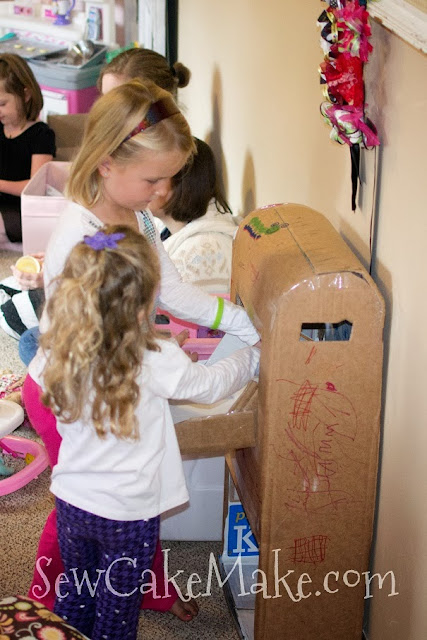 Emmalee and I made this mailbox over summer break and brought it up to play with too.  It was a huge hit!  I grabbed a pile of bills {who needs them anyway} and let the kids load and empty the mailbox just like they have seen their mamas do.

After the girls were all played out, Scott took them into the front room, along with some of the mother's that stayed to help, and read one of the stories American Girl had sent with our Bitty Baby. 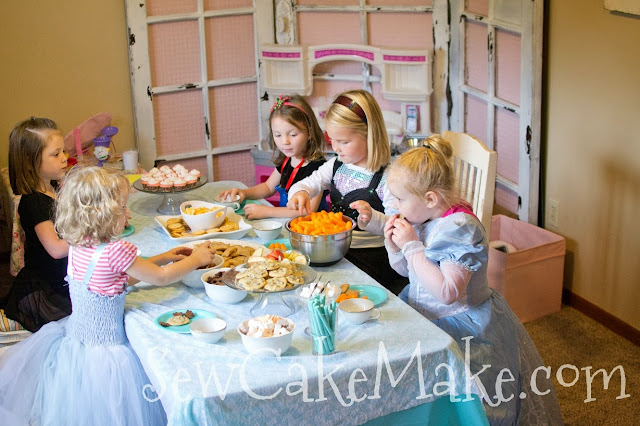 Eli helped me clear out the toys and hurry to set up our tea party.  We had all sorts of goodies, crackers and chips, cookies, cupcakes, fruit and cheese. 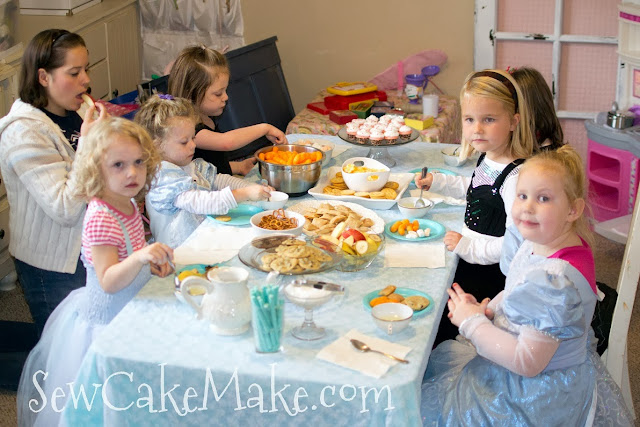 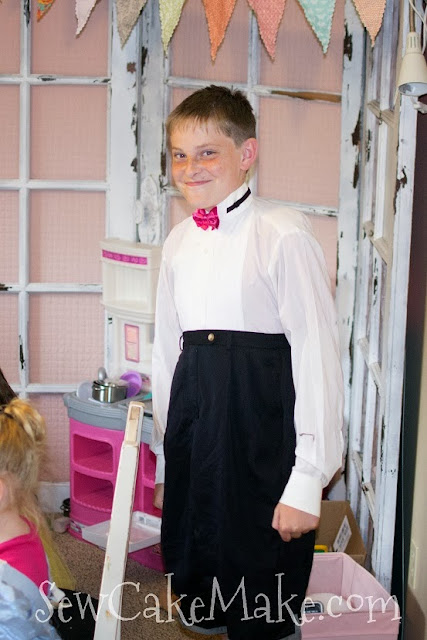 Somehow I managed to talk Eli into putting on the old "Man-Up" dress-up {WAAAAAY too short for him now!} and play the waiter for our tea party. 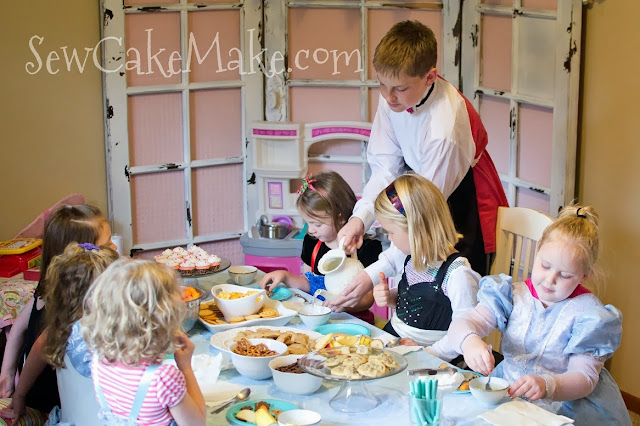 I think the biggest hit of the party was the lemonade.  I made the lemonade with half the powder it calls for, so it was not sweet at all.  Then I put a bowl of sugar cubes on the table and showed the girls how to stir the sugar into their lemonade to make it simply delicious!  They loved it :0} 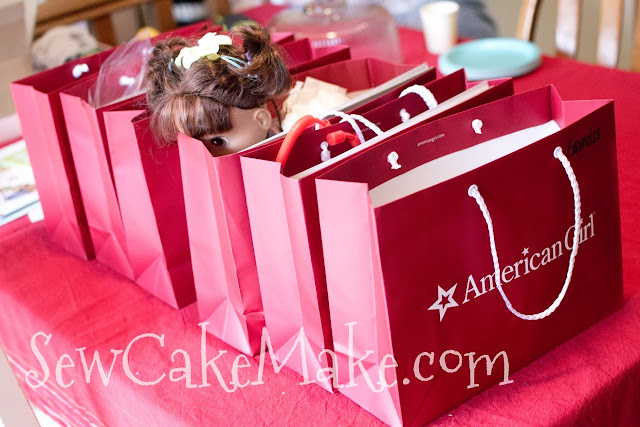 While the girls ate and chatted, Scott and I filled the goodie bags with all the OTHER fun things American Girl had sent.  There were coloring pages, wishing stars, coupons, stickers, and even a 8x10 puzzle they all got to keep. 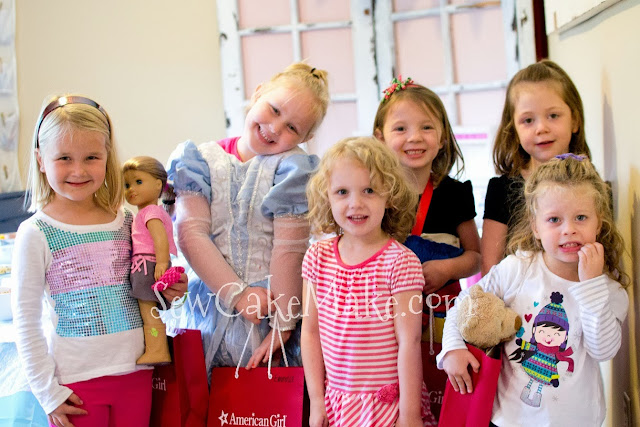 Thank you American Girl and HouseParty.com for hosting our fabulous Bitty Baby bash!  The girls all had a total blast and will always remember the fun they had with all the great prizes they got to take home!