Sometimes The Smallest Victory Is The Most Exciting! 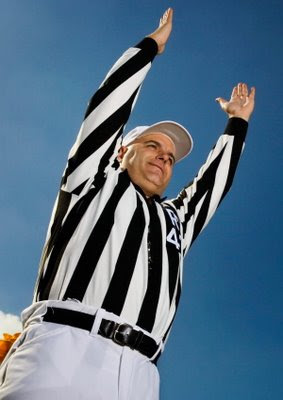 Touchdown!!!  That was the image I had in my mind Friday when I thought of blogging my cake-maker breakthrough.  I was preparing to re-baking my second cake that didn't turn out.  If you are a cake maker, you are probably familiar with Bake Even Strips... 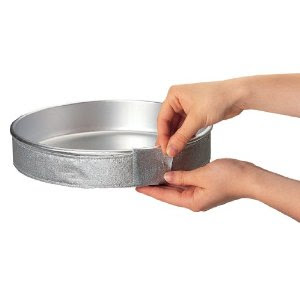 I took my cake decorating classes 9 years ago.  At that time, I invested in a nice set of bake even strips.  These strips, when wet and wrapped around your cake pan, make your cake bake evenly and flat.  Sadly, mine met an unfortunate death early on.  I bought a new set to replace them, however, I noticed my cakes started to have a metallic taste to them from that point on.  I finally realized that the strips were the cause.  I won't get on that soap box of blame about cheap companies and their even cheaper products.  I shall resist.
Since then, I have been on the hunt for a suitable replacement.  After totally ruining one cake Thursday, and not being totally happy with the way another came out, I had really hit my limit for frustration under all the pressure.  I tried the flower nail in the middle of the cake thing. 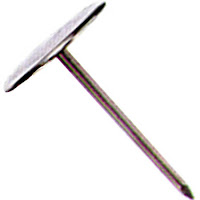 You simply put a flower nail ($1.50) in the middle of a larger cake pan and bake it. The idea is that the nail will conduct heat, causing the cake middle to bake in the same amount of time as the edges.  The only success I had with this theory was with a 10" cake that had baked for 75 min. already.  The middle was still cold.  I ran to the computer, read that idea, shoved the nail in the cake, and it was done, baked to perfection, in 10 more minutes.  "Fabulous," I thought.  "Bake Even Strips.  Who needs them?"
Then along comes Mr. 12" Cake.  I went to the ususal craft stores carrying Wilton.  None of them had the lovely Cake Heating Core, said to be a must for baking larger cakes. 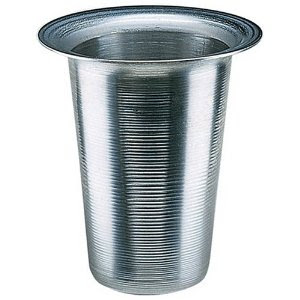 You put this in the middle of the cake, batter surrounding it, and fill it with batter as well, then bake it.  The idea is that when the cake bakes, totally even and yummy, you take the plug out of the core, put it in the hole in the cake, and away you go.  COULDN'T FIND A CORE TO BUY!!!  Finally, totally exasperated, I grabbed three flower nails, and ran home to bake.
DID NOT WORK!
Long story short, ran back to the computer and desperately searched for one last recommendation before I started looking up therapists in the phone book.  Oddly enough, I was lead right back to bake even strips.  However, not the metallic store-bought kind, but handmade strips of towel.  Yes, that is right.  Regular bath towels.  Hmmmm.  "This is a pretty big cake and I really don't have much experimental time left....Whatever.  Where is a towel!?!"
I happened to have a ripped towel just lying there begging for a new purpose in life.  I grabbed it and started stressing all over again.  One thing that really made me nervous about the original strips was that they frayed over time.  I really wondered if they would suddenly catch on fire in the oven, or something.  Thinking about how terribly the towel would fray stopped me in my tracks.  It was about 8am Friday morning at that very moment.  I figured I could waste 1 hour and still be OK.  Dare I play around with Mr. Serger? 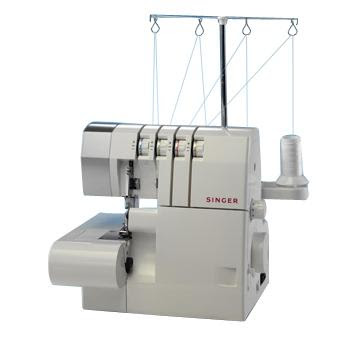 He had been very cold towards me, pulling away from my coaxing fingers.  Alas!  With a little loven', a new needle, and the promise that He was the only machine for me, rather literally, SCORE! (this was where the touchdown image in my mind lead to a happy dance in the living room)

My serger works!!!  It was really just me all along, me and that blasted new needle that was apparently a bum! 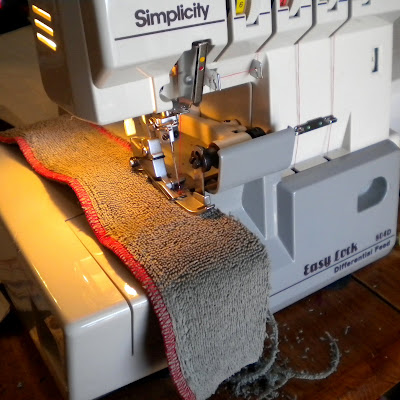 Look!  Look!  Do you SEE IT!!!  And how cute are those towel strips?  I mean really!  I didn't even care that the thread was red.  I actually really, really like the snazz of the extra color. 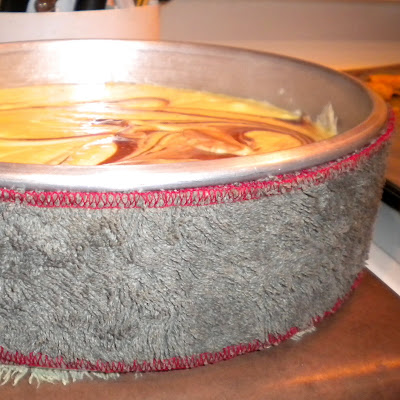 And here is my marble cake wearing her new fuzzy twirl  towel skirt!  Work it baby!  Thanks to these baken'-even-babies I got THESE... 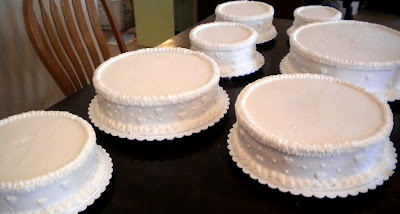 all done and made THIS... 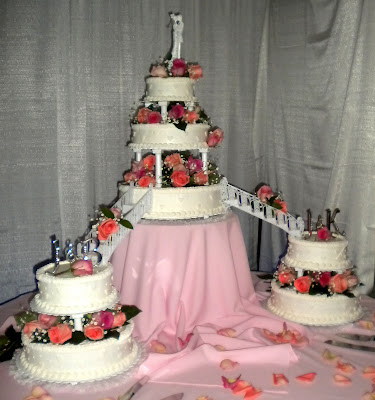 I took THESE flowers... 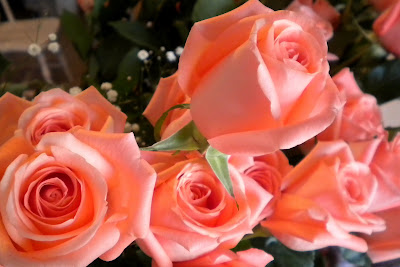 and flowered the cake after it was assembled. 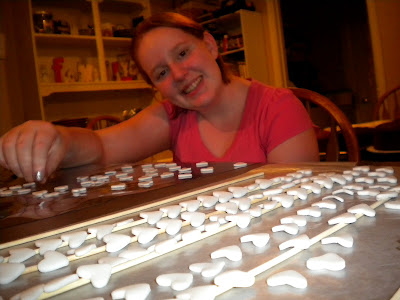 I must thank THIS darling 12 year old that helped me, along with her little brother (for a short while), cut out 200 fondant hearts.  Thank you also to dear hubby for staying up into the night helping in a very attentive way.  I really need to thank my dear friend Chamberlin, mother of 4-3 of them the same age*wink*wink* who came to help ME!  She peeled all the labels off my new cake plates.  LIFESAVER! 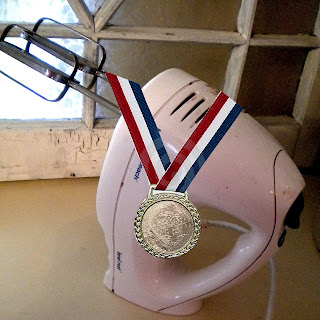 Even with all the help I had a long the way, I do believe our Gold Medal Winner is, hands down, Mr Mixer!  Terribly undersized, but such a trooper!!!  Couldn't have done it without YOU!  THANK YOU FOR NOT LEAVING ME LIKE SO MANY BEFORE YOU!
I really do need to invest in a stand mixer, but until then,
It's all you, BABY!
When I was setting up the cake, I was asked a couple times what my company name was.  I was like, "What!  I took weeks to come up with a blog name, another couple months for the etsy site name (and it was a real winner).  Now you want me to come up with a company name!?!"  And so it begins.  Have any cakey suggestions?  I am open :0)

Email ThisBlogThis!Share to TwitterShare to FacebookShare to Pinterest
Labels: All Me, Cakes