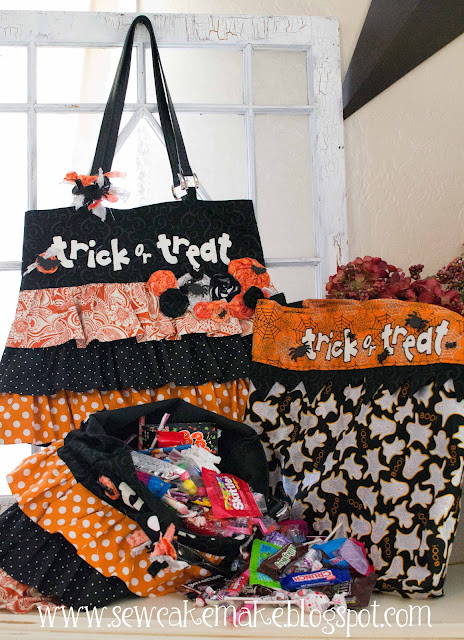 Who can go begging for candy without a trick-or-treat bag???
I finally got around to making some new ones for my kids this year. 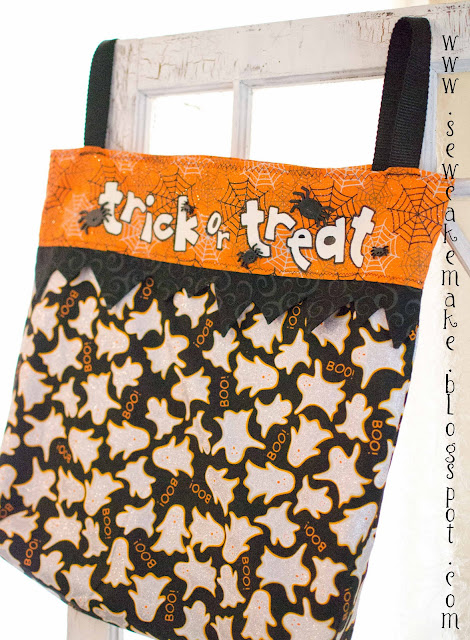 I wanted the girl bags girly, and the boy bag not.  That was why I went with a glorified pillowcase type for Eli. 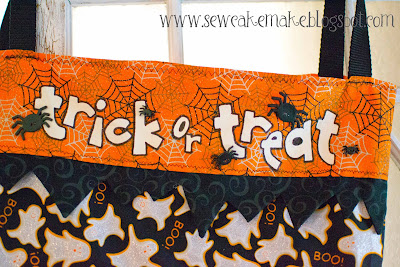 I sewed the orange spider web fabric as a liner and the top band, then glued spider buttons here and there for accent.  To do the lettering, I cut a stencil on my Silhouette Electronic Cutter, then used white paint to stipple the letters on the fabric.  It took two coats, but was still the easiest way I could think to letter without having to top stitch something.  I lined the letters with a sharpie permanent marker to make them stand out a little more.  The handles were not sewn on traditionally.  I put them on the sides to make holding the candy bag out for treats a little easier.  I had already put the handles on the girl's bags unfortunately, otherwise I would have done their handles the same way.  It really was nice while trick or treating. 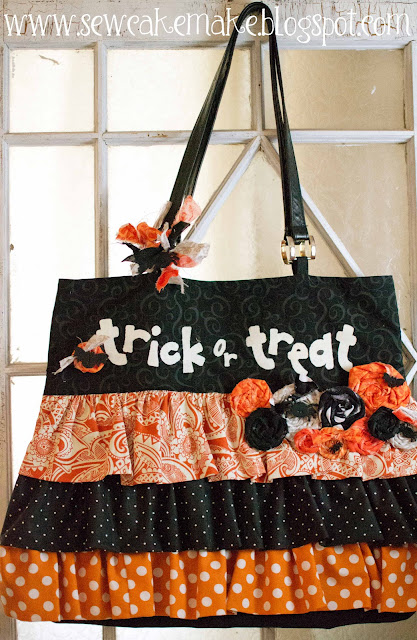 I made the girls the same bag, just switched the orange fabrics so we could tell each candy stash apart.  I used a scrap of black canvas I had left over and just stitched the ruffles directly to it. 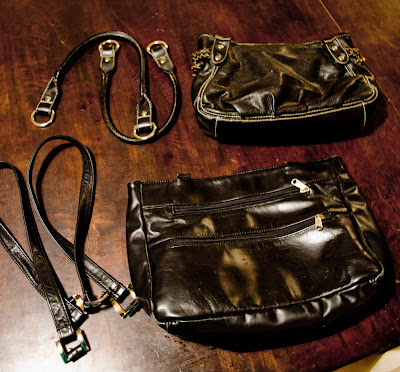 Now that I have experienced the beauty of store-bought handles, I will NEVER go back to fabric straps.  I grabbed these purses from Goodwill on half-priced Saturday for $2.50 each bag.  By cutting the handles off these purses, each handle was $1.25 rather than the staggering price from the craft store, as much as $10 a strap.  Plus, we recycled :0)  Now I can claim a "Green Halloween" right? 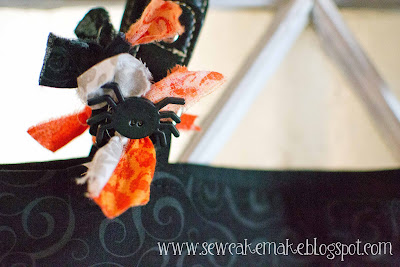 The straps were attached, then jazzed up a bit with a few fabric scraps and a spider button. 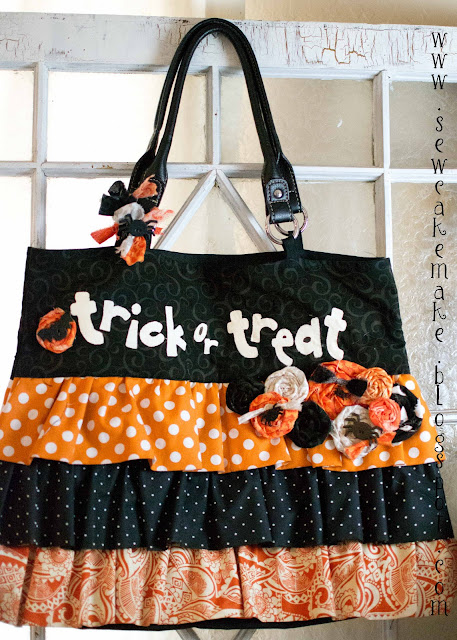 Little Emmalee Hello Kitty got the bag with the shorter handles.  I added rolled flowers to the sides along with more spider and bat buttons. 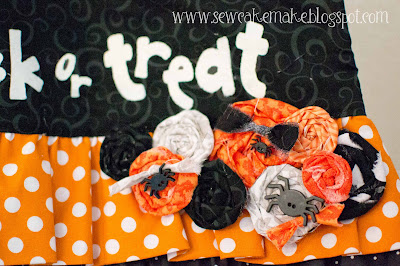 My one thing I would have done differently, besides the handles on the sides, is I would have used a thinner font and put the rolled flowers up on the black yolk more and less on the ruffles.  I didn't realize until it was time to glue on flowers that there wasn't enough room around the words and that the flowers would have to go lower.  I guess I shouldn't be telling you this though.  I should just give you the illusion that everything went just as planned, huh :0) 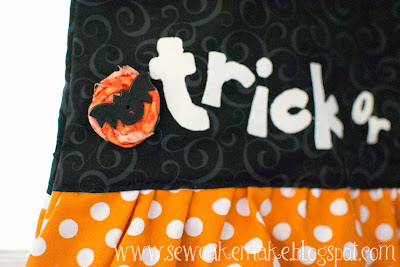 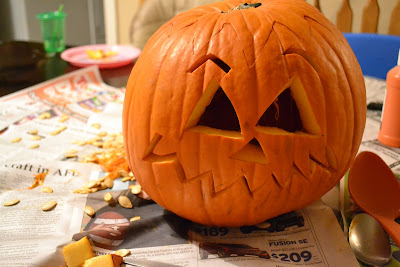 Halloween was totally fun this year.  I was worried with how crazy things always were that we wouldn't be able to enjoy the season.  We still crammed in pumpkin carving, parties and treats... 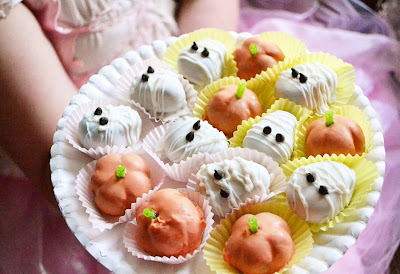 Madison made these cake balls herself.  They were a Halloween treat for her teachers. 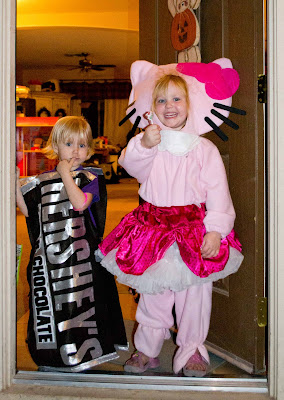 Smiles were had all around...especially with the buckets and buckets of candy the kids came home with.
Now I say, "Eat all you want kids.  Tomorrow I am sending what's left to work with Dad!!!"