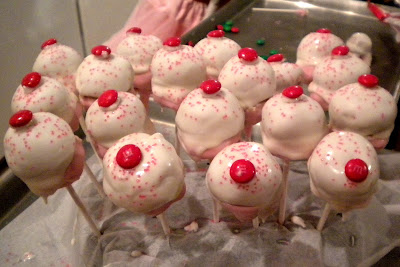 I probably shouldn’t even show you these, but they took forever so I say it counts :0)  Honestly, the only cake pops I have really gotten to work were the ice cream cones- DARLING!!!  We started with very good intentions, then lost it all to time crunch.  I am getting a little sick of cake balls, so lately I have been using my Peanut Butter BonBons to represent the ball portion :0) 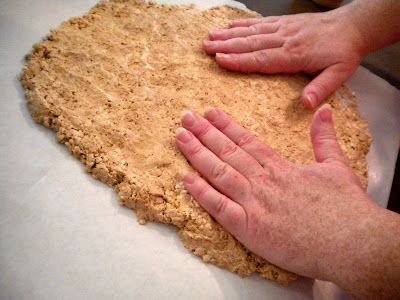 We patted down the BonBon recipe-yes I triple washed my hands :0)  Using a flower cookie cutter we cut out the bottoms and threw them in the freezer to harden.  You should note that Bakerella says to put them in the fridge-I am a rebel!  When they were cold, we dipped the sucker sticks in almond bark and stabbed the poor unsuspecting flowers, then threw them back in the freezer to set. 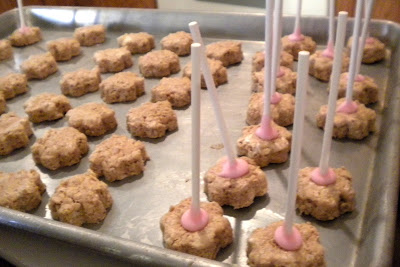 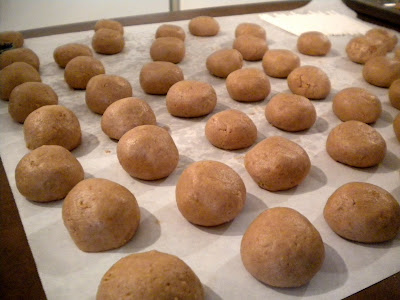 I use my recipe for Buckeye Balls as the cake part of the cupcake.  Both of those recipes can be found Here on my blog.  Now, if you notice, the top of a cupcake is not perfectly round.  We rolled those Buckeye Balls, then squished them a little on the freezer paper so they would look anatomically correct.
Here is the train wreck in a as few words as possible:  Dipped bonbons...stuck buckeyes on fresh chocolate...tried to keep balls from falling off...stood cupcakes on head hoping would help...tried to freeze again...What!?! Time to go!?!...Hurry! Dip in white almond bark...first ones very drippy...looks nothing like cupcake...forget it, just dip and go!!!  Oh, lets put M&Ms on top to see if it helps... Oh well, get in the car!  We can't get to the surprise party after the birthday girl! 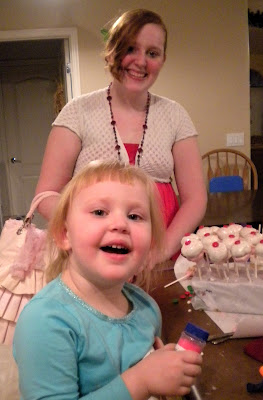 The girls had fun making them even though mom went a little loopy and threatened to start swearing at the next ill-formed ball.  They seemed to think they tasted good too. 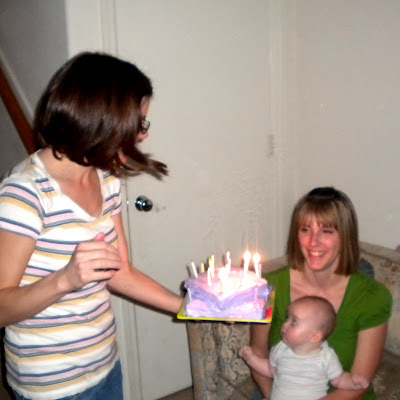 Email ThisBlogThis!Share to TwitterShare to FacebookShare to Pinterest
Labels: All Me, Baking