Ipad/Tablet Bliss in the Kitchen 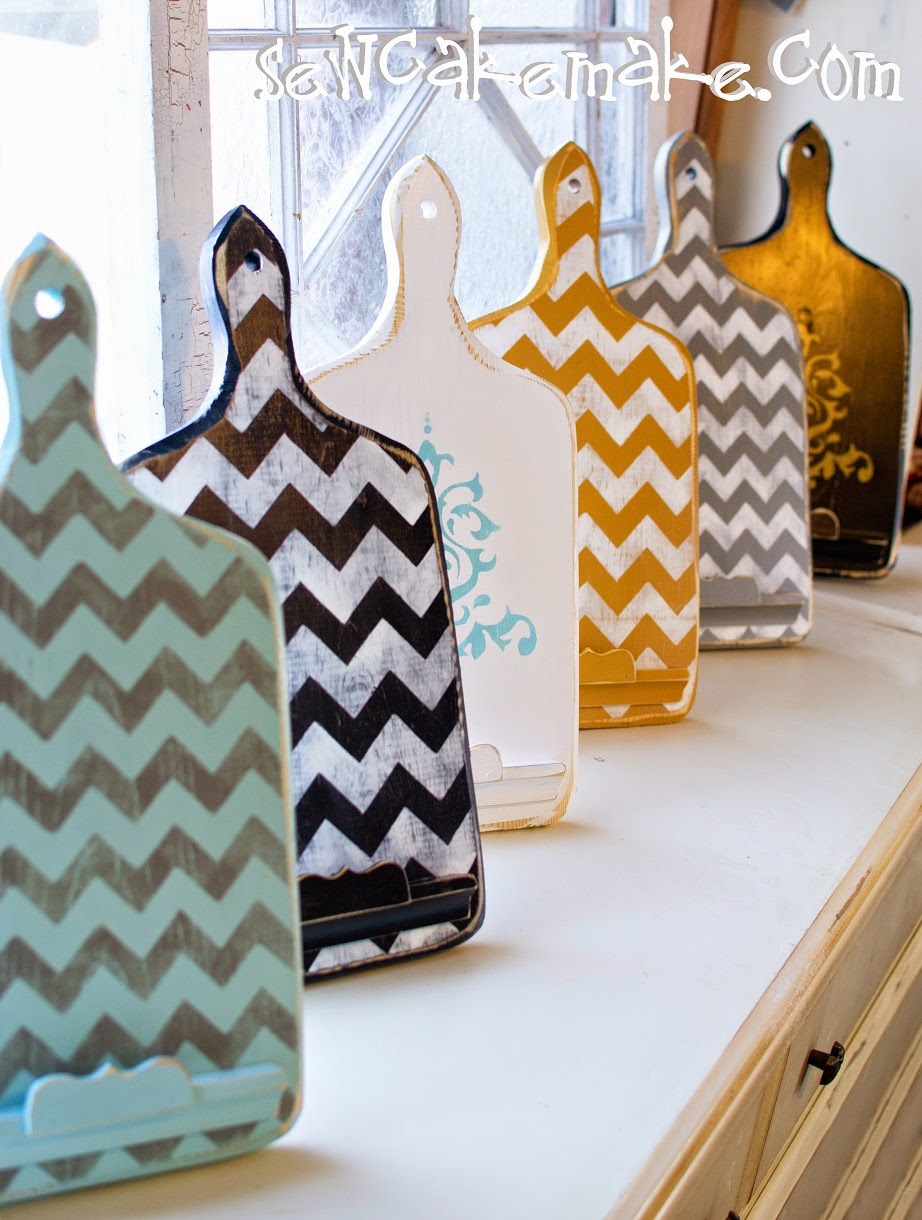 If you have ever pulled up a recipe from the internet using your tablet and struggled to make the meal and read the recipe hands free, you will appreciate the bliss that follows having one of these cute little tablet stands.   My adorable cousin asked if I wanted to make a couple as prizes for her bunco group.  Swiftly after making a couple I decided I needed to make one for myself as well. 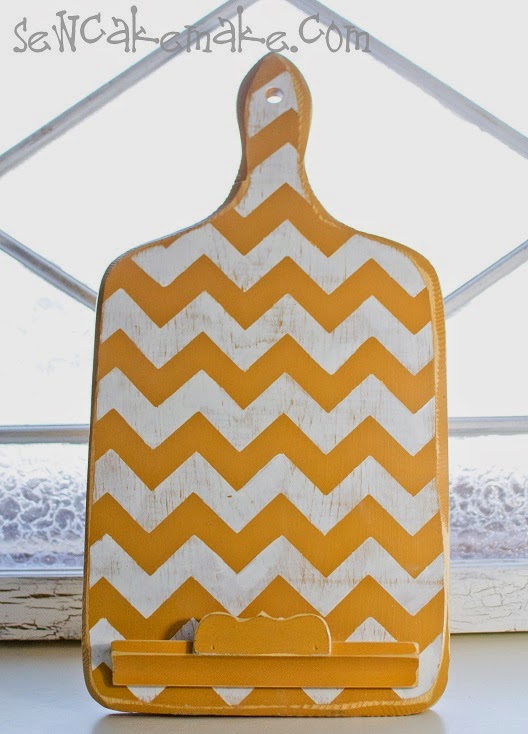 Cute Cousin sent me a picture of one found online from a thrifted cutting board.  Knowing she wanted 6, and wanted them painted,  I figured I would save the time looking and just cut out my own. 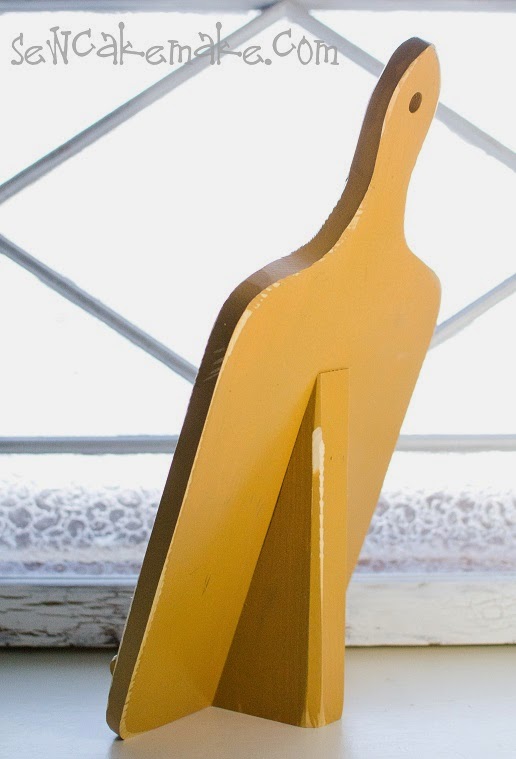 I cut the boards from 1x10" pine, then added a stand in the back made from a 2x4 cut in half diagonally. 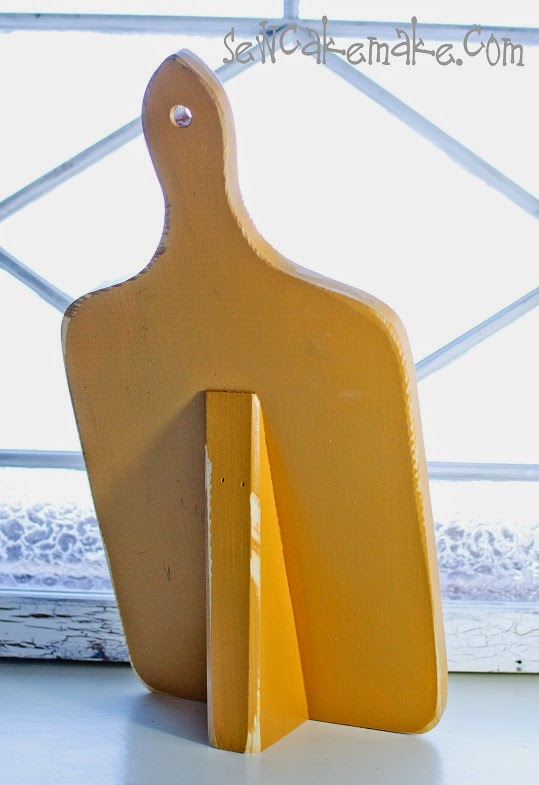 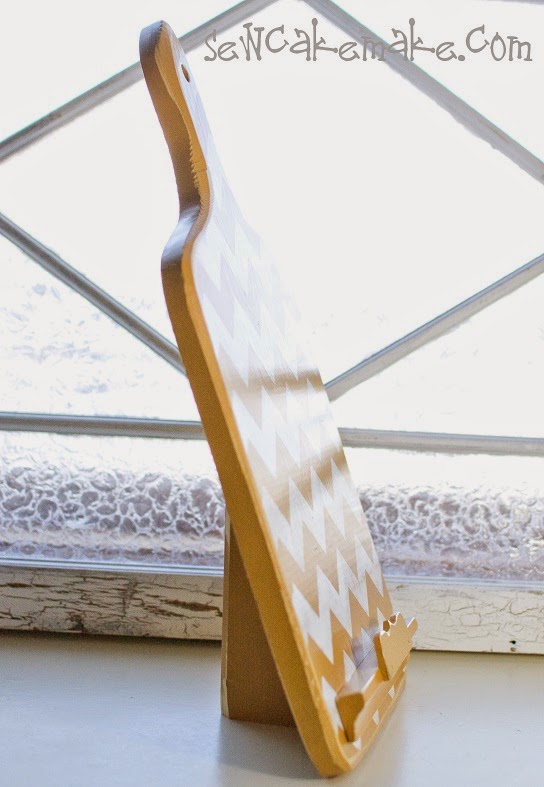 I bought a length of crown cove molding to be the ledge, and you will never guess what I used as the little tab to keep the tablets safe... 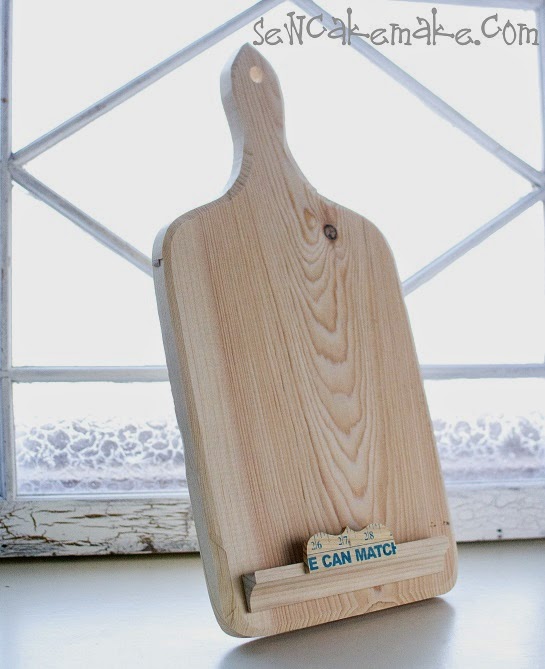 I cut up my yard stick from Walmart ;0}
What?  It was the perfect thickness and height.  I cut it out into little decorative shapes and brad nailed/wood glued the whole thing together. 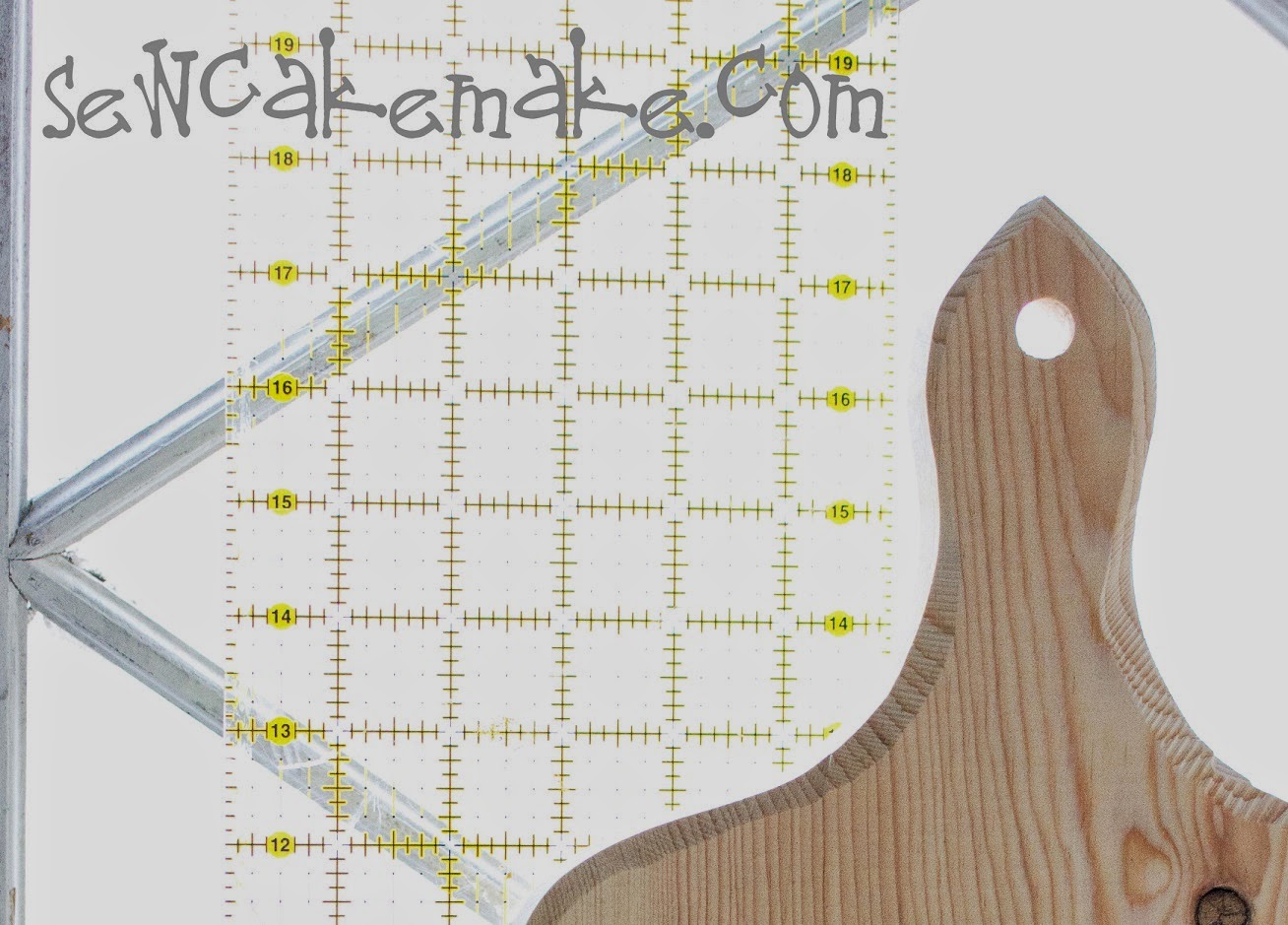 I searched all over the internet to try and determine what size a cutting board is.  Finally after a little re-working a pattern, I came up with these guys.  Here is a closer look at measurements...

18" tall apparently.  Trust me.  It looks tall, but when you put the tablet on the cutting board it ends up looking great.  Notice that the curve toward the handle happens between 11 and 12". 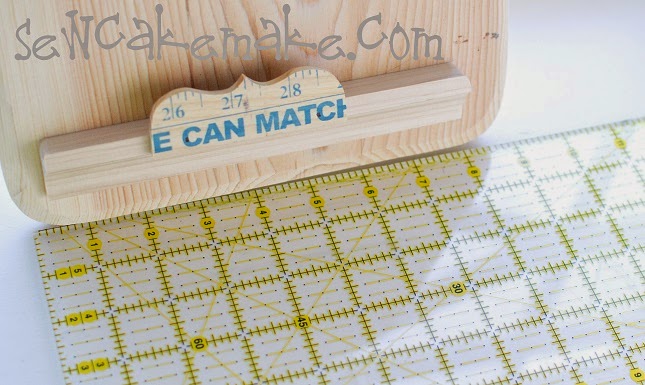 I did not cut my board any narrower than the 1x10 comes.  It works out to be around 9.5".  The little molding pieces were cut at 7.5", the shaped kicker added to the molding, just under 4". 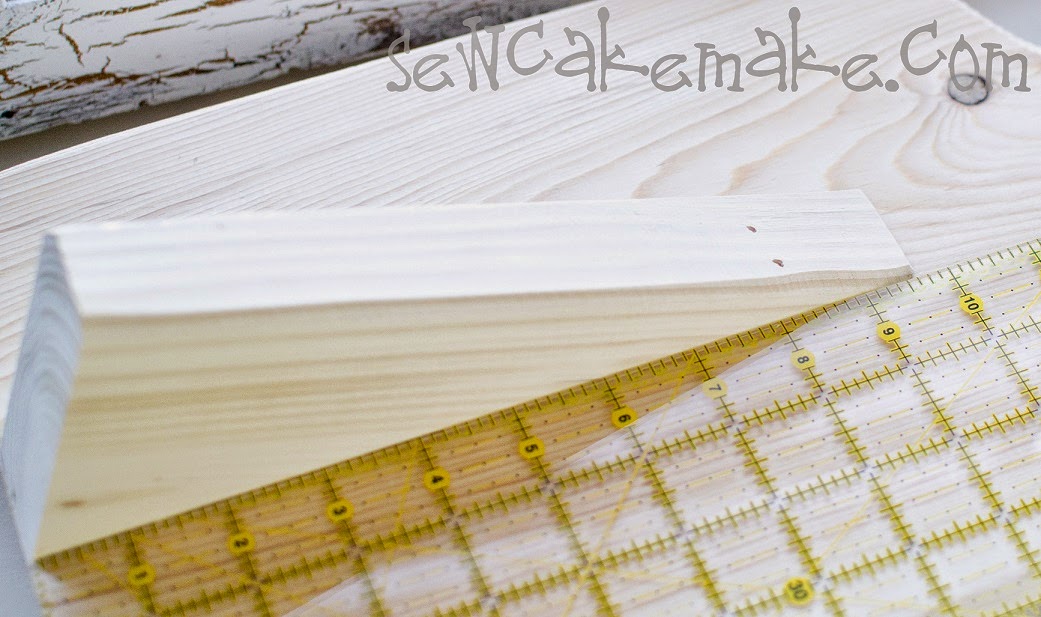 For the stand in the back, I cut those at 9", they end up 9.75" on the diagonal.  I drew a diagonal line on the 9"  2x4 and cut along that line.  I sanded the diagonal side just to be sure it was totally flat to lay best against the wood, then applied wood glue and used my nail gun to shoot two brad nails into the wood for added measure. 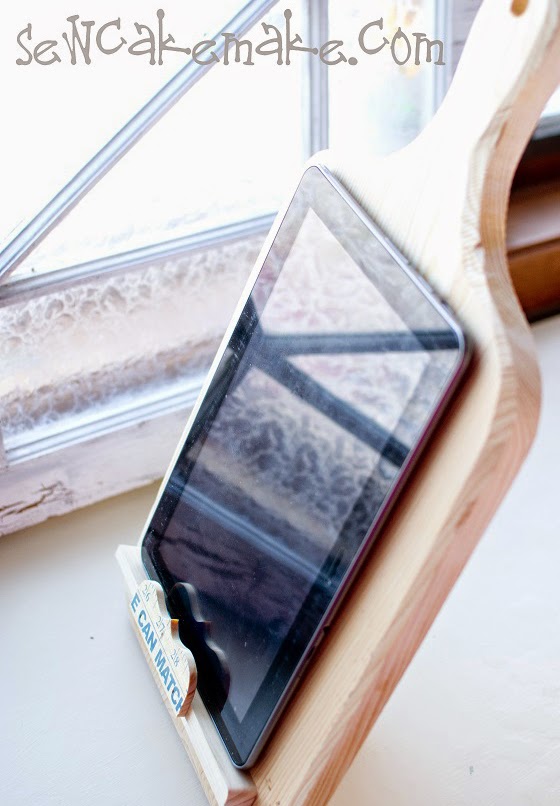 Here is my hubs Samsung tablet on the stand.  I don't know how it compares with Ipads for thickness, but there is still plenty of room to hold the device, even with a thinner case on.  I actually bought this particular molding because the other flat edge is even longer.  I was going to use the longer edge as the ledge for the devices to sit on, but with shipping several of these to Vegas, I was worried they would stick out too far and I didn't want to risk them breaking off.  If you have a thick case, I would certainly use the longer edge/ledge. 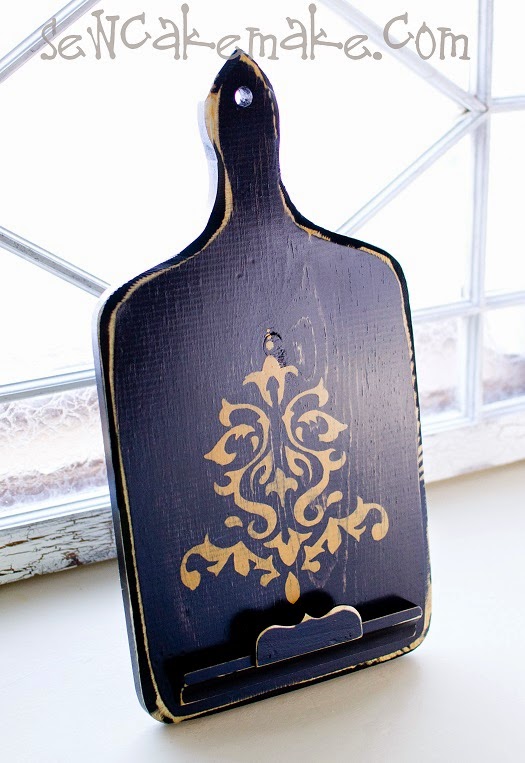 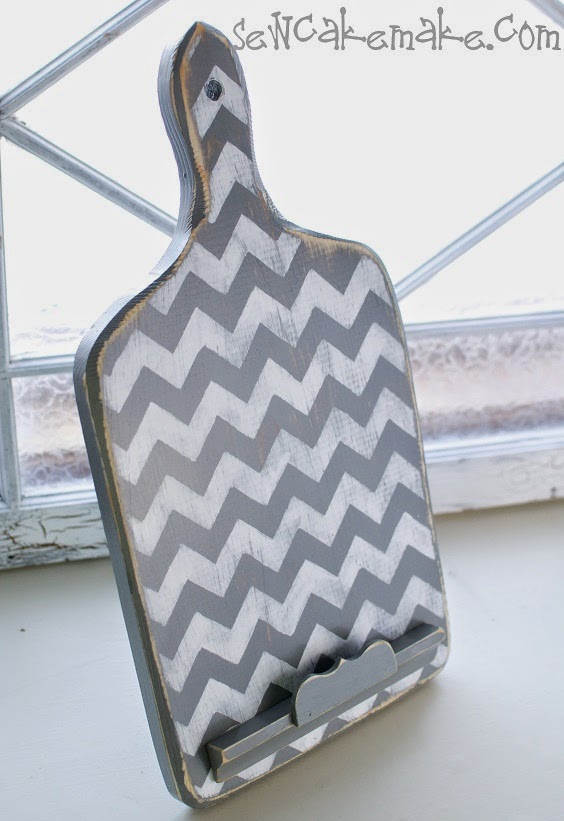 Grey with Chevron in White 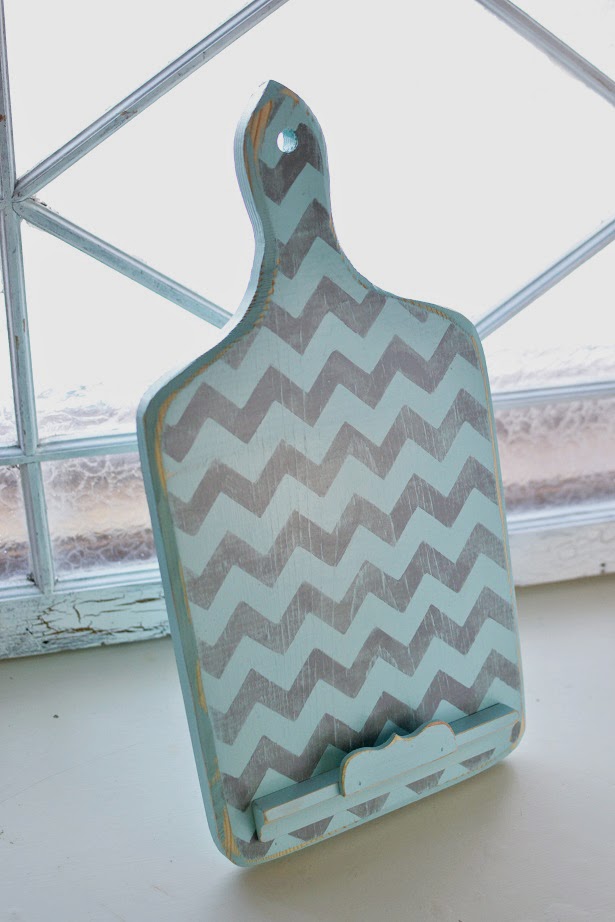 Blue Bird with Chevron in Grey 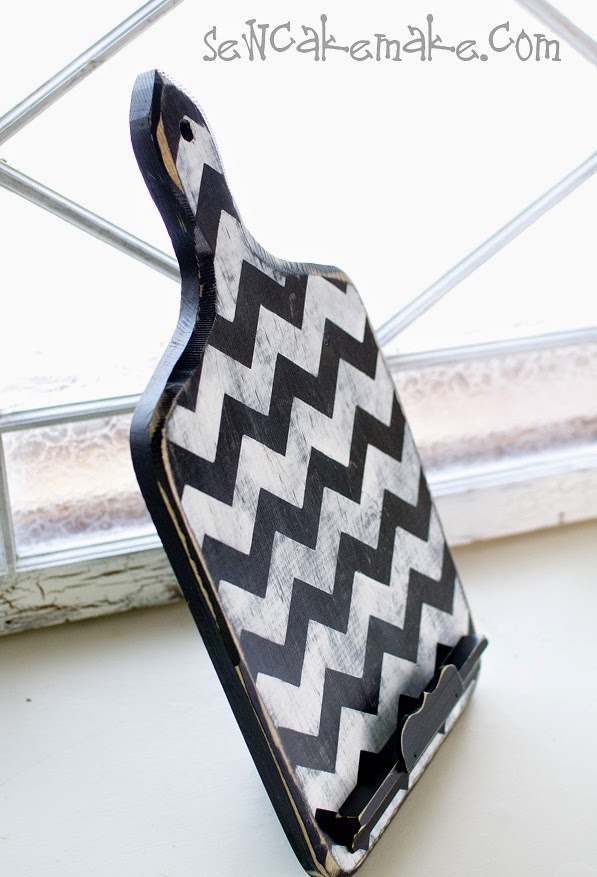 Black with Chevron in White 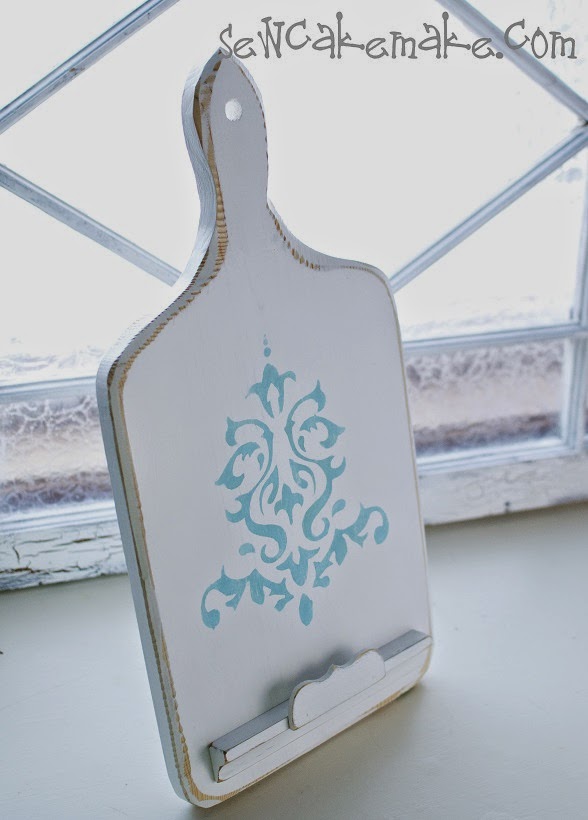 And White with Damask in Blue Bird

Should I tell you now that I have two extras for sell on Etsy ???  Want one?
It is yours if you beat the crowd ;0}