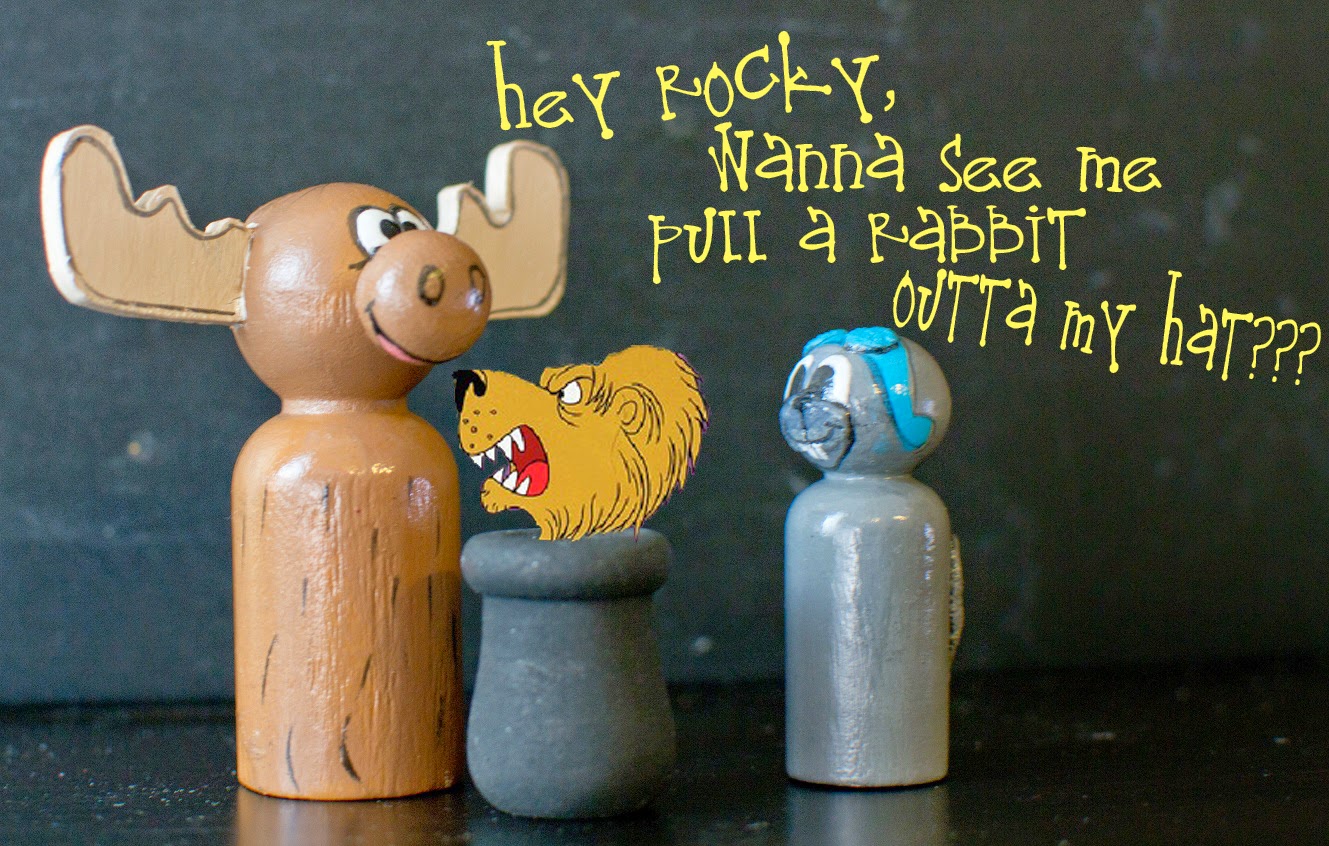 Remember these guys???  One day Emmalee was really bored and I was in desperate need of a nap.  I flipped on Amazon Prime Instant Movies that are free with the prime membership...Would you guess what they have for you to watch for free????

Rocky & Bullwinkle, 4 seasons of the whole gang!
My whole family is addicted! 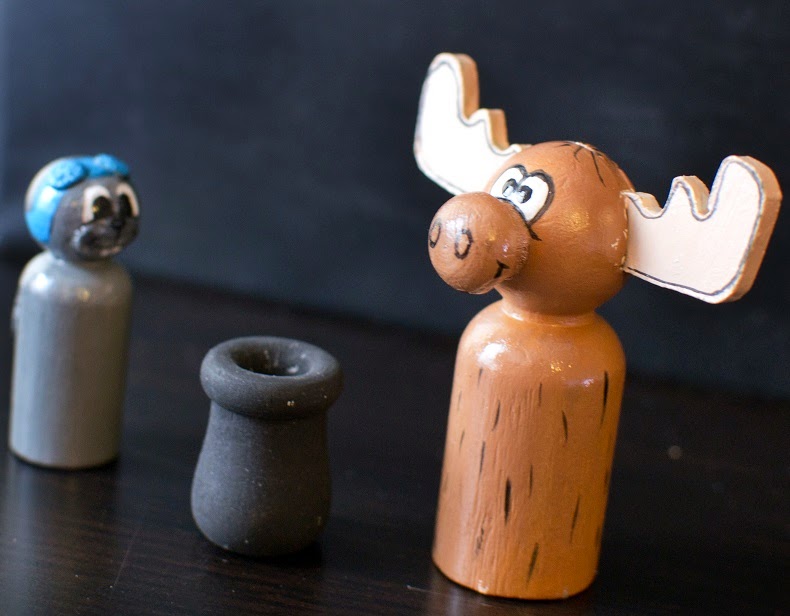 A few days later I started thinking that it would be kinda fun to paint a set of peggies to depict the vintage characters.  I really can't tell you how much fun I have painting these guys.  I mean all peggies, not just Rocky and Bullwinkle and crew.  It is so relaxing and better to me than playing with them.  Good think my kids take over the playing and leave the painting to me. 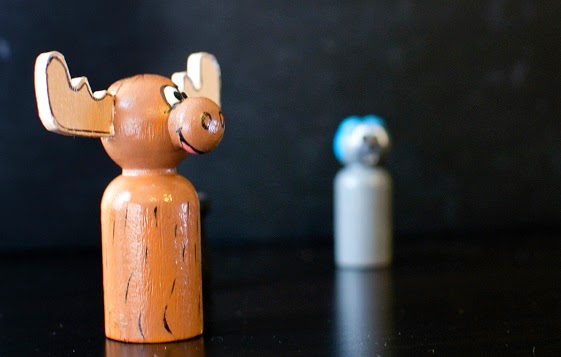 "Moose" was a bit tricky to make with his honken' set of horns.  I ended up performing massive surgery on his head to create a crater big enough to wedge in a antler rack.  I cut the antlers out of 1/8" mdf on my scroll saw, sanded his little face flat, then glued the wooden cap on for his nose.  Normally I try and stay away from any small balls or notions that are simply glued on.  I try and keep my peggies kid safe no matter the age, but let's be honest...this set was for me ;0}

Plus, you really can't make Bullwinkle unless he has a gigantic schnoz! 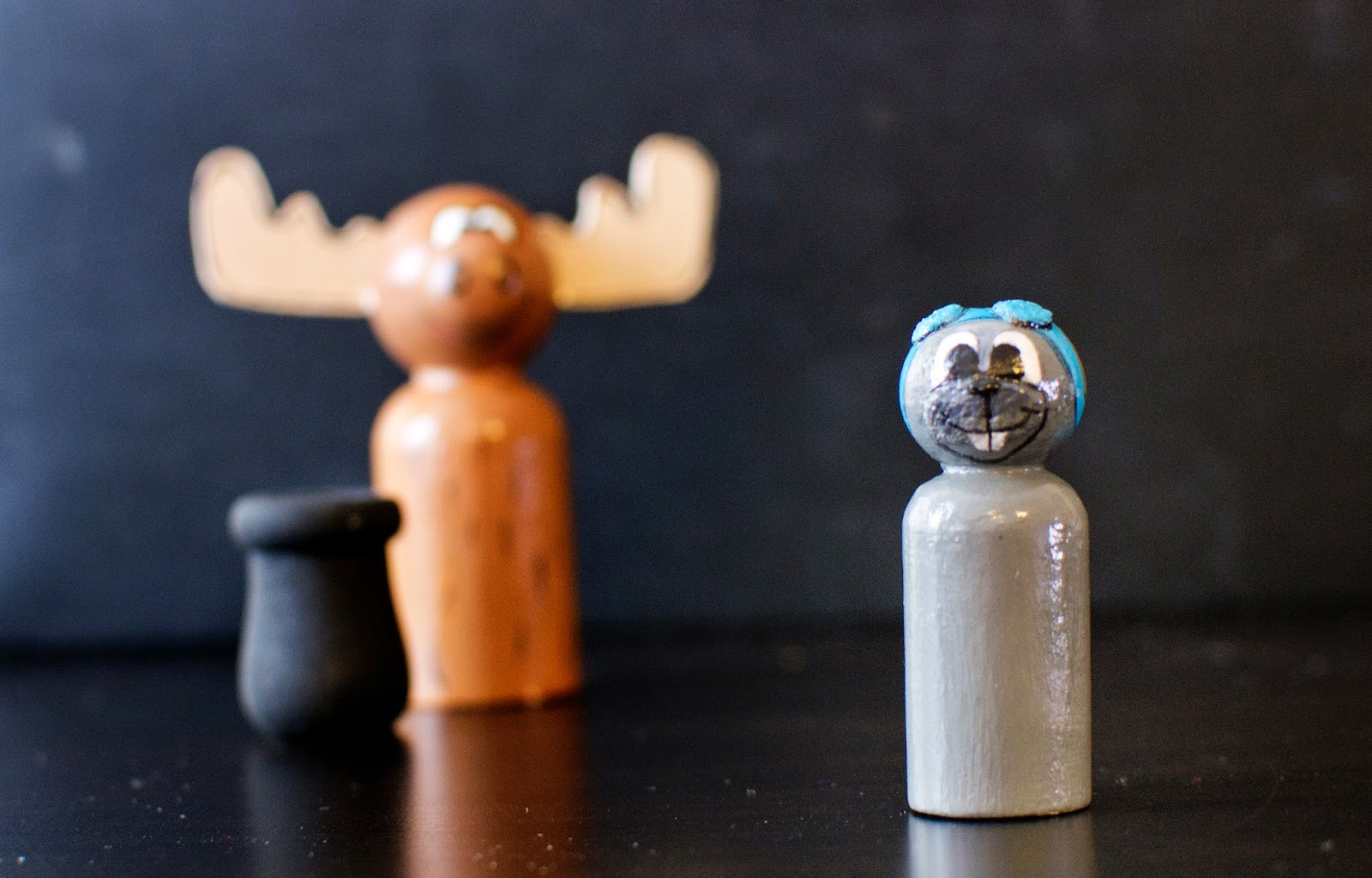 For all of the rest of the dimensional fun I had with the "sqvirel", the hair on several of the dolls, and Dudley Do-Right's chin, I used Ceramic Stucco to build up the areas I wanted dimensional, then I painted over the stucco once it dried.  Now, I probably would use some other medium with a little less roughage in it.  I took a shot in the dark when I picked this stuff up from the Art isle at Michaels.  There was a smoother texture gel sold, but they were out of stock.  Rather than wait...and then never get my guys done, I went for the stucco.  I still love what it did for the dolls! 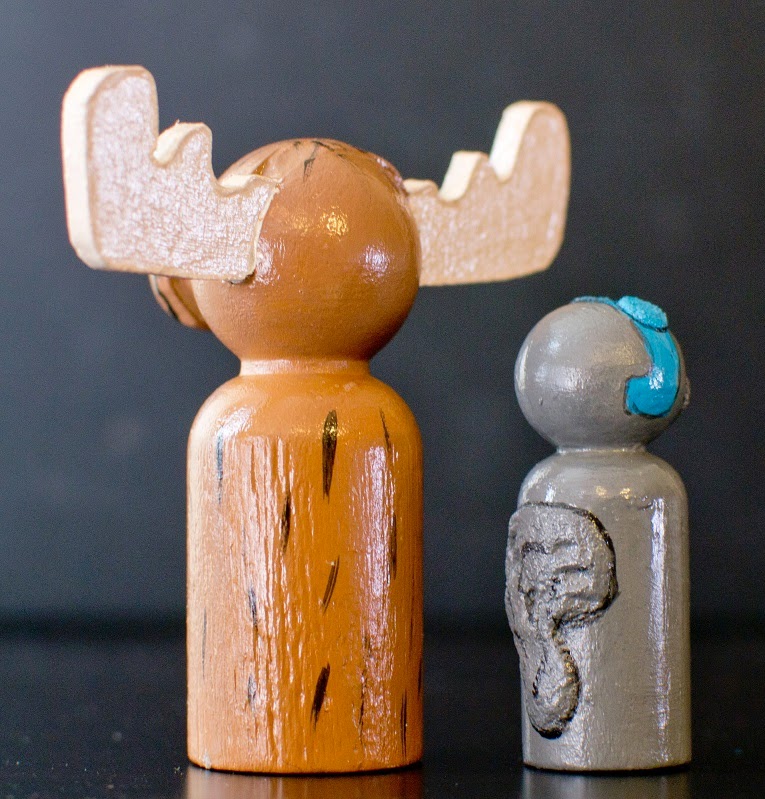 A little back view... 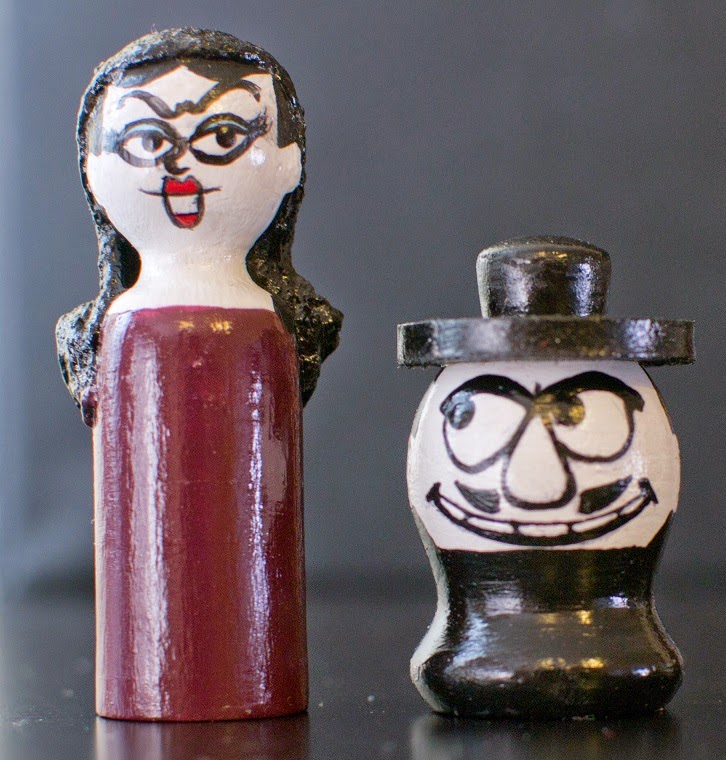 Boris and Natasha.  A playset with the good guys and no villains would only lead to drama.  NOpe.  You can't forget the villains. 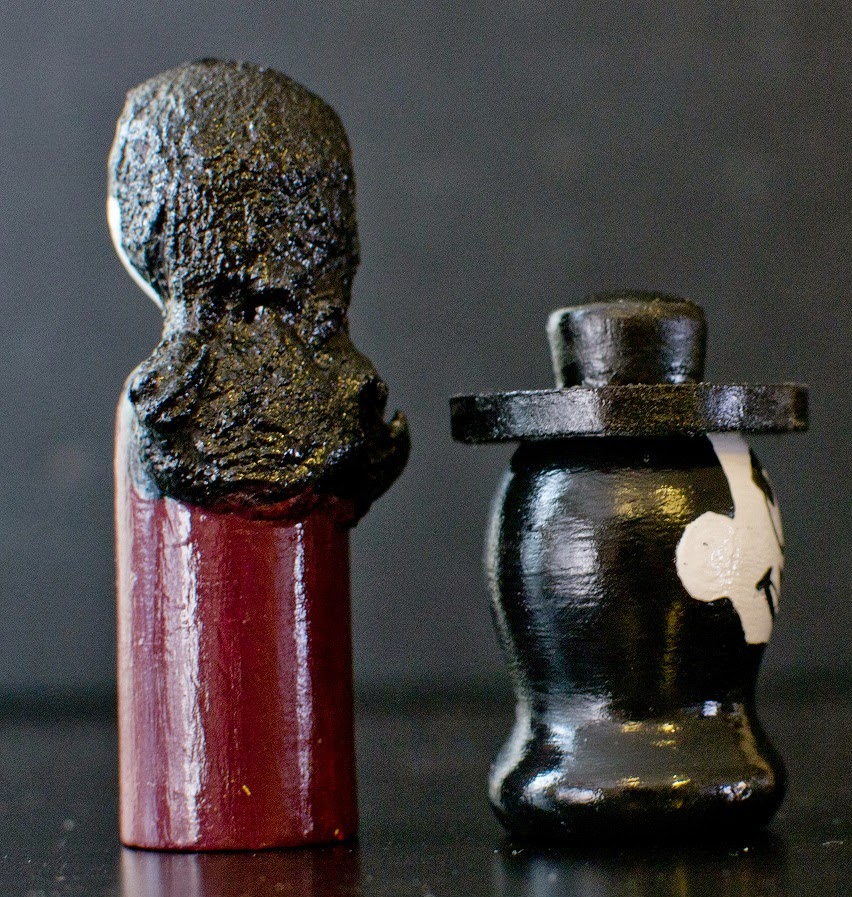 Here is the back view for them.  Boris spent a little time with his head under the sander too.  It is rather painful for me to take the peggies to the saws.  By the time I decide what they should be, it is like they are alive and feeling every cut.  Yipes!  I guess it is worth it though, cause it makes for a much stronger glue bond, not to mention a more realistic look in the end. 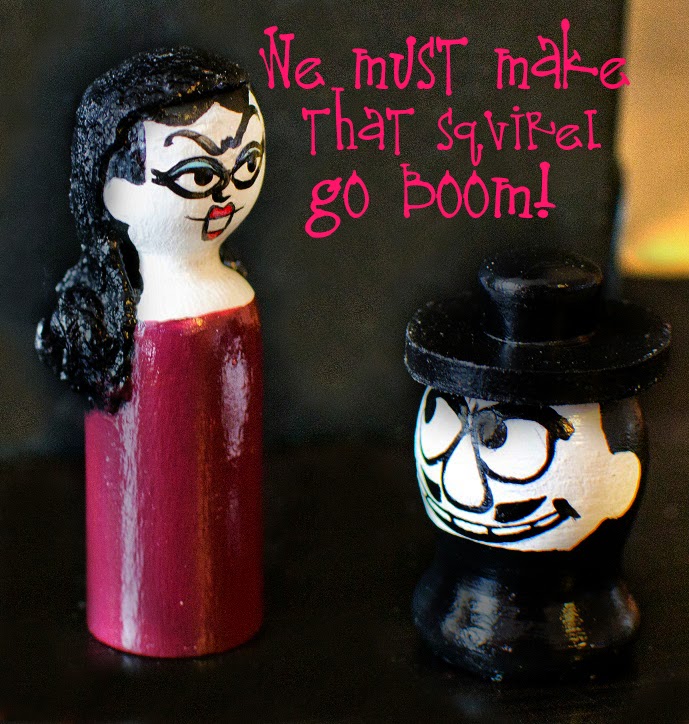 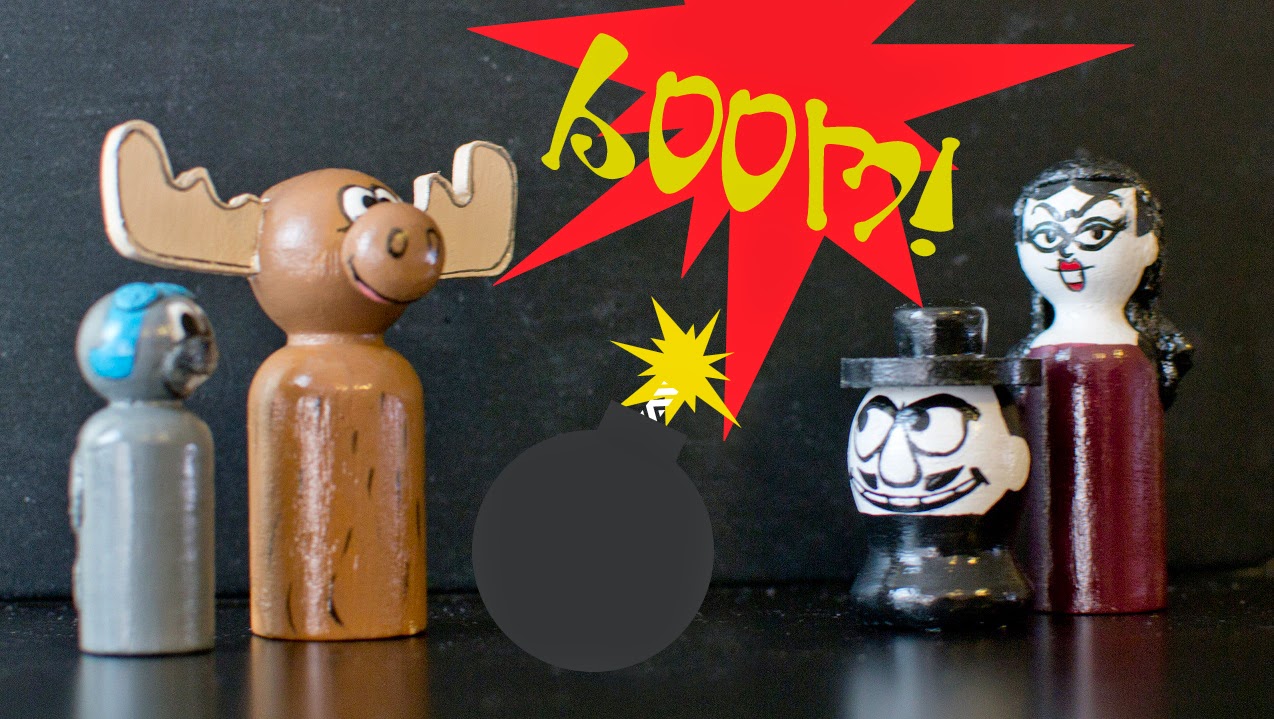 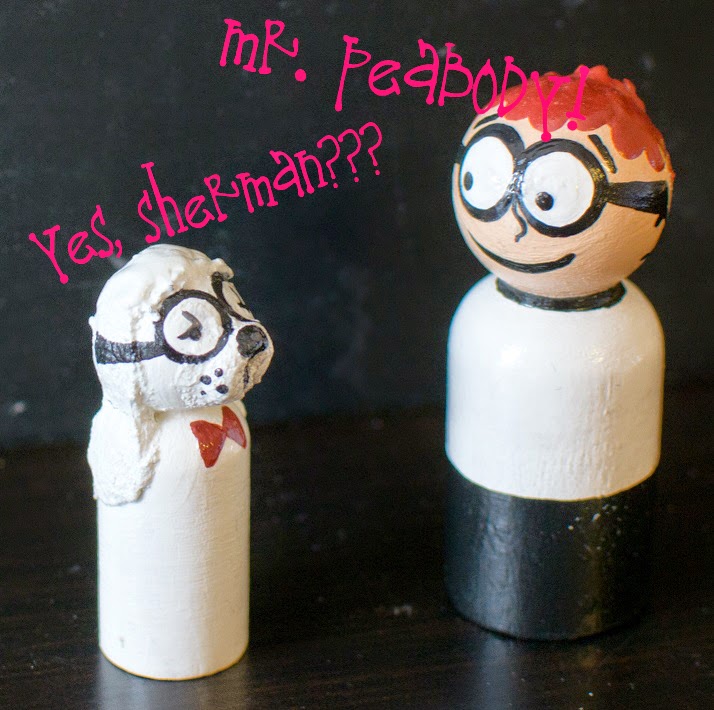 I totally forgot that Peabody and Sherman were in the Rocky & Bullwinkle show!  With the new Mr. Peabody movie in theaters, it was pretty exciting for Emmalee to get her very own Peabody and Sherman.  Now I just need to make a Mr. Peabody movie set of peggies.  The only problem I have with that group is I have no idea what to use for the Way-Back.  I will have to keep thinking on that one. 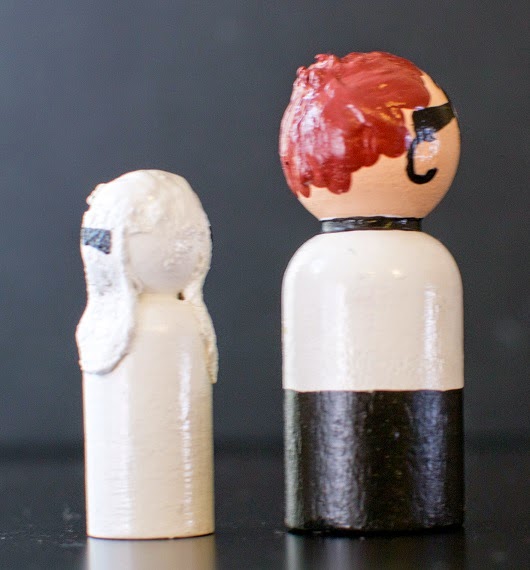 Here is a back view of those two.  Not super exciting, but I worked pretty hard on the hair and ears.  I might as well show them too.

I am off to bed, but tomorrow I will show you the Dudley Do-Right portion of this set.  Madison has informed me, and I totally agree, that I also need to do the Fractured Fairytale fairy.  How could I forget?
I guess I am not finished.  Darn!  Now I get have to paint some more ;0}