Skirting Through The Week- Day 5 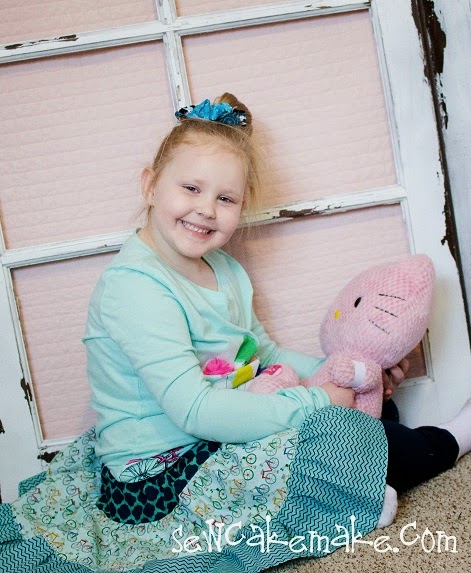 I had a hard time choosing which skirt to show you today.  I finally settled on this, yet another fabulous twirl skirt, yet another one with bicycles.  I really don't know how my obsession with bicycles came about.  I haven't ridden one in ages.  I know "they" {whoever decides what is trendy} have been pushing bicycles...but surely THAT is not the reason for my obsession...right?

Please note, this was actually the first skirt I had Emmalee model before the camera.  If you have been checking the skirts out all week you will see a stark contrast between this very smiley, very cooperative girl and the photos that I posted earlier in the week.  It makes me chuckle just a bit on the inside. 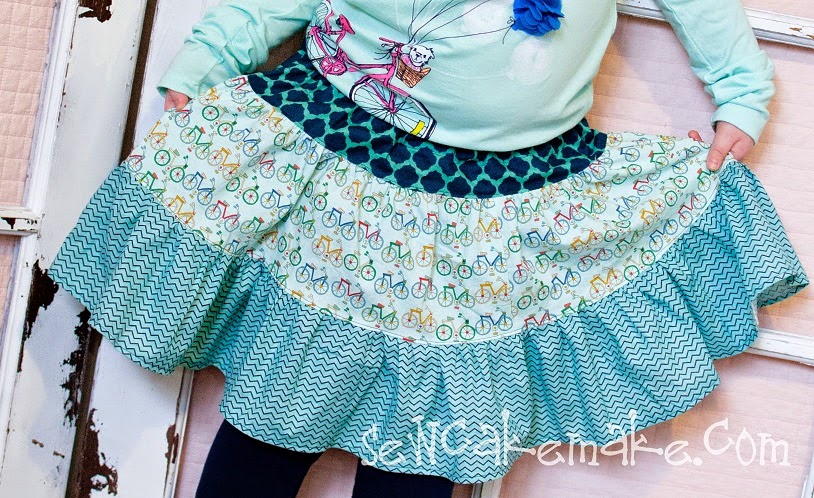 Here is a close view of the fabrics.  I purchased all of them from Joanns fabric store.  The bicycle fabric again was purchased last summer, but the rest was purchased recently.  Don't you love the bicycle shirt I found at Target!?!  It was on clearance and went perfectly with the skirt.  I simply couldn't resist!!! 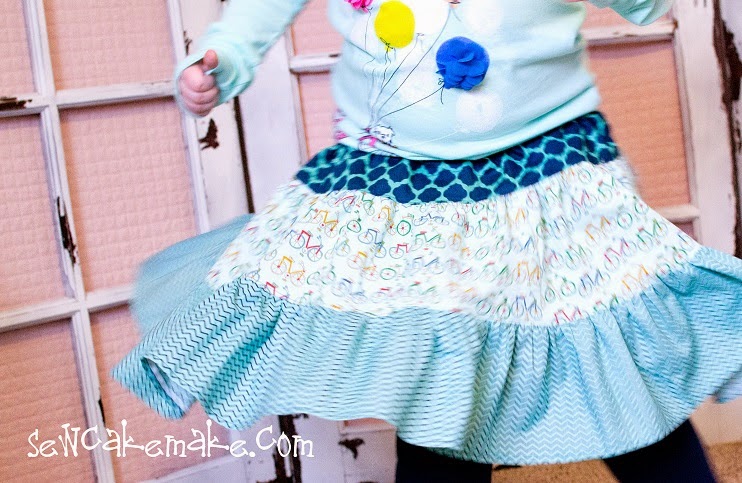 So, by saying it was made it twirl skirt style, I mean that it was made in tiers, and each tier is about double the row before.  I made the yolk smaller on this one than the other tiers, basically because I got sidetracked and cut the skirt to the wrong unintended measurements.  I guess that just shows that you really can't mess up a twirl skirt ;0} 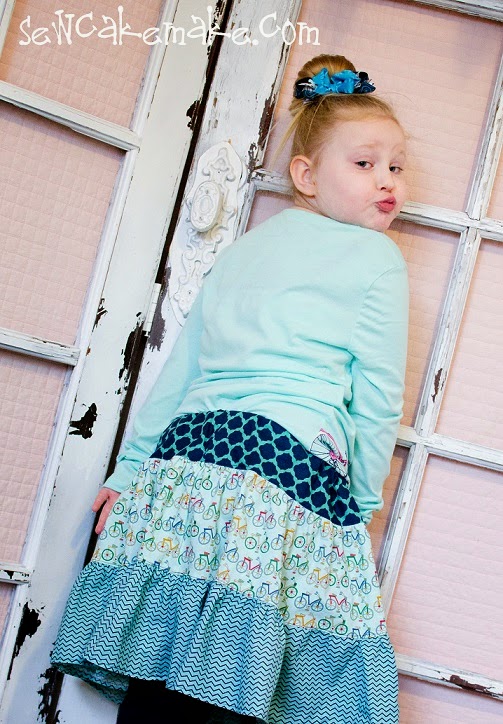 Now there is a fabulous model!  I love this girl!!!

Now, just for kicks and giggles, these pictures were downloaded the same day as the skirt pictures... 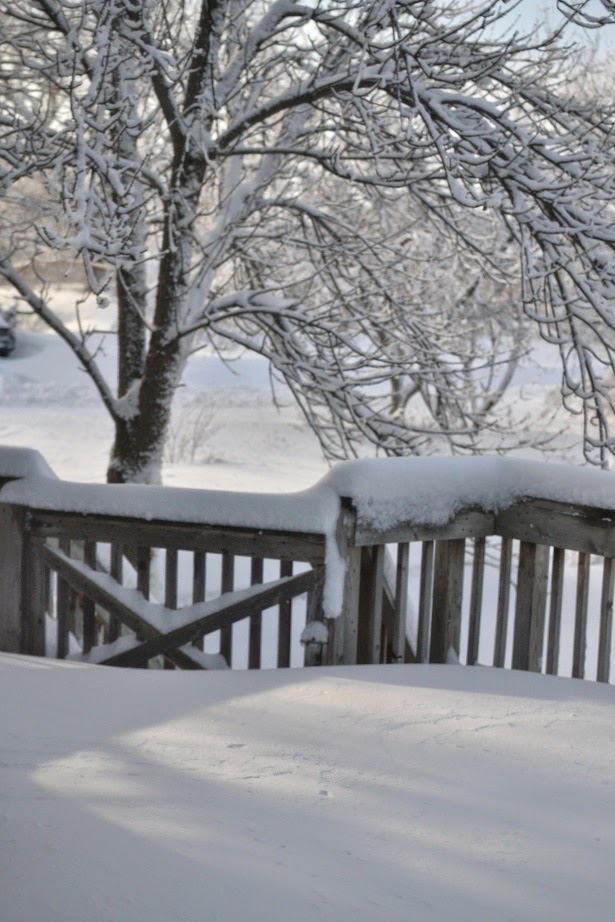 How is that for snowfall!?!  That is why my girl is wearing long sleeved shirts under her t-shirts and leggings under her skirts.  This is my back porch.  We had not been able to open the door to the porch since early November. 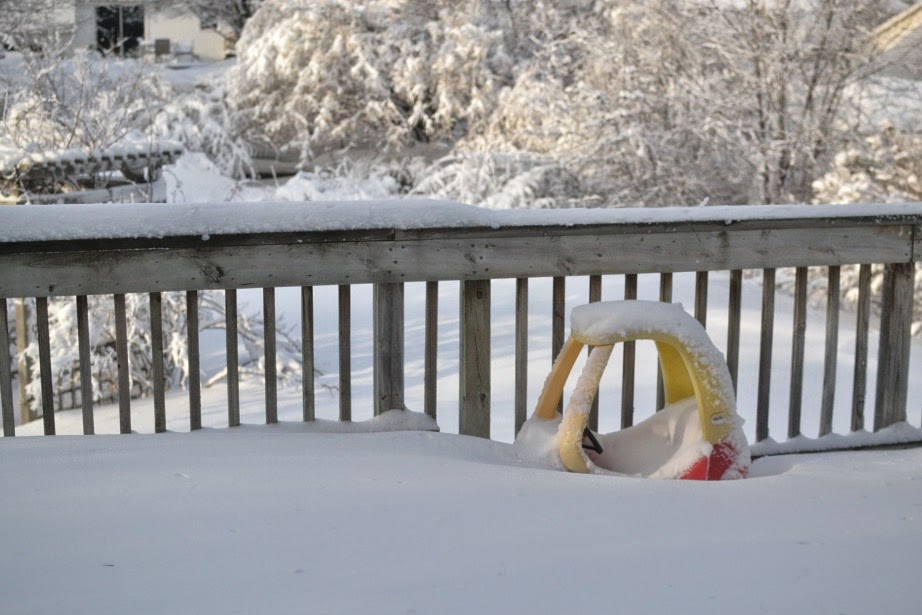 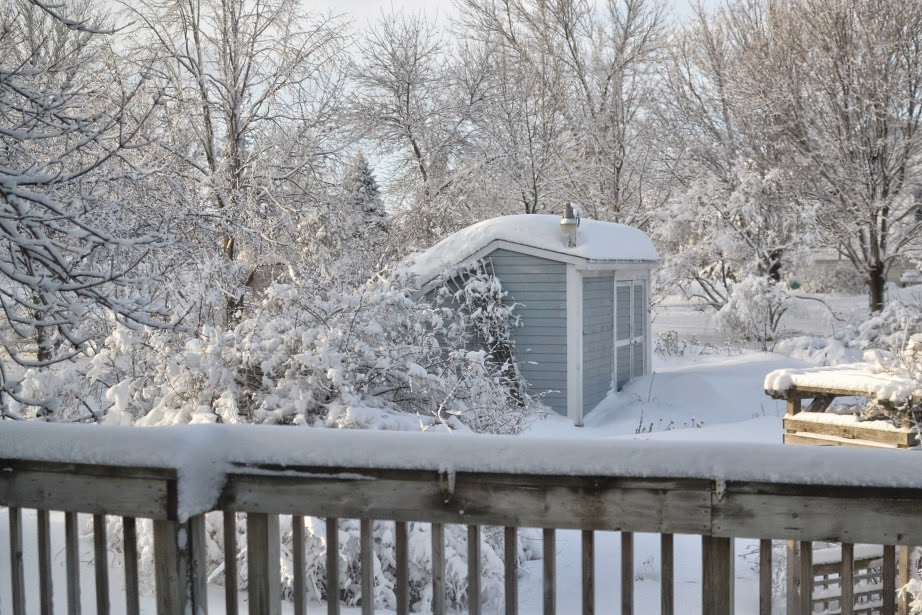 Our real bicycles are buried in that shed.  Don't try steeling them.  They are not worth the effort ;0} 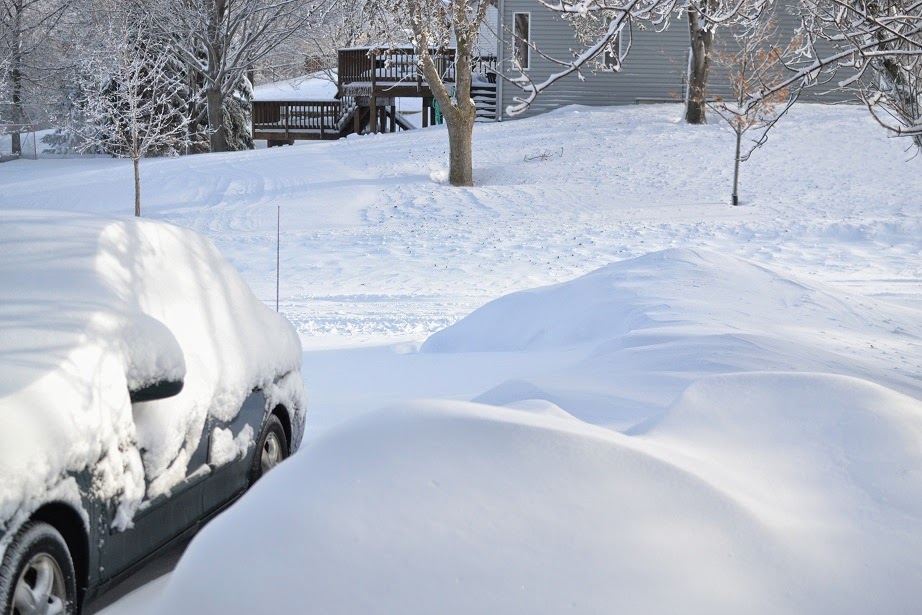 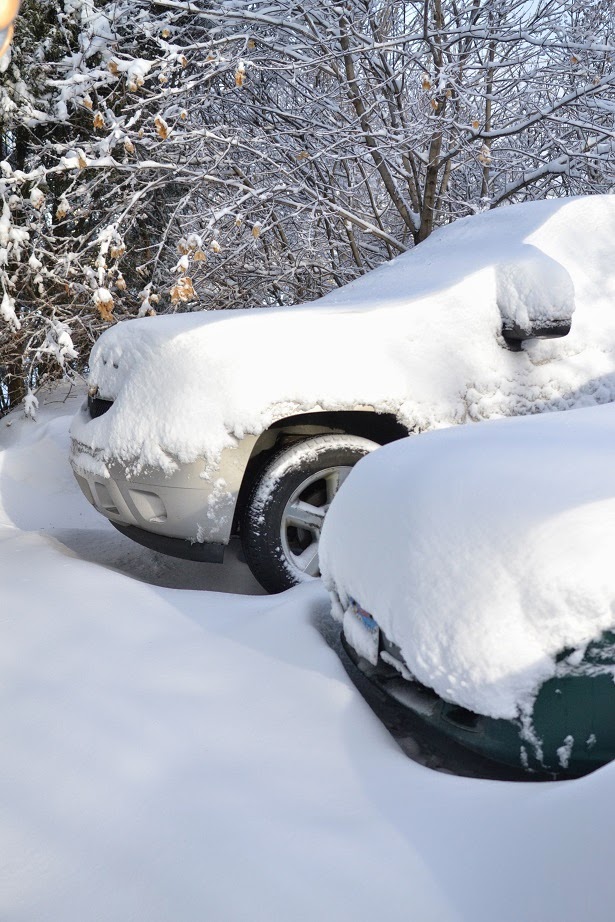 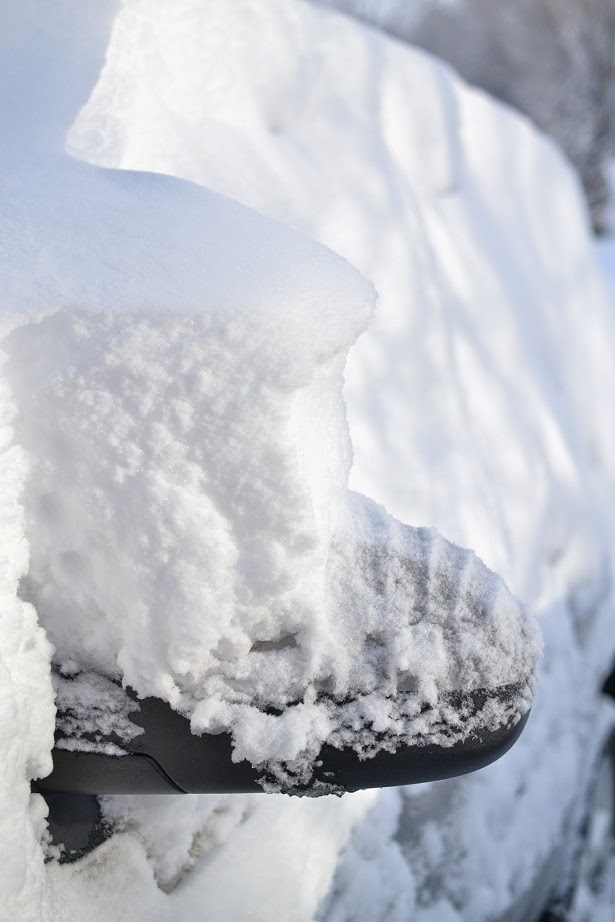 Just as reference, I wiped off half of the snow from atop the mirror. 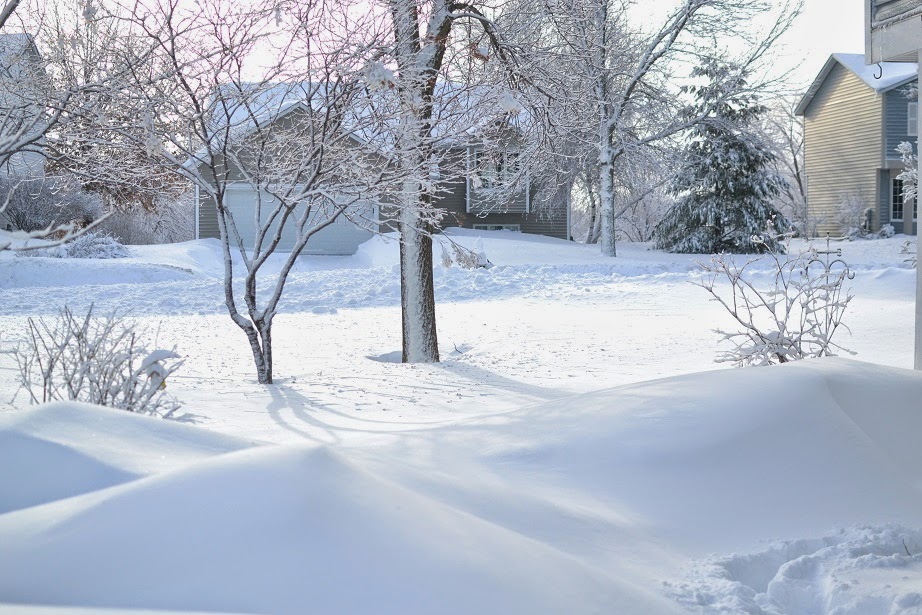 I think these pictures were so shocking since now, finally, all this white stuff has melted!!!
Alleluia!!! 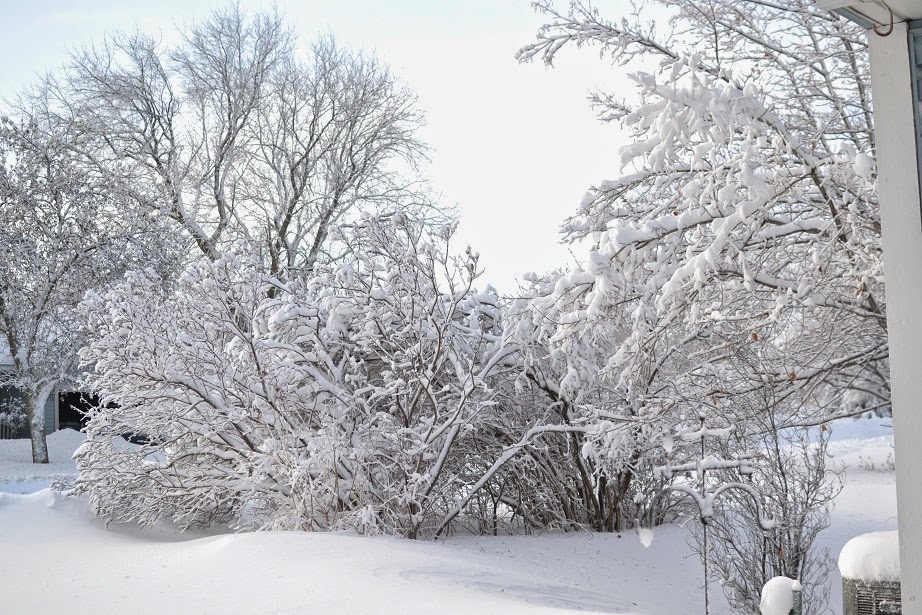 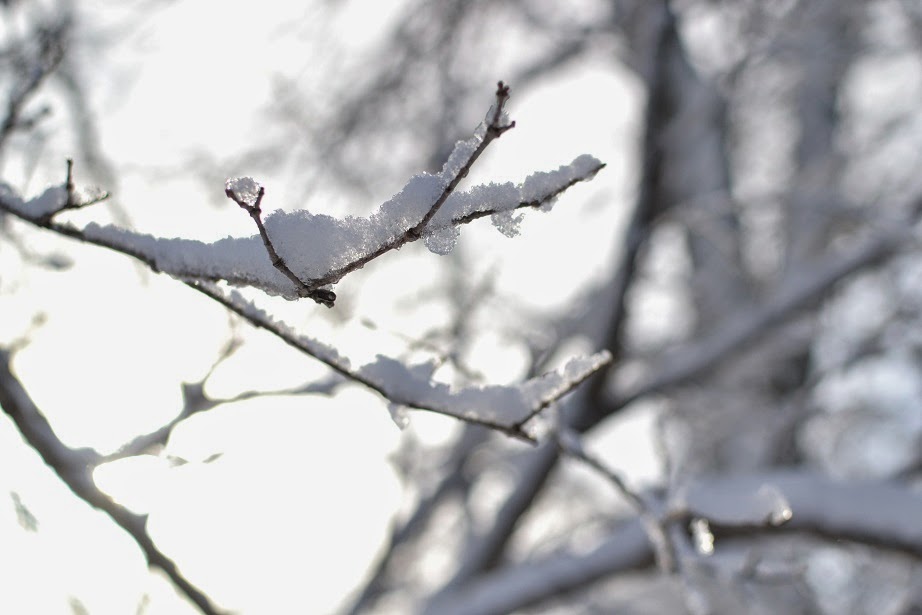 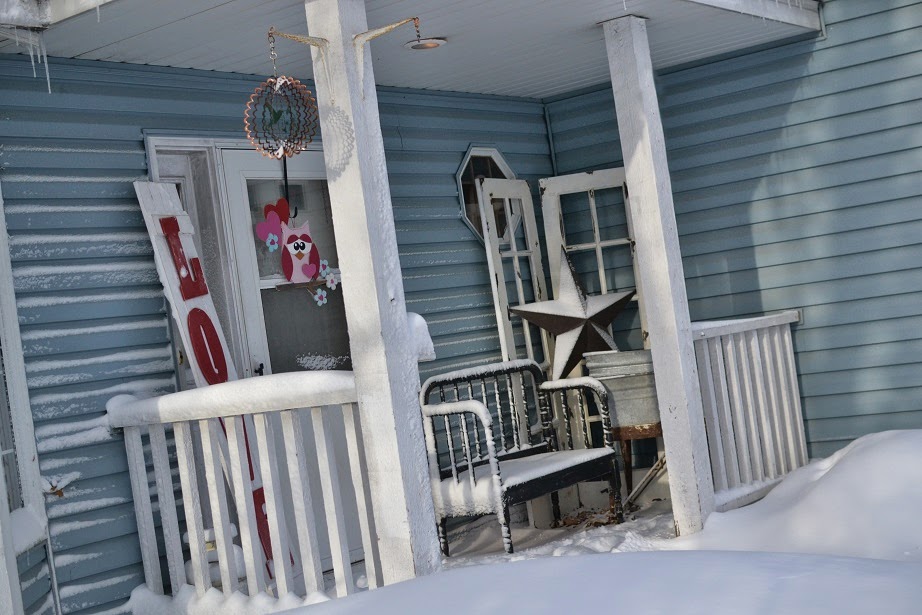 Now these days are finally over and there could not be more people out in the neighborhood, pretty much at all hours of the day, walking and talking and soaking in vitamin D.  It is so fabulous!

Tomorrow I have my total favorite skirt to show you...favorite from this batch of sew-o-rama anyway.  So get out and enjoy some sunshine and I will see you tomorrow!