It's All About the Color,Baby! 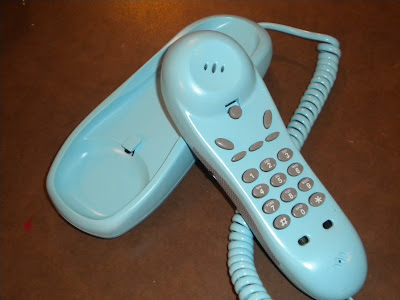 This was my more-successful project today.  The rest of the day I would rather forget, so we will just focus on this little victory! 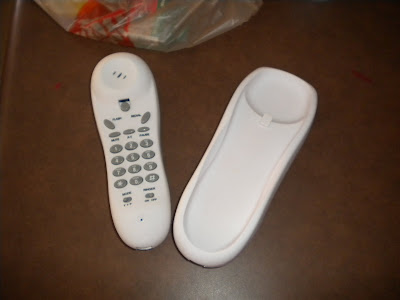 The phone started out like this.  I bought it at Goodwill for $1-half-price Saturday OF COURSE! 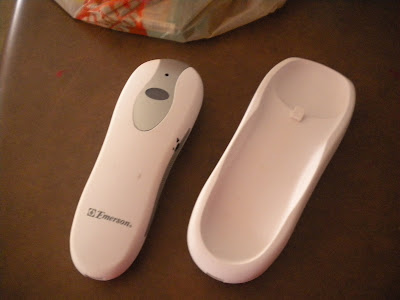 I liked it 'cause it was smaller, and frankly, 'cause it said Emerson-I call Emmalee Emerson every once in a while.  The other big factor was that it was the only phone for $1.  The rest were way more which makes me want to jump on my Why-Is-Goodwill-Charging-So-Much-Nowa-Days Soap Box, but I will resist. 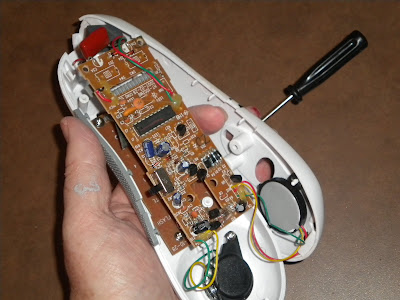 I pulled the do-dads off my phone and was frantically trying to break it open when I finally realized there were two mini screws holding the cover on.  Sheepishly I unscrewed them....And found this.  Wow!  We actually haven't owned a land-line since 2003, so this phone encounter was very up close and personal for me.  Did you have any idea all this was inside? 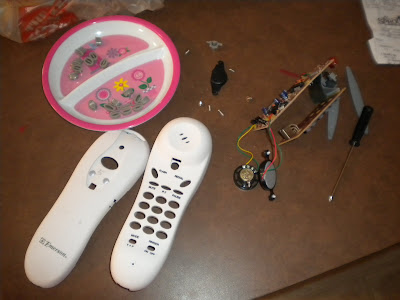 Here is what we ended up with.  Now, where is that spray paint and do you actually think I can get that all back inside!?! 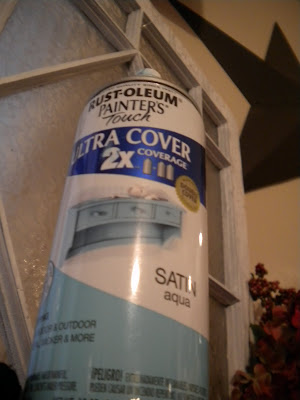 Two and a half coats of Rustoleum Auqa... 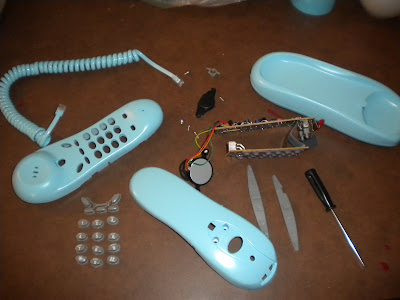 And let the RE-ASSEMBLY BEGIN!!!  While I was outside spraying, someone put all the buttons in order for me :0)  Wasn't that nice? 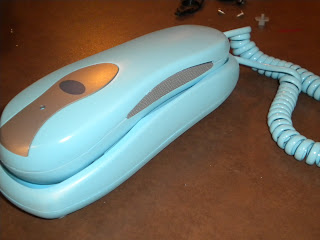 I only had to undo all the screws and re-open it once, and there were only 3 parts and 5 screws(not counting the one that fell on the floor) left over.  Oh, Eli just came to show me that I mixed up the pound and the star buttons.  They may just stay that way!
Let's see that other shot again...

Yep, and there are the keys in wrong.  I will claim Artist's Freedom of Expression. 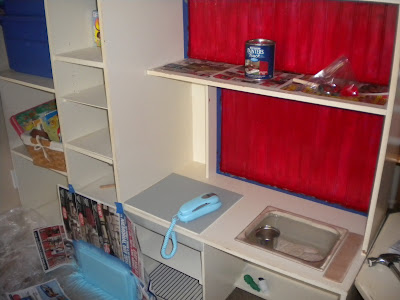 Here it is with the kitchen we have been working on for months.  I finally got the fridge doors sprayed when I sprayed the phone.  This would lead me to my more aggravating part of the day-painting the red backsplash!!!  The paint was lame and the worst part... 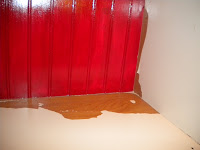 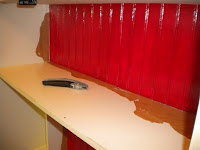 THE WHITE PEELED OFF WHEN I TOOK OFF THE TAPE!!!
I don't even know how to tell you HOW frustrating that was!  Crisis averted, eventually (grunt, groan).  Hopefully soon you can see a finished picture of that.  Unfortunately, I don't think I have another minute to work on it 'til next week :0(
That is OK because tomorrow, I get to make a Luau Cake!
Hope you had a STRESS-FREE day.  Someone should have.
at May 26, 2010