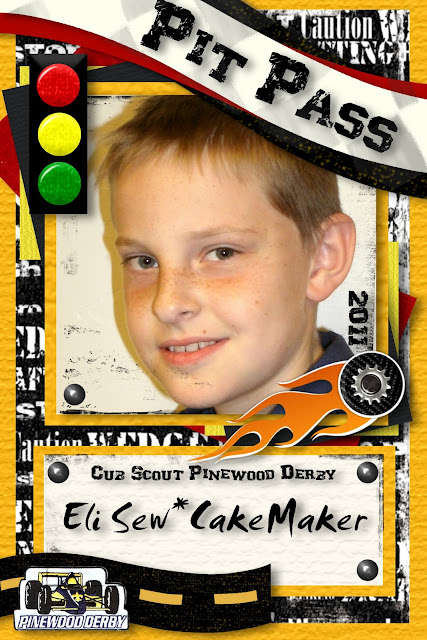 Eli's first ever Cub Scout Pinewood Derby was the coolest thing he had EVER been to.  The darling woman that was in charge did such an phenomenal job and the craziest thing was, she doesn't even have a son!!!  She arranged for street cones from the city, bought checkered flag banner to line the track, and had the roster of the boys projected on the wall to show the current standing of the racers.  I was amazed!

Actually, here is a photo of last year, and it was all done mimicking the first... 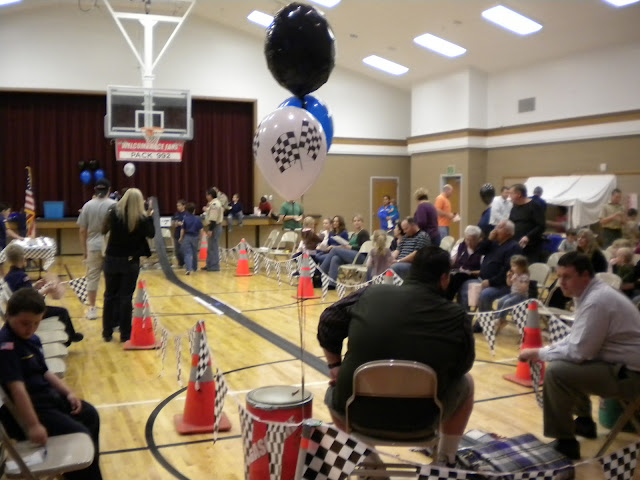 Just one of her amazing ideas was to print out photo pit passes of all the boys.  They had their own roped off area where little brothers and sisters were not allowed.  We have tried to keep the fabulousness going so here is this years pit pass.

I went ahead and made a blank in case anyone is interested in a free copy.  Just right click on the image and save to your computer.  You can either import it into your photo editing software, or print out pictures of the boys and glue them on.  Either way the boys will love it! 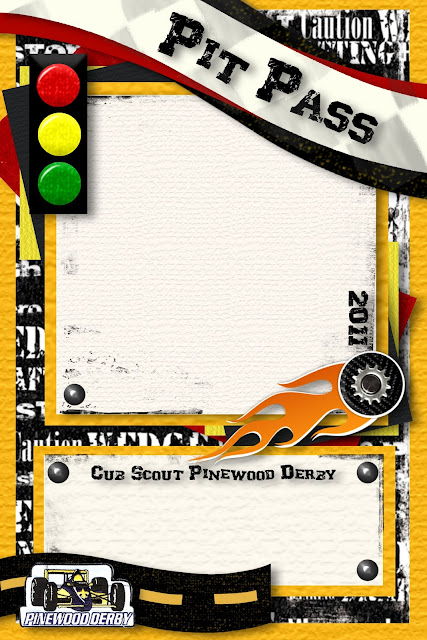 We just laminate, punch a hole in the top, then run a ribbon through so it can be worn around the neck.  I think this year we will take it one step further and have staff passes too. 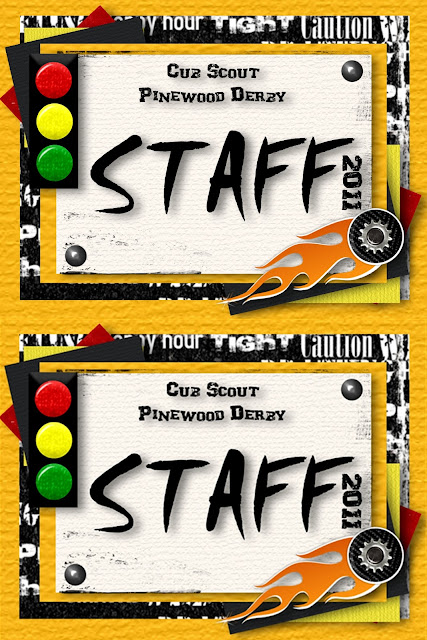 One week to go!
I am in charge of the concession stand.  It was something I did last year after searching for ideas online, but we always try to add a little each year right?  After 12 months of thinking about what I could do next, I am so totally excited to get cracken'!!!
More on that coming up next week...

Update****I also have this version available.  Check that out HERE!!! 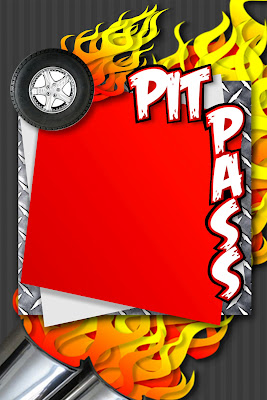