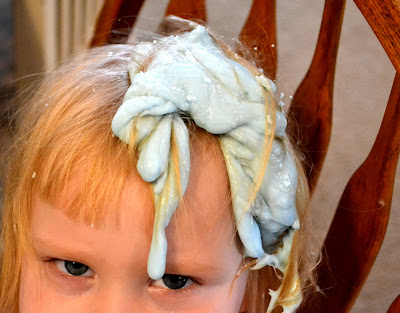 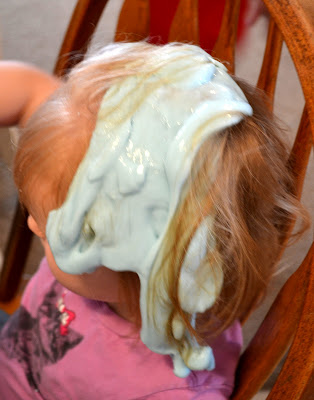 I had the two 2 yr olds sitting at the kitchen table playing with the goopy stuff, Madison across the room at her computer doing school stuff.  After a while, I made a quick trip to the bathroom.  You should know already that I am not one to dilly dally, not even in the loo.  Madison came to get me and said that Emmalee got Goopy Stuff in her hair...
I NEVER IMAGINED IT WOULD BE
SOOOOOO MUCH!!! 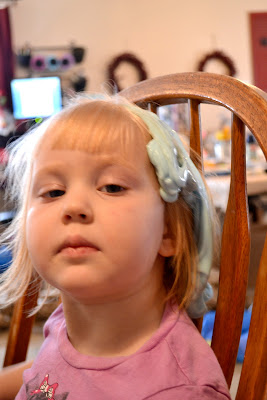 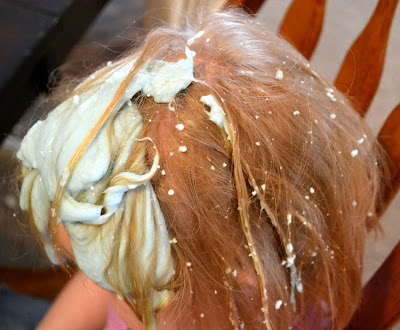 Slowly, patch by patch, by hand at first, then with her comb, I scrapped the gunk out of her hair.  She now needs Rogaine for Toddlers :0)  But I am fairly certain there will be absolutely no goopy stuff on the head
EVER AGAIN!!! 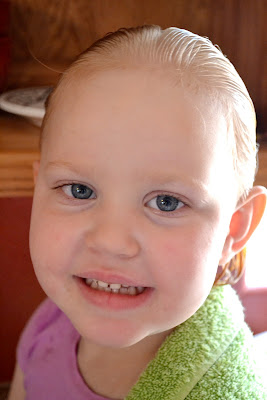 A nice rinse with plain water and she was as good as new.  I so wanted to call my mom.  I might have had a piece of gum or two in my hair, but Emmalee SO WINS!
Baby Shower in a Box coming up next...after I put myself in time-out for a while :0)

Email ThisBlogThis!Share to TwitterShare to FacebookShare to Pinterest
Labels: All Me, Crafting with Kids