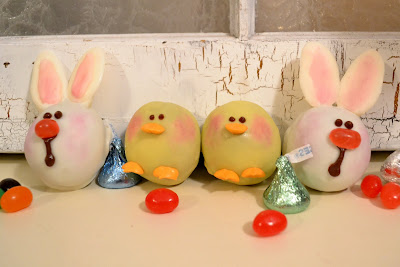 Madison and I set out to make cake balls for Eli's class Thursday night and ended up with these.  I was going to just dip them in yellow almond bark and drizzle colored chocolate on top.  Once I the idea to make chicks popped into my head, we ran with it. 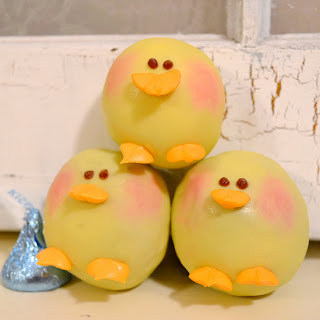 Let me show you what I did.  It really was so fun and easy! 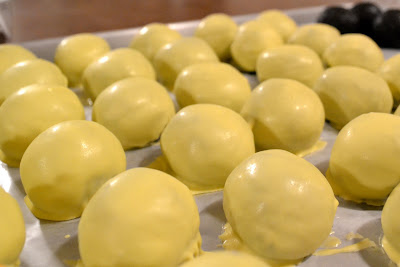 We made oreo cookie balls per Eli's request, rolled them tight, then dipped them into yellow almond bark.
They were placed on wax paper lined cookie sheet while the almond bark set. 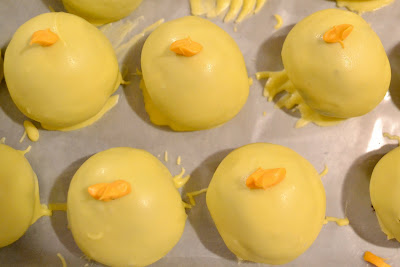 I used Wilton decorating tip no. 352, (for leaves) to make the beak and then again to make the feet. 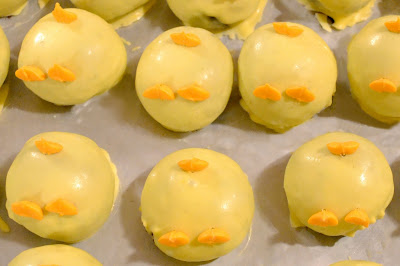 I made the eyes with chocolate frosting and round tip no. 3.  I used a little fuchsia luster dust to rosy the cheeks.  I would have preferred a lighter colored dust, but the fuchsia was all I had on hand. 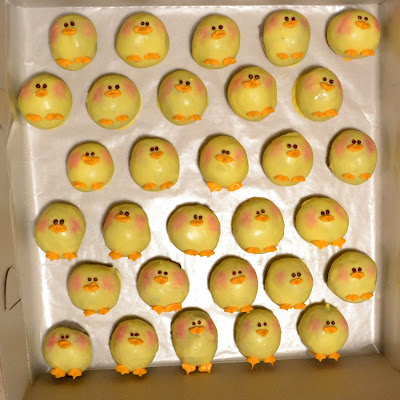 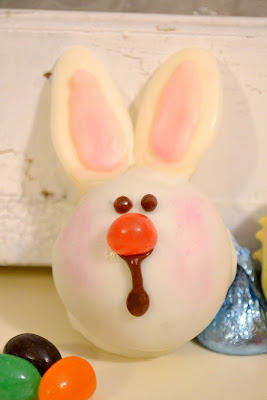 Halfway through dipping the chicks I thought of these bunnies and had to try them too. 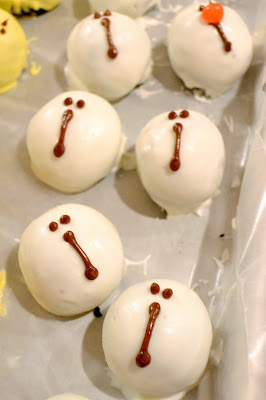 We dipped the same oreo cookie balls in plain white almond bark, then used the same chocolate frosting to dot the two eyes and draw a line for the mouth.  I made a larger blop at the top of the mouth to act like glue for the nose.  The nose, by the way, is a jellybean cut in half.  I couldn't decide which way to cut them, so some bunnies have oval noses and some have noses that are more circular. 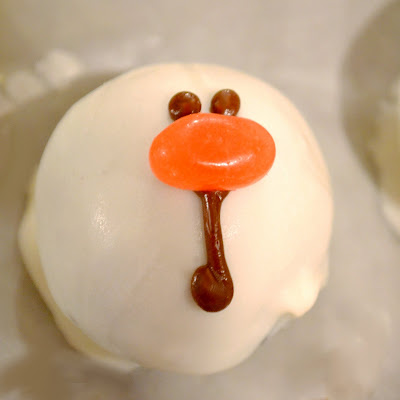 After they all had faces, I brushed the cheeks with luster dust and set them aside.

For the ears, I used spoons and almond bark.  I thought about this for a while and tried a couple things... 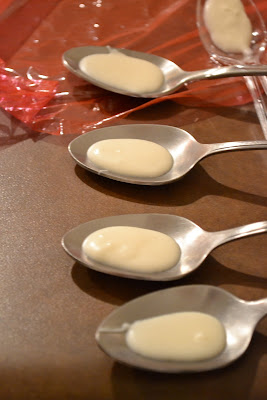 My final conclusion was that you can use either plastic or metal spoons-no plastic wrap!  Drizzle the chocolate onto the spoon to make a long, thin-ish ear shape.  Then, let sit on the counter for 15 min. or so.  The chocolate will harden enough to add the ear centers. 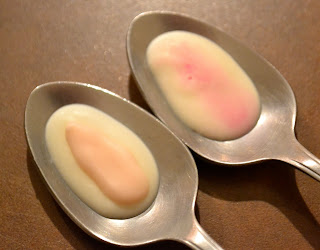 The ear on the left I used almond bark tinted pink to make the center.  The ear on the right was brushed with fuchsia luster dust to color it.  You can decide which one you want to do.  I did end up brushing the pink bark with the luster dust.  I am a rather obsessed with shading things :0) 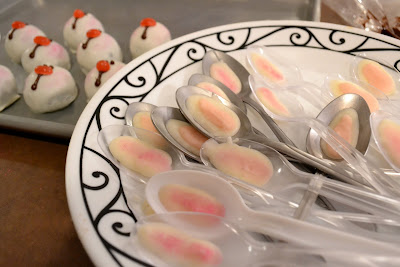 Once the centers were ready, I tossed the whole plate of spoons in the freezer to harden all the way. 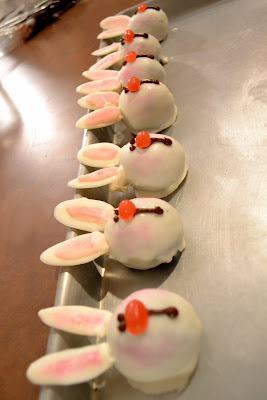 When the almond bark is hardened, it comes right off the spoons.  I dabbed a little wet almond bark on the back of the ears and attached them to the bunny heads. The bunnies hung around the edge of the cookie sheet until the ears were dry. 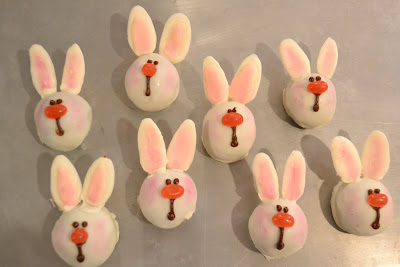 How cute is my flock of bunnies!!!  We had a hard time eating them they were that cute :0)

Easter cake balls, or cookie balls I should say.
Yumm!