How to Make Your Own Pixie Stix - Ode to John 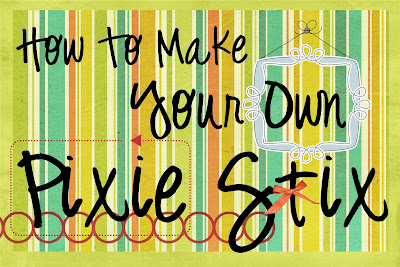 I finally made it out of the bed after day four of being taken out by the flu...again.  No, I didn't get a flu shot.  Never have, probably still never will.  Actually, now that I think about it...maybe that would have helped...Hmmm
Anyway, finally made it out of bed only to realize it was April 30th already.  While April is full of new life, fun and excitement, I dread the last day of the month.  It is the anniversary of my brother's death.  John has been gone for 7 years now.  I so can't believe it has been that long.  He was a nut.  He was crazy.  He was a totally rebellious teenager and a huge softie all in one.  He was my strongest link to childhood.  Probably because I am always running full throttle, I cannot remember hardly anything about when we were kids.  When we got together as young adults John was always throwing out stories of when we were kids and the trouble we he got us in.  He brought it all back for me. 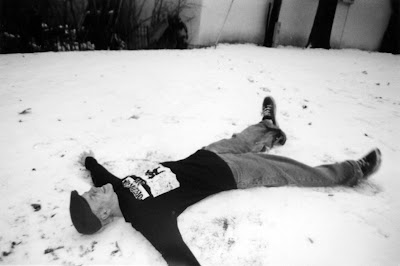 Every year this day sneaks up on me and every year I search for something I can do to celebrate John instead of the alternative, just having a cry-fest.    I decided a few weeks ago to give his favorite drink a try...kind of.  He loved coffee with pixie stix :0P  I don't do coffee, but pixie stix I am a fan of, or at least I was years ago.
I went in search of pixie stix today and found not a one!  I stopped at several stores along the path to the fabric store (my chosen drink to drown my suffering heart :0) and had no luck.  Finally I decided I would make my own,
SOooooO, I will now show you...


The first part is making the straw.  Take any random bag of straws, crack it open, and go ahead and cut off the bendy parts.  I do need to mention I got the idea from a very smart woman over at About.com.  I didn't actually use the recipe they gave.  More on that later... 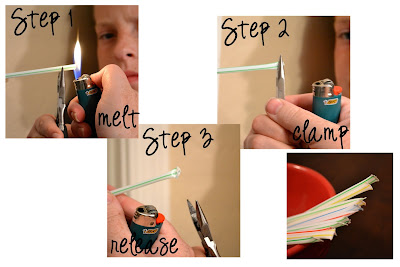 Take the straw and
Step 1-melt the end
Step 2- clamp it shut.  You only need to hold it a second or two to get it to seal.
Step 3- Let go and do it all over again.
The same process is used to seal the other end when the tubes are all filled.
*note*I had my kids helping me seal the straws.  I found that if we had the straw already in the needle nose pliers, then melted the straw, we could just pull the straw back and clamp it shut.  It was much easier than their unsteady hands trying to grab the straw before they could clamp it. 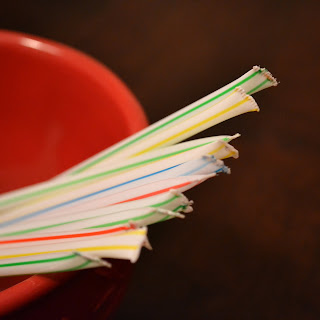 Worked like a charm!  Eli was shocked.  "They look just like the ones at the store!"  I am sure he imagines two guys in the factory, one with a lighter, one with a needle nose, sealing each and every tube before shipment :0) 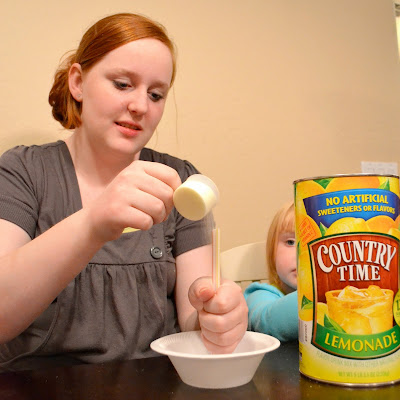 Last year Madison had a Sweet Shop birthday party.  I read all over the Internet about how to make your own pucker powder.  I found special recipes and sent Scott to Sprouts in search of citric acid.  None of that was necessary.  Buying the pucker powder online is sooo not necessary!  Just use powdered drink mix!  You can buy this HUGE thing of mix for $7 at Costco or Walmart, less than a small pack of the other stuff online.  It tastes good too :0)  Go ahead, lick your finger and give it a try :0)
Want to do sand art?  Just get a couple kinds of Kool-aid with the sugar already mixed in and have at it!
OK.  Soapbox over. 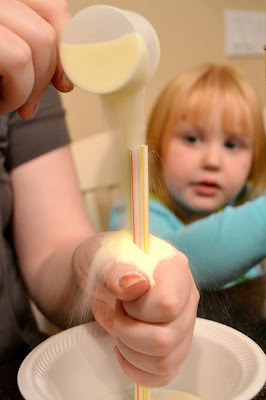 I had the kids hold 5-6 straws and pour.  3 were filled to the top with the first pour.  Another go and the rest were filled.  Everyone had to try it :0)
*Note to self* Can I just say, this picture is awesome!  You need to click on it to see what I mean, but you can see the grains of sugar just cascading off of Madison's hand.  I am still such a newborn to photography so it is probably just fascinating to me, that cameras can take these kinds of pictures, but WOW!  All the camera, I take no claim ;0) 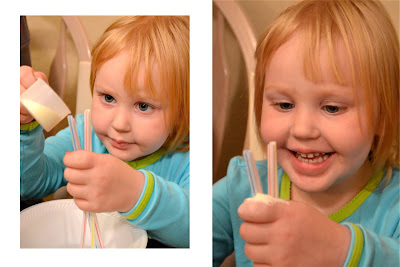 Yep!  That smile is a sign of 2yr old success! 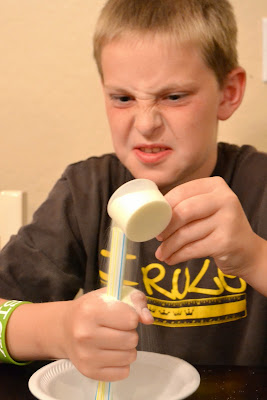 Eli likes to put his heart and soul into everything he does. 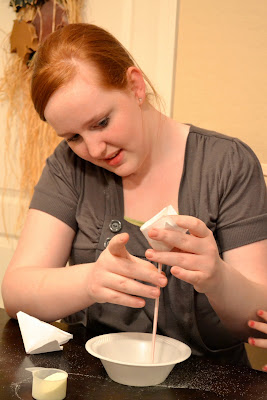 Dad, the engineer, even got in on things.  He "engineered" these funnels after he saw the mess on the table.  Man are we lucky he wasn't here for the Science in the Kitchen :0) 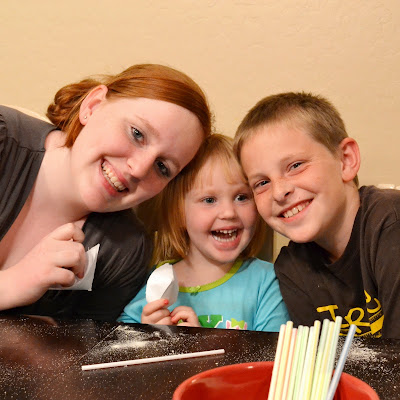 Wow!  Who knew that making Pixie Stix could be so fun!?! 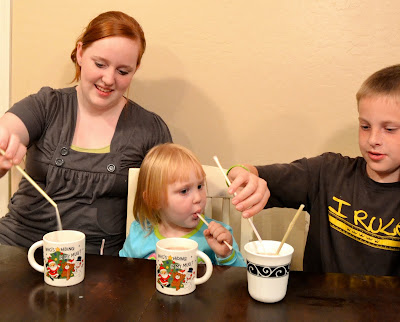 Pour and stir.  We used hot chocolate instead of coffee.  Yep!  That's right!  Hot Chocolate with lemonade powder!
John, I hope you are watching what your Nieces and Nephew are doing for you (yes, I tried it too-not an easy thing to do with a weak, recovering stomach :0)
Emmalee's didn't quite make it to the cup. 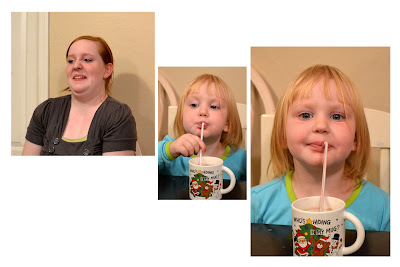 Madison...Instant NO GO!  Emmalee drank and drank.  Oh, that's right!  She had all her pucker first, then the hot chocolate!  The sugar set in all at once. 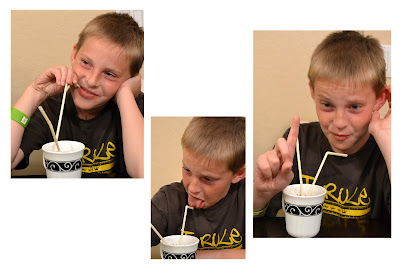 Eli, my weird "PB and Mustard Sandwich Eater" liked it.  He decided to add another straw.  That was where things went south.  As you can see, he recommends people everywhere considering adding lemonade to their hot chocolate stick with only one homemade Pixie Stix serving!!! 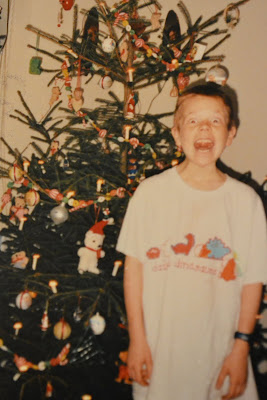 As for my weird brother John, I miss you, even though you broke all my china dolls and hid your gooey hands while you told Mom I was the one that ate all the chocolate chips on cookie day.
I am so sad you have missed out on so much life.

I feel terrible showing you this, but My medicine... 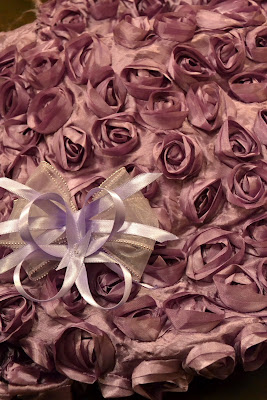 Found some fabulous fabric!
Nothing like a little shopping and a little sewing to lift a poor girls spirits.
Circle skirt here we come :0)