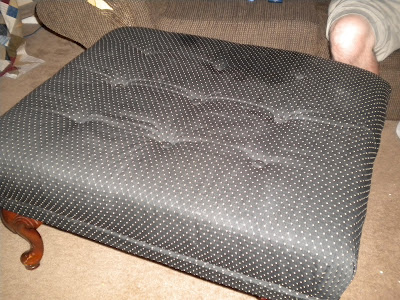 I love Covered Buttons! My friend Charlea first showed them to me several years ago. I was so skeptical that they would ever work. I finally made some of my own, still sure they would last two weeks tops! Now, six years later, I am a believer! Here is an ottoman I made six years ago. 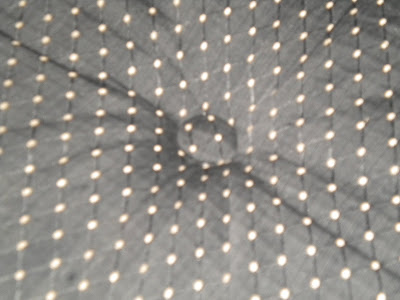 My kids have climbed on this thing constantly for six years. I vacuum the buttons daily, yeah right! But, I do vacuum them regularly and those suckers stay put! I had one top pop off, and keep popping off, so I replaced him and never had another problem. I had one other button, who due to being pulled so tightly with the string by which he was bound, eventually pulled out of his loop. The loop is still there, pulled down nice and tight, but the button is gone. Who knows where the poor lonely thing went. Bye, bye dear friend. 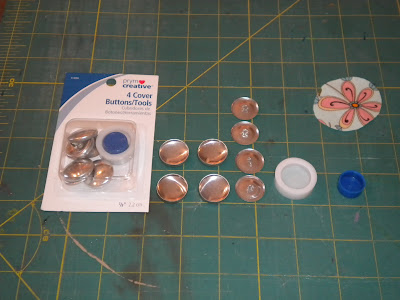 Anyway, I decided that covered buttons would be the perfect addition to my bucket seat covers. This is what you need to make some of your own. Having not covered any buttons for years, I forgot how easy and fun it was. You need a kit, less than $1.50 from Walmart, scraps of fabric, scissors. That is it! You are almost done ;0) 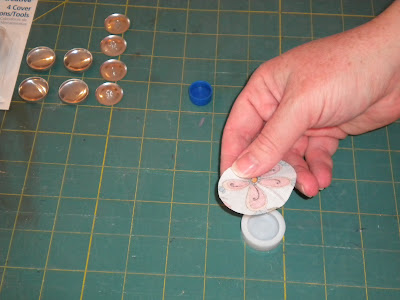 I think the instructions are rather clear, but for those like my dear Minnesota mother who still hot glues her buttons to her clothes, here are pictures to go along with the instructions. Cut your fabric into a circle that is about twice the size of the button. I made my circle sloppy to show you how forgiving these are. My buttons were just under and inch wide, so I cut my circle about 2". Now if you are looking for a particular part of the fabric design, pay attention to where you cut your circle. 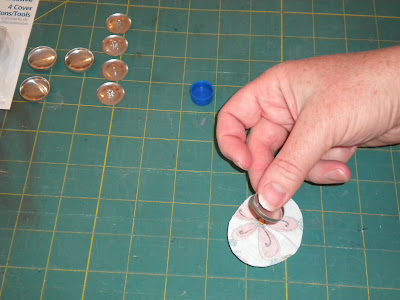 Lay the fabric piece over the white rubber mold. Place the silver button on top of the fabric. 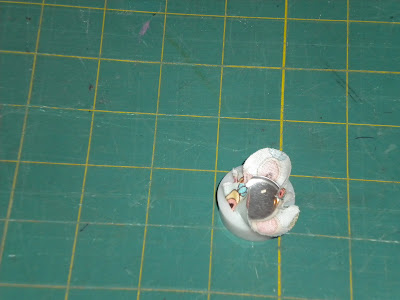 Push the button down into the mold. It will take the fabric with it. 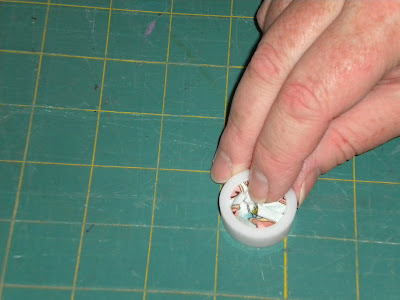 Tuck the extras into the button, like-a deis! 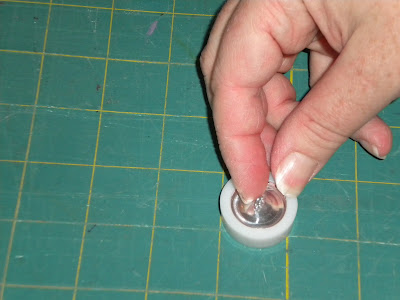 Place the backing on. 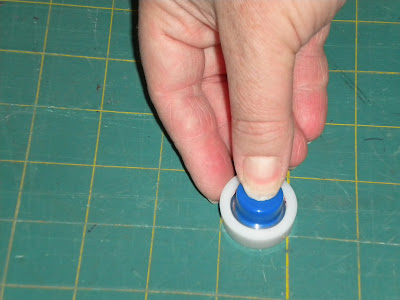 Push the back on with the little blue stopper provided in the box. And then disregard the terrible condition my nails are in after working with my bucket seats ;0) 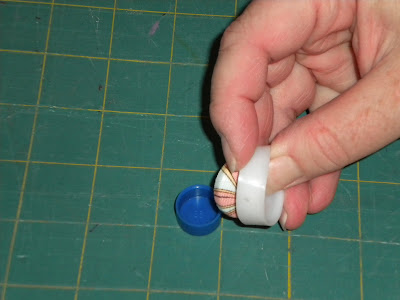 Push the button out of the mold by pushing on the bottom of the mold. Yawn. 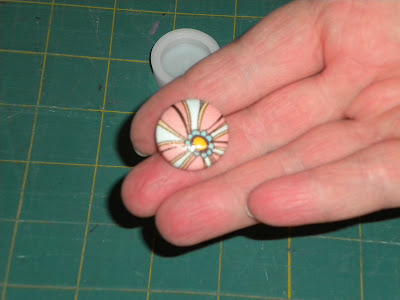 Ta-dah!!! A fabulously stylish button that will last at least six years of fairly serious abuse! Enjoy!
at April 17, 2010