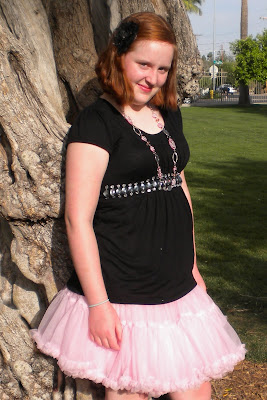 My girl Madison absolutely loves her pink petti.  I think she wears it at least once a week.  We took these pictures a week or two ago as she simply could not get enough of the frills. 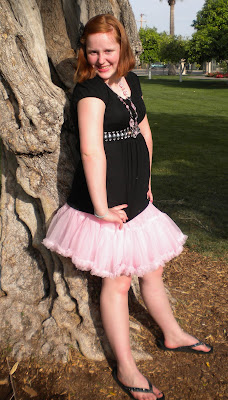 I was really nervous when I was making Emmalee's skirts and Madison said she wanted one.  Are they really a teen thing?  Isn't she a little old to wear one?  I tried to figure out how to make it less full, less fluffy.  Madison soon discovered my plan and quickly put a stop to it!  She wanted full and fluffy. 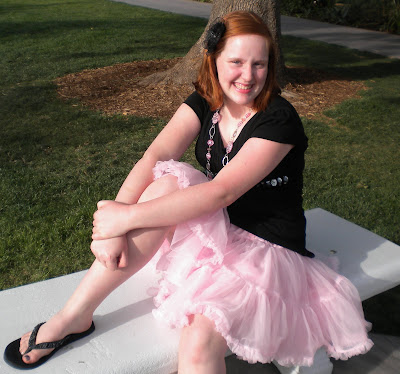 I ended up running out of trim.  Rather than pay the shipping, there is only the bottom ruffle on the outer layer of the skirt.  That was my way of meeting in the middle.  She still loves her petti skirt.  So do all her friends.  Who would have thought that girls trying so hard to be older would love this little girl look so much?  Well, it was obviously a hit 'cause we have something like three more in the making!
at April 23, 2010