No sooner than I had closed the browser from my last post, I felt something wet and the little furry paws of my kitty cat. I looked down, she was gone already. Spinning in my chair, there she was behind me, little legs hanging out of her mouth. She caught another lizard! That would be lizard number three in my house!!! I think we can safely say that the cat was how they got in the other two times. We thought they got in and she simply found them and decided to play. 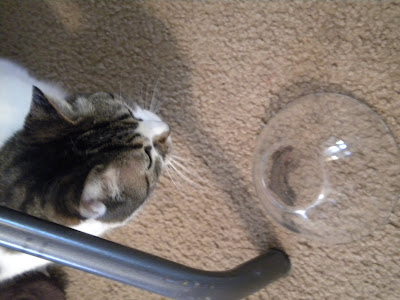 Of course she dropped the bugger! I ran for a cup or whatever I could find. When I came back it had burrowed its head in a piece of fabric under the table. I put the cup over top so I could find something to put underneath, but simply couldn't resist the camera for a sharing moment! Aren't you glad!?! 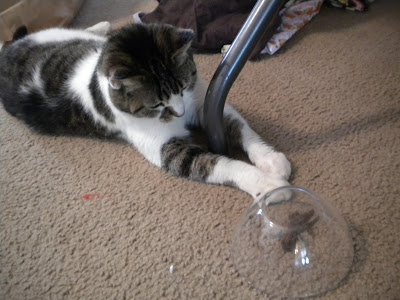 Simply disregard the mess on the floor. I had a slow start today and didn't get the vacuuming done, like I always do first thing in the morning (wink*wink)  Anyone want to move to Arizona now? 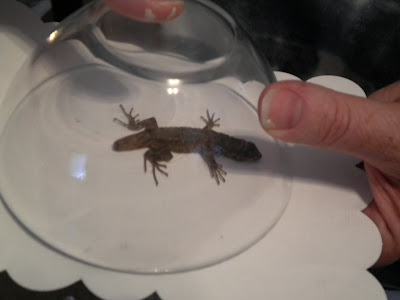 Proof that I saved the guy before he became lunch. Judging by the tail, I think he is one of the guys we had in here before!  Yuck.  I feel gross!  Madison isn't hungry anymore :0)
at April 30, 2010