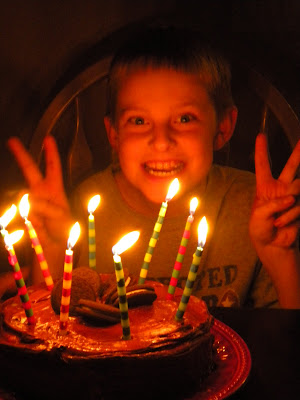 OK, spoiled boy is 9 and wanted a Lego party. We made invitations out of soap boxes, yes, we emptied all of dad's Irish Spring soap boxes, glued cut up toilet paper roll cores(wrapped in paper) to the tops, and spray painted them orange, the only color I had other than black and white. Eli put the written invite inside, along with a handful of legos, and delivered them to his friends. A month or two before I bid on some Legos on Ebay. It was like 6lbs of legos. I bid $35 as my max bid and lost, but got a second chance offer the next day to buy them at $35. The box came in the mail like the next day(all the way from Mesa takes a long time =0) We loved the box overflowing with legos so much we decided to order another. This time I only bid $32 and got them the same way as before. We used one box to build with, the other to give the boys in goody bags. We still ended up with tons left over, yeah for Eli! 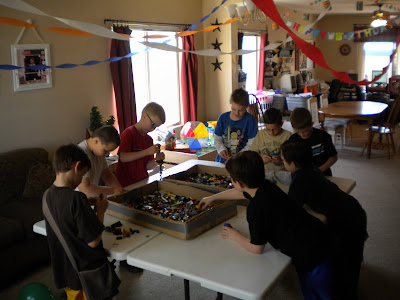 So we had three competitions: Tallest tower-everyone built a tower in like 3 minutes and then we judged and gave out prizes. 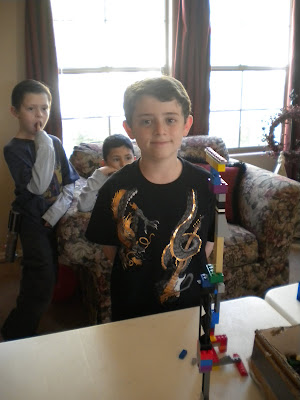 Then we had a mystery build-we had cards that Eli and I came up with, that had things the kids had to build. When 5 minutes was up the kids took turns guessing what each other built, then the kid told what the card said. We gave prizes to each boy like, Most original, Easiest to tell what it was, Most Lego-rific! 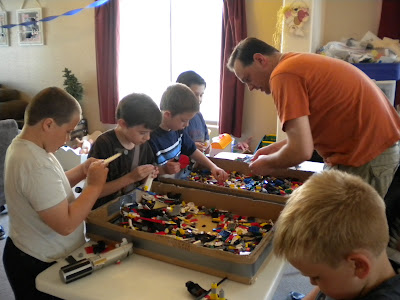 After we ate lunch, we had a car competition. Our lovely grandma had purchased wheels and axles for us at the Lego Store. Each boy had time to build and race a couple cars before the competition. Then they build their best car and we judged and gave out prizes. Then we let the boys take their cars home. It was a huge hit! 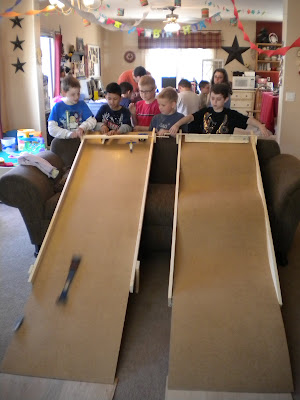